Your thoughts on inflation 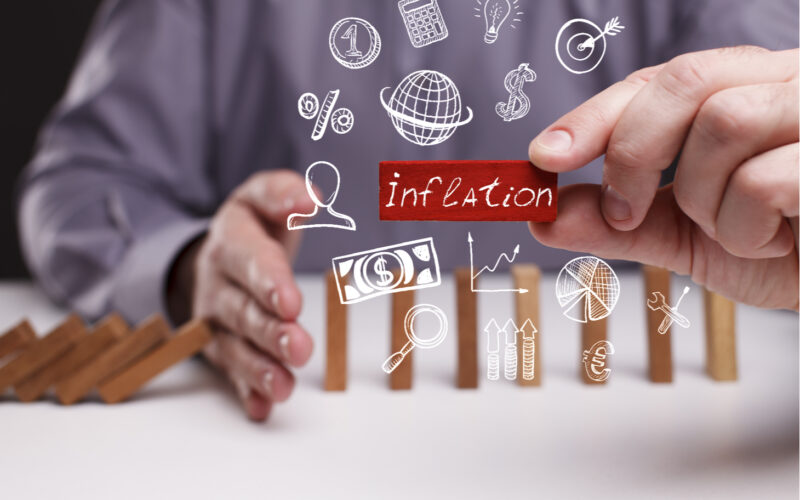 After a few weeks of inflation coverage in Fortune & Freedom, it’s time to hand the reins over to readers. I asked you whether you expect inflation and whether you’re prepared for it. Here’s how you responded…

M.M. helpfully quoted my specific question to you, before answering it:

“Given the level of debt we now find ourselves in – and only partly due to Covid-19 – central bankers face a choice between helping to engineer inflation, or letting their governments go bust. Which do you think they’ll choose?”

Obviously the choice will be to help engineer inflation. Why?   Because central bankers owe their continued employment and ‘good life’ to governments which, if they are allowed to go bust, will inevitably result in them losing their jobs and having to remove their snouts from the lush ‘state-troughs’. So that risk is less if they form an unholy alliance with the government to ‘engineer inflation’ which will, hopefully, be mild enough for the people to suffer it in silence.

Were the people forced to suffer severe inflation, then they would, one way or another, ‘fire’ the government – and both would lose. So the only hope for a win-win for central bankers and governments is a solution which absolutely commits to the people to be ‘losers’.

B.B. had the same answer, but also helped to recall what it really means to be a “loser” under inflation…

Of course inflation is the answer.

I lived through the 70’s as a young man and although it was great for me as I got a pay rise every month under Heath. My dad moaned like mad when he saw his savings reduced in real terms!

This division of society is one which every inflationary period in history brings forth. Most “workers” do well as their wages rise with inflation. The middle classes – those with savings, financial assets and administrative skills – suffer. And those on fixed incomes, living off their savings, suffer most.

Overall, the dislocation of the economy under inflation ends up making the pie smaller. But the redistribution of wealth is especially noticeable.

And it’s important to remember that some people do benefit from inflation. That’s how M.L. remembers it…

Am I missing something? I was born in NYC 1945 and left in ’65 when I joined the USAF and was assigned to the UK. Throughout my upbringing inflation was always there!  Indeed, economists thought inflation a good thing to have. Then, you could depend on compound interest rates for savings. Then, you could depend on consistent wage raises—in NYC, a unionist city. Let the good times roll in the fifties and sixties!

So, what’s all the fuss about inflation! Unless there have been dramatic economic changes that prevent a return to those good times e.g. fiat currency, digitalisation of everything, unbelievable production improvements and market growth??? I say bring it on!!

The potential for inflation to get out of hand under a fiat currency system is real. As is the cost of eventually reining it in to prevent this:

I am dreading the resurgence of inflation, after my experiences in the 1970s. I remember watching my mortgage climb through the single figures into the teens, then into the high 20%s! I don’t want that again, for me or my children.

They cannot comprehend interest rates being in those high figures, so I had to enlighten them about it.

I wonder what the enlightened had to say about it…

N.W. reminded us of the bust which follows an inflation – a fear which kept Austrian and Weimar German central bankers busy after World War I.

“Given the level of debt we now find ourselves in – and only partly due to Covid-19 – central bankers face a choice between helping to engineer inflation, or letting their governments go bust. Which do you think they’ll choose?”

If they had a choice, one would hope they’d choose financial prudency and let the governments go bust. But as they have no independent choice – as you pointed out – they will help engineer inflation. The former ‘choice’ would be tough medicine in the short term, but lead to a faster recovery. The latter course will probably result in hyperinflation followed by a very long term recession. Ouch…

There is no doubt that inflation will be the way they will go at some point, history proves it. The question is when. After the massive debt of the second world war it took 25 years for inflation and high interest rates to take off. As the old saying goes, ”The market can stay irrational a lot longer than you can stay solvent”!

V.J. focused on the fiscal side of the equation:

Government stimulus (with debt) increases demand which eventually creates shortages & this leads to price increases, in other words: inflation. This is dealt with by another dose of stimulus to compensate for the loss of purchasing power.

Result: we soon find ourselves in a “Merry-go-round”, with a bigger dose of the same, until the whole thing crashes off the rails…

This seems to be what happened in Weimar Germany, by the way. It wasn’t so much (literal) money printing as deficits which drove inflation. But that’s another story.

H.J. must what’s called a “public choice economist”. He focused on the selfish incentives of the individuals in power, instead of pretending the institutions they lead have some sort of sentient brain subject to their own motivations.

Engineer Inflation to protect their knighthoods!

M.C.: had much the same argument:

C.M. had me worried when I first began reading, but I then realised that she may be on to something:

There are 2 currencies that are the sine qua non of human flourishing:

Both require a standard against which value is measured.

The standard that emerged for circulating currencies was gold: an incorruptible metal that protected the many fiats from monetary inflation.

The standard that emerged for spoken vernaculars was the Classics: incorruptible literary languages that protected the many dialects from meaning-inflation.

Throughout history, monarchs and governments have sought to ‘nationalise’ both the money supply and education – always with disastrous consequences.

When children become the victims of educational experiments and are prevented from learning to read and count, they do not develop into fully volitional adults. They do not have the intellectual tools to think for themselves. The default position for human beings is tribalism.

This is where we are.

Bitcoin and de fi [decentralised finance] may well be the answer.

J.B. responded to my question whether he was prepared for an inflationary burst:

Am I prepared? I honestly have no idea.

Being younger than 35 I’ve little to no experience of this phenomenon beyond the inevitable rising prices of Cadbury Freddos since the 90’s and no one really interested locally to talk about this coming phenomenon. My father, a conservatively minded and financially astute individual passed away several years ago and the rest of the family seem content to sit on their cash reserves and existing built assets content that everything will be ok.

The complacent are those most at risk from inflation. But cash is liquid, it can be used quickly. There is always time to change the investment mix.

S.C. turned to historical parallels for the UK:

Nick, we have had inflation before. Labour had to go with a begging bowl to the IMF. The result was interest rates around 10pc and large scale cuts in public spending.

Now the debt we carry is mind boggling and when the foreign countries refuse to take our money for goods, that is when the s**t hits the fan. Read about the American trade dollar, 1 ounce silver dollars in exchange for goods, because the rest of the world would not take their paper money. Will it happen again?

Hope all is well with you and yours Nick.

Foreigners are often too smart to hold a nation’s fiat money. The foreign government could just print more of it, after all!

But we rarely extend the same thinking to our own money. During Weimar Germany and Austria’s hyperinflation, people believed that foreign currencies were strengthening, not that the mark and the krone were falling. The foreign currency strength supposedly caused the value of German and Austrian money to fall domestically because more had to be paid for imports…

Under both governments, attempts to control inflation led to what G.B. predicts: “Inflation will give this government the ability to further their control on society.”

More control than they have now!?

Rapid movement from a Covid-19 crisis to an inflationary crisis is just what the politician ordered.

But what should investors do if they fear inflation so much?

Until this week, I thought the answer was obviously gold.

But now I’m not so sure. At least, I’m not sure that gold will be the most profitable option.

When inflation triggers an exodus of money from the traditional financial system, looking for safer shores, a lot of it will end up in a surprising new place.

And that moment is already approaching according to my friend Sam Volkering. Find out what it is here.