The countdown to lockdown 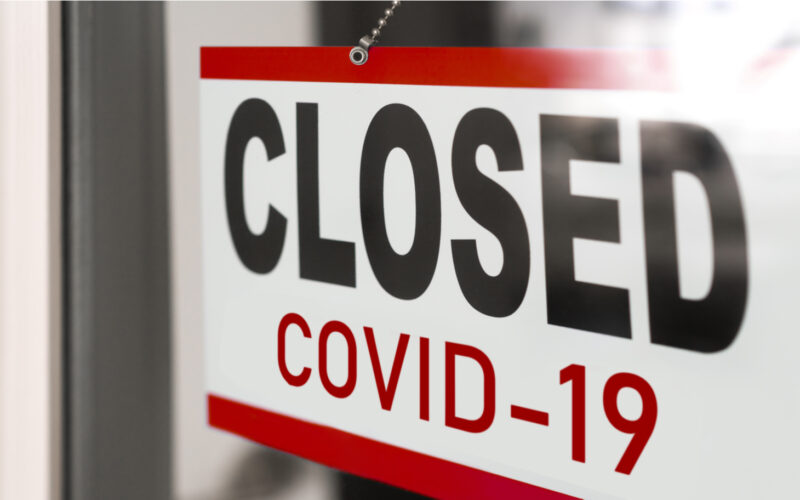 Of course they won’t call it that. But the media and the protesters will. And it’ll feel like one. The countdown to our next lockdown has already begun.

That’s what I told Boaz Shoshan in the latest Southbank Live video. Check it out here.

Today, we’ll look at some of the experts who have the same fears…

“This is a very clear warning sign for the rest of the world. […] If it can happen here, it can probably happen everywhere.” So said Ran Balicer, chief innovation officer at Clalit Health Services (CHS), Israel’s largest health maintenance organisation, in an interview with Science Mag.

Did you hear about the warning sign? Do you think Boris Johnson or whoever is the UK’s latest health head honcho did?

The thing is this: Balicer said it on 16 August. Well, that’s when the comments were published. Since then, the situation has changed. Israel is now a full-on Covid pariah state, with even the former pariah Sweden closing the border.

But it wasn’t supposed to be this way. Not so long ago, Israel was the model nation for the myth that vaccination would be the key to unlock lockdowns.

At the beginning of June, Business Insider put it like this:

Israel is reaping the benefits of its successful vaccine rollout: The nation reported just 15 new daily coronavirus cases, on average, in the last week — its lowest count in more than a year.

The decline in infections has been so encouraging that Israel lifted some of its last remaining coronavirus restrictions on Tuesday. Businesses can now operate at full capacity, and residents no longer have to show proof that they’ve been vaccinated to enter restaurants, sporting events, or entertainment venues.

Huzzah! The pandemic is almost over.

As recently as 30 August, you could read this on CNBC:

Schreiber told CNBC that immunization should be the focus at this stage in the pandemic.

“What we need is vaccination, and vaccination now in Israel is very successful, it seems really to work,” he said. “I’m sure that we’ll see a real reduction in cases in a few weeks’ time, and in severe cases, we [already] see a big reduction. This is what the numbers right now show very, very clearly.”

But then, last week, The Daily Mail gave us an update:

Israel is now the world’s Covid hotspot: Cases soar despite country’s trail-blazing vaccine roll-out – sparking fears other highly-vaccinated countries will be hit by another wave due to jabs’ waning immunity

It got so bad that Israel led the world on per-capita infections!

But notice that the Daily Mail has cottoned on to the implications of the data, unlike politicians around the world. The Australian media is reporting on vaccination rates with a chart that has a target line of 70%. That is a level which Israel reached months ago, back when people believed the line that such levels of vaccination would mean an end to restrictions…

The number of Israeli cases is a fast-moving story. As I write this, Israel reports double the number of cases which previous peaks reached. And the number of daily deaths is at the same level as the second and second highest of its three peaks.

The Daily Sabah on 31 August:

Amid the recent COVID-19 situation in the country, Israel, which often topped lists from Oxford University-based “Our World in Data” for most vaccinated nations, now is leading in another category as the nation with the world’s highest one-week rolling average of new daily infections per million people. According to the Times of Israel, some 716 people have been hospitalized, including 159 on ventilators.

Is Israel’s experience just another case of the Covid worm turning in order to humiliate the most possible people who have expressed some sort of opinion about it?

But I’m worried for a specific reason.

Covid waxes and wanes – we know that. It comes in waves. Therefore, to declare the vaccine a victory at preventing lockdowns and other restrictions based on what happens in various nations is tough to do. We don’t know what would’ve happened without the vaccines. Cases, deaths, hospitalisations and lockdowns have ended many times without vaccines.

Perhaps Covid has already killed the vulnerable who were likely to die from it and so mortality has fallen, for example. Perhaps the unvaccinated and more specifically the unvaccinated who die with Covid are those who should not be vaccinated because of the risks.

The point is that we can’t judge the success of vaccines from individual success stories of opening up once high rates of vaccination were achieved.

But we can judge a failure of vaccines from just one failure. Because it shows that vaccines fail to prevent Covid restrictions. Because vaccinations are supposed to be the key that unlocks lockdowns – which is what Israel had been idolised for.

As Science Mag put it, “With early vaccination and outstanding data, country is the world’s real-life COVID-19 lab”.

And the result? The hypothesis that Covid vaccines would end lockdowns is nothing but an urban myth.

As ever, the solution is to move the goalposts. The Wall Street Journal reports that, “In Israel, Being Fully Vaccinated Now Means Three Shots”. Those pesky anti-vaxxers who only have two are now the new “them”.

Again, I would like to emphasise that a vaccines success story may be due to many factors. But it only takes the story of Israel to undermine the idea that the Covid crisis is over thanks to vaccines.

Uri Shalit, a bioinformatician at the Israel Institute of Technology (Technion) and consultant for the government, summed up the point I’m trying to make: “One of the big stories from Israel: ‘Vaccines work, but not well enough.’” Again, that comment is from 16 August – weeks ago, when cases, deaths and hospitalisations were far lower.

Now that we know vaccines didn’t save Israel, the countdown to our next lockdown is on.