Mellon on the markets: uncertain times 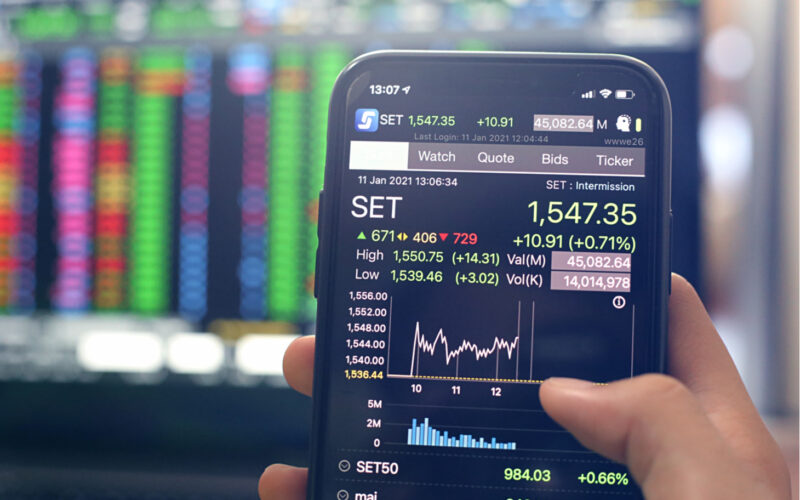 The mass of confused thinking around the Ukrainian tragedy is enough to do anyone’s head in, to employ popular argot.

It really galls me that many newspaper and TV/radio commentators can come out with the twaddle that they do, based largely on superficial googling and biases – and to boot, with a level of strident pontification that belies the fact that NO ONE KNOWS what is going to happen.

I have no idea if the egregious Russian attack on Ukraine symbolically represents the beginning of a new world order, whether it will be a transitory assault or the start of a new and larger scale expansionism by a (deranged?) Putin-led government.

Nor do I think does anyone else, but the strident commentariat on both sides pretend that they know the exact trajectory of this awful debacle – and millions of trees have perished in the publication of their baseless certainties.

Since this is an investor newsletter and not a political polemic, what I think is best is to look at what we DO know – and to work from there.

Russia is a poor (one third of the GNP per capita of Spain), corrupt, resource-rich and dependent country. It has been having a lot of problems in the recent past, including with low growth, misallocation of resources and a lack of inward investment during a period of capital leakage.

Yes, of course, Russia has low government debt as a percentage of GDP and very high foreign reserves of about half of GDP (around US$650 billion), but that won’t last long in the face of determined financial and other sanctions by the West. It would be wrong to underestimate the power of Western democracies to inflict pain on Russia, even if the initial response to invasion was somewhat half-hearted.

No one really (maybe not even Putin) knows what will happen, so let’s get back to basics.

The world may or may not be in the middle of a giant upheaval in established post-world orders, with Russia cosying up to a nationalistic and resurgent China, with the US somewhat weakened and disinclined to continue providing a free security blanket for defenseless European countries. Where there is no doubt in my mind – as I have said in recent missives – is that there IS a realignment in markets that is happening. Investors have to take note and act now.

In a nutshell, I think that the rotation in equity markets from tech and other over-hyped sectors to “value” has much further to run. Banks, commodity producers as well as “old world” steady dividend providers, some of them in pharma, are the leading figures in my equity portfolio, and in particular the UK (which is surely the world’s cheapest market).

I also would emphasise defence stocks, for obvious reasons, in a putative “New World of Investment” portfolio.

Oh, and the agricultural revolution continues apace. With Ukraine and Russian food production in potential turmoil, and phosphate and other agricultural input prices rocketing, the auguries for cell agriculture and precision fermentation just get better and better.

In addition, the crass stupidity of European countries (particularly Germany) in moving away from nuclear power and becoming overly dependent on Russian gas and oil has left a gaping hole which has emboldened Putin in his adventitious endeavour. It beggars belief that the former German chancellor, Gerhard Schröder, was until recently on the board of Gazprom and was promoting the Trojan Horse that is the Nord Stream 2 gas pipeline.

Meantime, China, which accounts for more than half of worldwide coal production, continues to increase its output of the nasty black stuff, overwhelming any efforts by the rest of us to reduce greenhouse gas emissions. Since there isn’t much in the short term to plug the energy transition gap, the price of every type of fossil fuel has been forced to record or near-record levels, further fuelling the now-ingrained inflationary tendencies in the world economy.

These inflationary tendencies, reinforced by very tight labour markets in most major economies, are not going away any time soon. In fact, they may even get worse as central banks refrain from the tightening path that some of them (main exception, China) had latterly been on because of a misguided reaction to geopolitics.

This means that the commodity bull run, which in my opinion, has really only just started, has a lot further to go – and at the Master Investor Show I will be talking about companies in oil and gas, lithium and other battery metals, copper and, of course, gold, silver and platinum. These really should make up a big part of anyone’s portfolio, perhaps as much as half of the equity portion of the average nest egg.

With inflation on the loose, it is important that investors also generally avoid bonds as they represent extremely poor value. Yes, I do realise that in times of stress US Treasury bonds as well as bunds act as safe havens, but the combination of rapidly rising prices and ultra-low yields is nothing other than an incendiary one for holders of bonds.

On top of this, I think currency leadership will shift from the US dollar, which is being daily devalued by the US Federal Reserve, to other currencies. I will highlight those in my talk on 19 March.

I have a couple of exciting new sectors to talk about, and there will be plenty of exhibiting companies to point to during the day.

I encourage everyone to turn out; this represents the first mass outing for us investors in the UK since the pandemic struck us so hard. It’s time we got together again – and I am so looking forward to seeing many old friends.

Three years ago, I bought a flat in Florida (long story) and this weekend is the first time we have been able to use it. It’s great to be able to travel and to swap ideas in person once more.

Jim will be speaking at the Master Investor Show on 19 March. Get your free ticket using the code ‘SOUTHBANK’ here.