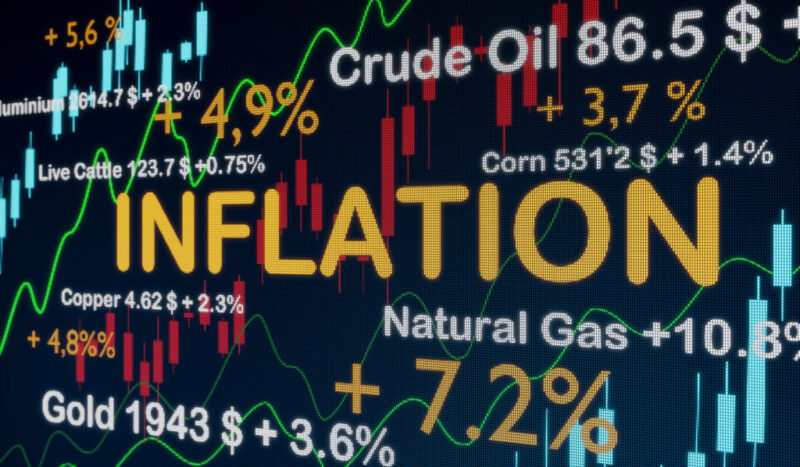 Wobbling bond markets around the world are signalling that Margaret Thatcher’s famous criticism of socialism may finally have been affirmed. They’re finally running out of other people’s money.

In anticipation of the UK’s budget announcements today, billionaire Gina Rinehart’s version of the same idea is even better: “Budget night tonight! So excited to find out who will get my money and how much.”

While Gina still seems to be quite wealthy still, I’m getting worried about other sources of funds for governments around the world…

The most important is of course the bond market, where governments borrow. Or try to. Japan’s government bond markets keep running dry. The UK’s crashed for a few hours a few weeks ago. And the US’s is wobbling, according to the country’s Treasury secretary.

This suggests that lender appetite for government bonds is getting thin on the ground.

Next up on the tour of “other people’s money” are taxpayers. Between record retirement, record illness, higher excess deaths than during the pandemic and an incoming prolonged recession, I’m not sure taxpayers are looking particularly healthy.

Throw in demographic change, immigration shifts and undermining politically incorrect cash cows in the fossil fuel industry and we may be in tax trouble.

But there are always other places for the government to go looking for people’s money. Bloomberg highlighted one:

The head of AustralianSuper Pty, the country’s biggest pension fund, warned against governments looking to tap trillions of dollars of retirement savings as economic crises mount.

How long do you think chancellors will be able to resist the vast pool of assets in people’s retirement funds? How many of “our” problems could be solved if politicians could tap into that money?

Not that I’m expecting the raid to be announced, nor anytime soon. They’ll boil the frog slowly to avoid a rush for the exits of the pension system.

For now, the budget is set to make use of the government’s favourite tax tool – inflation. The chancellor is expected to freeze allowances and thresholds while inflation hits double digits. This will tip people into higher tax brackets and bring down their real wealth in a politically, conveniently subtle way. Or, at least, it’ll be the Bank of England’s fault…

Inflation is, of course, just another tax in and of itself. They call it “seigniorage” in more polite company than Fortune & Freedom. Here’s how it works…

We know that creating new money just raises prices. So it doesn’t actually solve the problem of not having enough. It just creates a different problem.

But have you ever thought about how this new money makes its way through the economy? Most economists haven’t. They just claim money is “neutral” and all prices go up by the same amount…

But, about 300 years ago, the fellow who pretty much invented economics made the unequal effects of creating money the central part of his economic theories. And so we call them Cantillon Effects today.

It’s worth noting that Richard Cantillon is perhaps the only investor to have made out big time from two consecutive stock-market bubbles caused by central-bank largesse. He got so rich that he had to fake his own death and head overseas. But I digress.

One of the reasons we didn’t get inflation from the 2008 quantitative easing is because governments went for austerity in the aftermath. While central banks bought up bonds, governments didn’t spend big like during the pandemic. And so inflation didn’t boom.

But the point is that the government gets the advantage of being able to spend new money. Those who get the money last face the higher prices.

This advantage is what makes inflation a tax. It reduces how much the government has to raise in taxes and borrowings.

The Bank of Japan owns a whopping half of the Japanese bond market, and has been financing the government to an extraordinary extent.

Without this financier of limitless pockets, what would Japan look like today?

We may be about to find out, with inflation finally rising…

Most interesting of all the “other people’s money” which government relies upon is the interest bill. You see, no sane investor lends their money to politicians without demanding some interest in return. But, in the world of central bank-controlled interest rates, that madness can indeed break out… temporarily.

But now, thanks to inflation, interest rates and plunging bond markets, governments are finally having to compensate investors for holding bonds. But can they afford it?

Many developed countries now have debt-to-GDP ratios of more than 100%. And their interest bill will come to reflect the interest rate over time. This means that the same share of GDP as the interest rate will have to go to paying interest on government debt, at least.

For example, at a debt-to-GDP ratio of about 100%, if the Bank of England hikes interest rates to 5%, about 5% of UK GDP will, over time, have to go to paying the government’s interest alone.

Of course, we don’t use GDP to pay the government’s interest bill. We use tax revenue – a small chunk of total GDP by value.

The point is that we may already be beyond what’s sustainable or recoverable. The game is now one of pretences – of pretending that all is well.

But socialism has already run out of other people’s money…

PS Would you pay £16 for a pint of beer? That’s what one Yorkshire pub owner said he would need to charge simply to cover the cost of his energy bills. But it’s not just energy that is sending costs soaring. In September, City AM reported that food inflation had hit its highest rate on record. And this week it’s gone up again… with ITV reporting that research shows there is no end in sight. Sadly, rising bills and an ever-increasing cost of living isn’t the only way this seemingly ceaseless inflation surge will hit your pocket and batter your bank balance. It is eroding your wealth before your very eyes. And it’s not just because of rising food and energy costs. If you want to know why this is and what you can do about it – including three smart money moves that could help you beat inflation – then PLEASE FOLLOW THIS LINK NOW

PPS Our apologies that you were given the wrong contact email to get in touch in yesterday’s edition. Please get in touch via [email protected].

The evil twins of inflation and taxes are robbing you blind

person John Butler
schedule 18 January 2023
“Taxes are the price we pay for civilisation,” claimed Oliver Wendell Holmes, Jr. Judging by the current record high level of taxation in the UK,…

Will “monetary martial law” be implemented in Britain?

person Paolo Cabrelli
schedule 7 January 2023
I have some New Year reading for you. It’s not very cheerful, I’m afraid. But it is very important. Warning you about a profound threat…