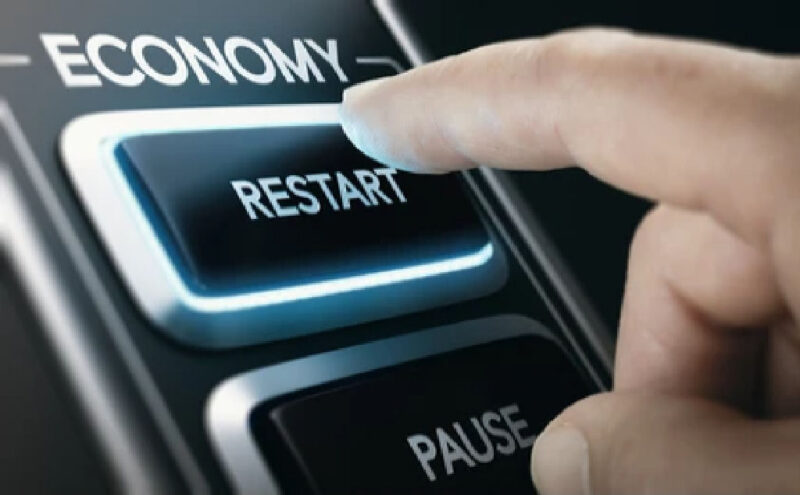 How much of our economy is actually just an unnecessary inconvenience? How much of our GDP is a measure of economic activity that actually holds us back rather than making us better off? How many people are employed to make our life more difficult instead of less?

I often feel like I’m living in a dystopian nightmare. An evil mix of incompetence, red tape and bureaucratic cracks designed for me to fall through.

But the last few weeks has me questioning whether it’s not just me, it’s you too. And whether I’m actually experiencing a systemic issue that has a serious impact on our economy, not just my own sanity.

With recessions knocking on doors around the world, you might think I’d be panicking about declining GDP. Nigel Farage told us what to think about that on Friday.

But, for today, I can’t help wondering about the quality of our GDP instead. And whether that GDP figure is actually just a load of hogwash because it includes a lot of stuff we don’t actually want. Whether we might be better off without a lot of that GDP in order to free people and resources to do something useful instead.

I better give you some examples of what I mean. And, like I say, there’s no shortage from my own personal life right now. But let’s start with an old classic I’ve written about before.

My attempt to get a bank account in the UK was chronicled in real time over a series of weeks in Fortune & Freedom’s predecessor because it became so epic. Today, I’ll give you the short version…

The number of staff which were ostensibly employed to help me open a bank account was extraordinary. But, after a few weeks of trying, I began to believe that they were actually employed in creating, moving, snapping away and lighting on fire the hoops I had to jump through.

It wasn’t just people at the bank though. You wouldn’t believe the list of places I registered at purely in order to try and get my proof of address to open a bank account. I must’ve kept an entire legion of public sector and private sector workers in a long list of industries busy doing data entry and sending me mail. Only for the bank to reject my proof of address each time it arrived.

In the end, I staged a sleep-in protest at the bank branch in Canary Wharf. In response to my growing smell and the uncomfortable affect I was having on the other customers, they eventually offered to give me a foreign student bank account, because this required little ID and no proper proof of address.

But the foreign student account had certain limitations which made it entirely useless to me. Then I realised my opportunity.

I pointed out that, once this account was open, I’d ask them to print off a bank statement and, armed with this proof of address, I’d go next door to open a completely normal account with their competitor.

“Let me see the manager,” was the reply – another person employed and getting paid to do a task that, in this case, was completely unnecessary. The manager agreed to forgo the student account and open a normal one, exposing the previous weeks’ efforts and many hours of protests as completely unnecessary and pointless in the end. But they did generate plenty of GDP and job justification all round though.

But then the dystopia really began. Over the course of half an hour, the bank staff asked me a series of impossible questions about my financial and private life given I’d just arrived in the UK. They told me I have to be employed to get a bank account, I had to be earning a certain amount, which I would be but couldn’t prove yet, and plenty more information that I inherently didn’t have.

The whole kerfuffle was completely bizarre and unnecessary to me. But, like I say, it added a lot to the UK’s GDP. My endless trips in and out of Canary Wharf helped Transport for London. I kept a lot of people busy doing useless jobs. I bought a lot to sustain myself while staging my protest inside the bank branch. And you can include all the same again for my attempts to gain a proof of address from various places.

As far as I could tell from my many hours at the branch, it was much the same for the other customers. Although I was asleep a lot of the time.

As far as I’m concerned it was all a load of GDP that only caused harm, not benefit, and was completely unnecessary. They could’ve just let me open an account, perhaps online, without bothering anyone or recording any GDP.

I used to think it was an issue with my being a digital nomad and moving internationally. But the last few weeks have taught me otherwise. It’s just an inherent part of life, apparently.

The process of buying a house, for example, is truly absurd. The number of people employed to do unnecessary jobs that were artificially created to deal with flaws that don’t exist is mind blowing.

That drama began with trying to change my wife’s maiden name to her married one on our joint bank account.

It proved impossible in the end. Despite the involvement of a lot of people across the globe, generating serious amounts of GDP trying to get together documents that don’t exist or are unacceptable for various reasons. To be honest, I suspect the postal systems of the world would struggle to exist without pointless sending of unnecessary documents. And that’s probably plenty of GDP too.

In my case, translations were bought and paid for, but not accepted, and then translated by the bank themselves anyway, embassy staff did research to no avail and the bakery next to the bank branch knows my wife by her maiden name and married name now.

That means lots of employed and paid work and GDP, for nothing.

After days of trying, I threatened to close my accounts and leave the bank entirely. In response, they suggested we could just open a new bank account under her married name using her new ID instead. Given the end result is the same as changing her name on the existing account, just requiring a lot more effort, paperwork and GDP, I had assumed this wasn’t possible.

That was even more of huge waste of time that kept lots of people employed and generating lots of GDP.

It’s not an entirely new question. Anthropologist David Graeber called it “bullsh*t jobs” in his book of the same name. It’s a book I could’ve written and called an autobiography after having encountered so many of them over the past few years.

The answer to my own question is that a lot of what we call our economy is superfluous. Actually, it’s worse than that because it drags the rest of us down and ensures a lot of our economy never makes it into existence.

Of course, they’re nigh impossible to count. But we all know one when we see one.

Nobody can count or account for the prosperity that never happened because people in bulls**t jobs held us back either, so we’ll never know what the true consequences of the economic nincompoopery really are.

But I suspect that we’d be holidaying on Mars, teleporting to work and have access to enough of our own country’s gas at cheap enough rates to keep power bills low…

But perhaps that’s too optimistic.

Still, if completely unnecessary inefficiencies were eliminated, if people understood the very basic parts of their job (or even their day-to-day lives), if getting things done was possible with common sense, then our economy and prosperity would be dramatically larger.

Politicians could very easily achieve this. But do you think they will?