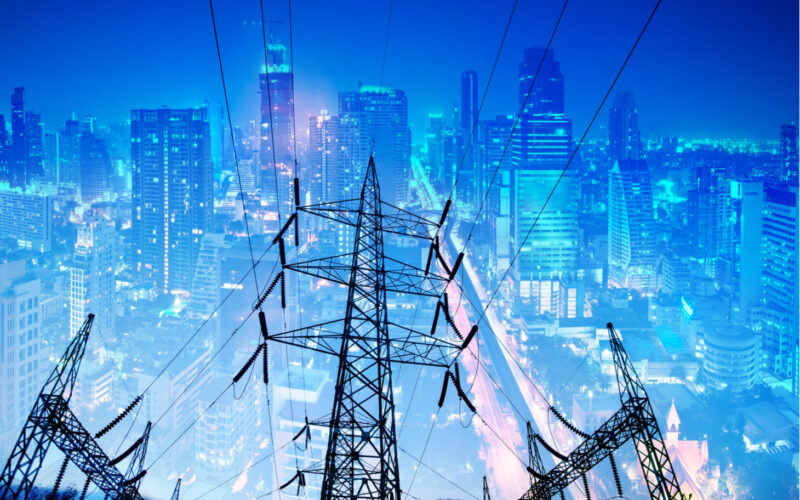 Before we kick off, I better explain yesterday’s headline. It might’ve sounded familiar to you. But, in hindsight, I was too obtuse for anyone’s good. Perhaps because explicitly mentioning Nazis is never a good idea, unless you’re writing about missing gold.

Anyway, prominent Lutheran and Nazi-critic Martin Niemöller wrote the following in… well, you can guess when he wrote it for yourself:

First they came for the socialists, and I did not speak out—because I was not a socialist.

Then they came for the Jews, and I did not speak out—because I was not a Jew.

Then they came for me—and there was no one left to speak for me.

To which I paraphrased my headline, “First they came for our energy and I did not invest – because I was not a climate alarmist.”

Looks awful now, doesn’t it? In very bad taste, at least. No doubt Whoopi Goldberg and Vladimir Putin are equally outraged by it.

But, as a German, Brit and Australian who married into a Japanese family, I consider myself licensed to shrill on WWII matters. Or I’m just tone deaf. But not quite bad enough to give today’s Fortune & Freedom the headline “Climate Change Über Alles” – a reference to the German national anthem. Back to why I almost made that mistake below.

Niemöller, it turns out, was quite a guy. He became a U-boat commander during WWI and refused to hand over his command to the Allies at the end of the war. In a sign of what was to become of the German military today, this refusal to surrender got him fired. And so, he found religion instead.

Big mistake. As religion and state began to face off in Nazi Germany, the Gestapo tapped Niemöller’s phone and things descended from there. He spent time in concentration camps for his trouble.

I wonder what Niemöller would make of China today. Or, rather, the world’s lack of opposition to China today. Instead of opposing human rights abuses, we’ve outsourced our green energy industries there, to take advantage of the “cheap” labour.

I guess, when you look at the world through green-tinted glasses, you can’t see human rights abuses as clearly. And that’s not all you struggle to see.

The European Central Bank has weaselled climate change into its mandate, seemingly at the expense of inflation.

The European Union is engaging in green protectionism, with high pollution goods due to be taxed upon entry into the trade bloc. This will make Europe’s cost of living crisis worse and disadvantage those developing nations which can’t live up to European environmental standards.

The UK government is looking at “jet zero” to try and decarbonise flying, while in the EU, “Airlines will soon be charged more for polluting in Europe, but private jets and Amazon.com packages are set to escape the tougher rules,” reports Bloomberg. It’s going to be enough to make economy class flyers green with envy.

The Financial Times reports that the financial industry is on the bandwagon too: “Investment industry at ‘tipping point’ as $43tn in funds commit to net zero,” and, “Almost half of global assets under management now linked to emissions pledge.”

Even Australian miners are committing to net zero these days.

When supposedly free-market economists urged governments to use market mechanisms to implement their policies, I don’t think this is what they had in mind… but that’s another story.

The point is, everything is going green. It’s not just about energy any more. Monetary policy, mining, flying in economy class and trade with the EU are all subject to green policies.

Or, as I wrote back in June, “Steel manufacturers, cement makes, lumber producers, miners and everyone else will be subjected to the same green mandates as energy in coming years. It seems even cows will face wearing a mask to reduce methane.”

But green energy may be just the beginning. For a very specific reason – geopolitics.

I believe that Russia’s invasion of Ukraine may have exposed Europe’s misguided energy policy blatantly enough to prevent them from making the same mistakes again when they try to greenify the rest of their economy.

Europe has cornered itself on energy, as we have seen in recent events. Take Germany, for example.  Having shut down its nuclear power, Germany fought back attempts to kick Russia out of the SWIFT payments system in response to the invasion of Ukraine because it relies on Russian gas for power now. Several years too late, the German economy minister has announced changes to Germany’s gas storage policies for next winter…

And still, European energy prices are terrifyingly high. So high, in fact, that they’re causing serious trouble for the rest of the economy.

But what if Europe were to get one step ahead as it attempts to turn the rest of the economy green? What if this is the wakeup call they needed to prevent themselves from making the same mistake?

Well, right now, China is the world leader in everything green, ironically enough. From electric vehicles, renewable energy, energy storage and more, the Chinese dominate them almost all.

Chinese companies have 60% of the global solar power market, they installed a third of wind turbines in 2018, almost three quarters of the world’s manufacturing capacity for lithium-ion battery cells and even more of the supply chain.

The implications of this picture should be obvious, at least when it comes to China. China will get good jobs and become the partner of choice for any country that wants to lower its greenhouse gas emissions. It is unlikely to care as much as about how materials are sourced or whether their extraction enriches local politicians in shady deals. The country will also exert control over supply chains, possibly tampering with them when politically convenient.

Now, given what just happened in Ukraine, and given that China is eyeing up Taiwan, do you think it is a good idea to transition Europe’s green economy future from dependence on Russian gas to dependence on Chinese green tech manufacturing?

And yet, what if the current energy debacle cleaned up Europe’s act on going green? What if the Western world woke up to the opportunity of bringing back green tech, manufacturing and research from China, triggering an entirely new home-grown green economy?

That would mean an extraordinary list of investment opportunities as the green version of everything booms at the expense of the… dirty?

And it’s about to happen, according to the only two analysts I would trust on the matter. And they’ve prepared this briefing with the aim to help you and your money get ahead of the trend.