Economic self-sabotage can be surprisingly profitable 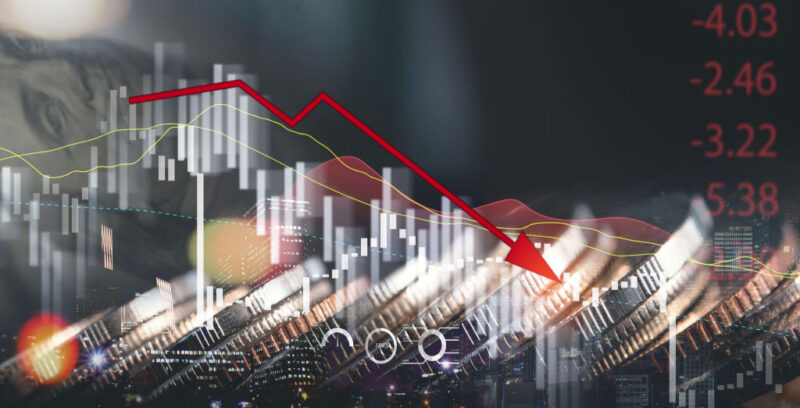 There’s no other way to describe it anymore. Governments around the world are engaging in a long campaign of deliberate economic self-sabotage. And we’re paying the price.

But to whom are we paying it? And wouldn’t you like to be on the receiving end – to profit from the government’s mayhem?

Because it’s not just Putin’s Russia which is raking in the cash as a result of our economic war on ourselves. And you can join those making vast gains from governments’ follies. Find out how below. But first, what is this sabotage I’m on about?

It began by strangling energy production, distribution and supplies. In the UK, the shutdown of a key gas storage site got a lot of the attention, for example.

In the US, the rejection of the Keystone Pipeline forced energy supplies to travel by other less environmentally friendly means, even resulting in oil spills.

But it was energy supply that was the key. Limits on sourcing energy from government lands, the shutdown of European gas fields, and limits on energy recovery technology reduced domestic energy production in a long list of developed economies.

A similar initiative played out in financial markets, limiting the funding available to energy producing companies. The ESG craze became mandated for much of the funds management world, strangling energy investment because it was deemed “bad”. Without easily available and cheap financing, energy production became less viable.

But the world went on using energy, of course. We only changed where it came from.

Adding to the pressure, the obvious solution to all the pressures building up as a result of these decisions was vilified and shut down too. Nuclear power offered secure, clean, safe, reliable power. But many nations decided to abandon it.

And now we’re seeing the consequences of all this economic self-sabotage.

Double-digit inflation is forecast or already here in many developed nations. As are energy shortages, supply chain disruptions and geopolitical crises.

But these are only more opportunities for more economic self-sabotage.

In Germany, energy and heating is being rationed. The German government is even imposing energy restrictions in order to hoard gas for winter!

In another blow for consumers already struggling with surging costs, power prices in Germany jumped to a record as fears about looming gas shortages may mean the government needs to limit output from plants burning the fuel. […]

Germany’s parliament will vote on legislation on Thursday to allow the government to curtail generation from stations not deemed essential for security of supply.

Bloomberg’s headline to describe this self-sabotage is straight out of 1984: “Europe Power Breaks Record as Governments Act to Keep Lights On”.

Yes, that’s how you keep lights on, in the twilight world our governments operate in: “curtail energy generation” and “limit output”…

But even now, in the midst of the crisis, the self-sabotage continues. Government sanctions are preventing key pipeline infrastructure from reaching Russia out of Canada. Russia’s Gazprom has declared force majeure on its contracts to sell gas, meaning it cannot be held legally responsible for failing to deliver gas because of a force outside of its control – the sanctions.

But in whose control are those sanctions? Those doing the self-sabotaging, the ones who made Europe so reliant on Russian gas in the first place too.

The energy crisis has morphed into a food crisis for much of the world. And, with the consequences on display in Sri Lanka, the Dutch government is nevertheless on a mission to ban certain types of fertiliser.

What sort of government restricts fertiliser usage during a food crisis!? One committing deliberate acts of self-sabotage.

No doubt it was all for a good cause though, right? I mean, what cause could possibly be better than saving the planet or preventing a nuclear disaster?

Then why is saving Ukraine from Putin more important than saving the planet?

One after the other, nations are returning to coal power. In fact, 2021 was a record year for coal power generation…

Unfortunately, many Europeans have discovered that their coal comes from Russia, again because domestic supply was shut down…

Poland, a once mighty coal producer, which is also why it is so dependent on coal for its electricity and heating, is having to import the coal from as far away as Australia… Bloomberg’s headline exposes who exactly the sanctions are harming: “Coal-Rich Poland Rushes to Imports as Russian Sanctions Bite”.

And why is nuclear power suddenly safe again – even the old nuclear power plants are being revived in many places. Has the science changed?

But even when it comes to restarting nuclear, we find deliberate acts of economic sabotage. A nuclear power plant’s communications director in Germany has gone on the record directly contradicting government ministers.

He said it was possible to leave his nuclear power plant online instead of shutting it down this winter, and the plant had offered this to the government. It’s just that the politicians won’t accept it. Why? Because it’s not the law…

The nuclear plant’s communications director also explicitly disagreed with the government’s analysis on the availability of fuel rods, making it clear they could be obtained.

Our economies are being sabotaged in every possible way – production, supply, prices and geopolitics. We are doing it to ourselves, or rather letting our governments do it to us.

Just when the lockdowns are no longer politically viable, the economy can be shut down over an energy crisis instead.

Ironically enough, because the EU underinvested in sea import terminals for energy, a huge chunk of the continent’s energy comes via UK ports. As the Telegraph reports, this makes Europe rather vulnerable:

Britain will cut off gas supplies to Europe under an emergency plan that threatens to splinter the West’s response to the escalating energy crisis.

Shutting down the so-called interconnector pipelines to the Netherlands and Belgium would be among the early measures under the plan, which could be triggered by National Grid if supplies fall further in the coming months.

But how do you position yourself to profit from all this personally? You don’t want to end up having to burn wood or Australian coal to stay warm like the Germans and the Poles this winter.

Well, consider that existing commodity producers are reaping the gains from the government’s acts of self-sabotage. Those which have productive oil wells, gas reserves, uranium stockpiles, well-fertilised food and all the other things the world needs.

According to my old friend Shae Russell, it’ll take a decade at least to fix the supply constraints created by governments. And that means a decade of windfall profits for those who have secured resources today.

Where can you find them? Here.