Covid-19 has triggered the age of bitcoin, whether you profit from it or not 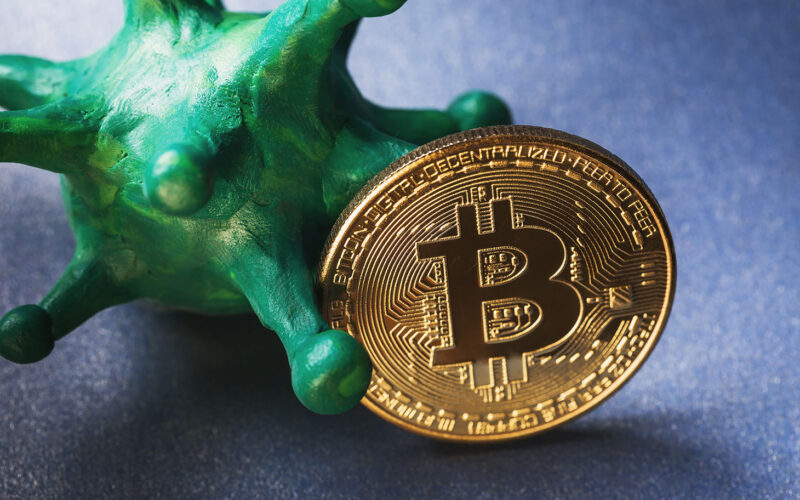 The painful irony of writing newsletters like Fortune & Freedom is that people care about something after it has already happened. Yet we want to write about it before that, to get you one step ahead.

Over the last few days, bitcoin suddenly invaded the Fortune & Freedom mailbox. Many of you cancelled your subscription because we briefly mentioned bitcoin last week. Presuming we’re going to gush about the crypto is, however, mistaken.

Some of the Fortune & Freedom editorial team love bitcoin. Others aren’t so sure. This week’s emails will be an investigation, and you’ll get both sides of the argument.

But why not let a subscriber lead?

I am a huge supporter of you both, your movement and what you stand for. Your Fortune and Freedom venture to help the common person become financially better off is commendable.

Sorry if this email causes any inconvenience, but I did not know a better way to reach you. This email is paramount for what you stand for.

Please, I am urging you to do your research and speak about Bitcoin on an episode of Fortune and Freedom. It is not just a speculative asset bubble or a medium of transfer for criminals. It is essentially freedom and a life raft out of the Fiat System that is being constantly debased by a small group of central bankers and is regressively hitting the poorest in society the most.

There is tonnes of material online if you are not familiar with BTC. Many companies are starting to allocate some of their cash reserves on the balance sheet – that Asset inflation is eating away at – to Bitcoin. Just look at Microstrategy and Square – see Bitcointreasuries.org.

It is essentially Gold 2.0. It is better than Gold. It is in essence a digital mundane (not shiny) gold that has no borders. Imagine that. It is still in price discovery mode because its market cap is around $300bn at the time of writing. It is clear now more than ever that BTC is here to stay.

Golds market cap is $10trn. It does not even have 10% of golds market cap. However, I am confident It will eventually eat up FAANGs market cap and then gold and then finally sovereign debt – it already has got a bigger market cap than a lot of blue chip stocks. Game theory and the network effect will ensure that it will become bigger than what it is today.

It is an insurance policy against monetary and fiscal policy irresponsibility from central banks and governments globally.

That email was sent before the 16 November. Since then, the bitcoin price is up 10%. It’s up more than 300% since the Covid-19 panic subsided in stockmarkets too. And it’s closing in on its all-time highs in December 2017.

Clearly, bitcoin moves, big time. And speculators can make a lot of money. Many have.

But what is bitcoin? And why does it exist?

Those are complex questions. Which is why the same questions have so many different answers. It all depends on who you ask. Which is a pain in the neck for anyone trying to inform themselves.

The biggest challenge I have faced writing about bitcoin is simple. Bitcoin itself may live up to many of its extraordinary promises, which the reader J mentioned in his email.

But the systems which connect you to bitcoin, I’ll call them gateways, often don’t quite live up to the same promises. They are the weak point of bitcoin.

This allows bitcoin’s critics and supporters to argue past each other in dramatic fashion.

Sure, bitcoin can be anonymous, secure and plenty of other things, as its proponents claim. But is the exchange that you buy bitcoin on the same? Highly unlikely.

That’s how bitcoin’s detractors have made so much headway, by the way. And how so many bitcoin scandals have played out. Not thanks to bitcoin itself, but the fraud, scams and government crackdowns which occur around the gateways to bitcoin.

That’s why you need someone who understands the ins and outs of bitcoin when it comes to this reader question:

Many thanks for this perspective on Bitcoin.

I think it would be worth F&F providing some guidance along the lines of “if you wanted to participate in bitcoin then here is our assessments of the options that might be considered with pros and cons?

I have asked the most experience bitcoin investor I know to answer just that. Until he does, I don’t recommend buying bitcoin. Not just because of bitcoin itself, but because of the challenges in getting your bitcoin. This isn’t a low-risk world, as many have learned to their detriment. There are many risks you don’t face elsewhere in investing.

For today, I want to elaborate on the promises of bitcoin. Not how it works, or doesn’t, but why you should care about it. Even if you don’t want to buy in, or even inform yourself, cryptocurrencies will likely affect you.

In 1999, Neal Stephenson published his novel Cryptonomicon. It’s by far the best book ever written. And it’s about bitcoin, believe it or not. Which was invented about ten years later…

Now I don’t think Stephenson is a time traveller. Or, as he calls them in one of his other books, diachronic operator.

If you read Cryptonomicon, you can judge for yourself whether Stephenson really did anticipate bitcoin. And the next step – gold-backed cryptocurrencies too.

But the book does a good job of explaining why bitcoin exists. The need for it.

You can think of bitcoin as anti-establishment money. Now that sounds close to our mission at Fortune & Freedom, doesn’t it?

The creation of bitcoin is closely linked to the 2008 financial crisis and the need to have money that is independent, secure and reliable.

If you remember those days, the institutions controlling your money suddenly seemed dependent on government, not very secure and hardly reliable. And the government was more worried about those institutions than you.

That’s part of the reason why bitcoin operates independently of governments, banks and any other institutions. It was designed as an antidote to the weaknesses of the current financial system. That means it comes with different weaknesses, of course.

Bitcoin’s underlying technology is a verification system. If you’re wondering what bitcoin actually is, that’s the wrong question to ask. The real question is “how does it work?” and “what are the implications of this?”

Because of the verification system, known as “proof-of-work” in a blockchain network, people trust the bitcoin system, despite the lack of intermediaries, facilitators, oversight and control. It is governed by predetermined rules instead of rulers.

Usually, your trust in a system depends on who is administering it. But bitcoin’s network administers itself. In a reliable way. That creates the security it promises.

Furthermore, without institutions controlling bitcoin, it isn’t open to interference from governments, central banks and intermediaries in the same way that our currencies and banking systems are. They can change external laws, but not bitcoin itself.

The vision here is fairly utopian. It makes money something immutable, like gold, but as convenient as our current money. It isn’t that convenient yet, by the way. But we’re getting close as more and more institutions sign up to accept bitcoin.

Yes, this could threaten to undermine the existing currency systems. So bitcoin believers better beware of the government’s pushback.

Here’s the thought I want to leave you with. Aside from places like Argentina and Venezuela, where bitcoin is already used to avoid harsh government controls, bitcoin was a bit of a solution in search of a problem. That’s why, in the early days, many people criticised it as being the currency of criminals. It was used by drug dealers to hide.

However, what has Covid-19 done to this balance?

Governments have shown their capacity to crack down on economic behaviour in extraordinary ways. Bitcoin would allow users to evade any similar financial lockdowns.

Future taxes are likely to be highly onerous in order to deal with vast debt built up in the battle against Covid-19. Bitcoin is state-less money and much harder to tax.

Digital nomads who favour no particular nation are booming in number thanks to the new working from home culture. They likely prefer payment in bitcoin, which doesn’t rely on any institutions to function as a means of payment. A bitcoin economy is emerging.

In other words, Covid-19 has triggered the age of bitcoin, whether you like it or not. And that’s why I think the price is booming.