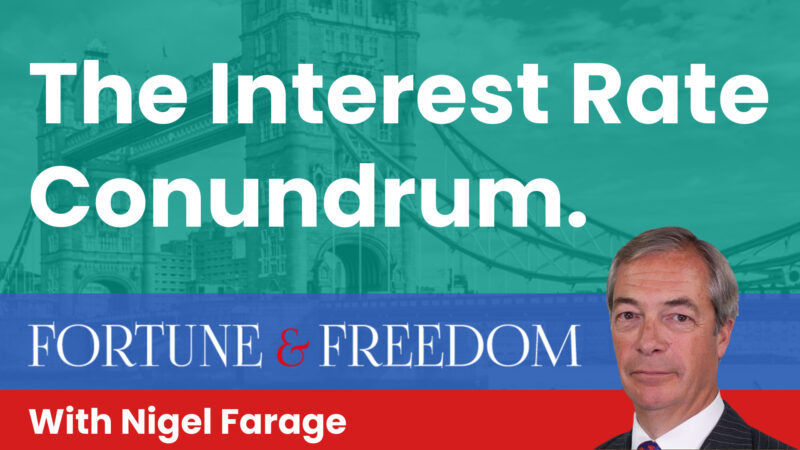 The old spectre of higher interest rates is back in the news. Not despite the energy crisis, but because of it.

But, it’s not that simple…

Will the Bank of England really pull the trigger?

How far can the Bank of England raise interest rates?

What’ll happen if the Bank of England does raise interest rates?

What happened to financial repression – the policy of letting inflation run riot to reduce the government’s debt burden?

And, most importantly, will interest rates be able to rise high enough to rein in inflation without causing a debt crisis first?

Find out what Nigel Farage expects, in this video…