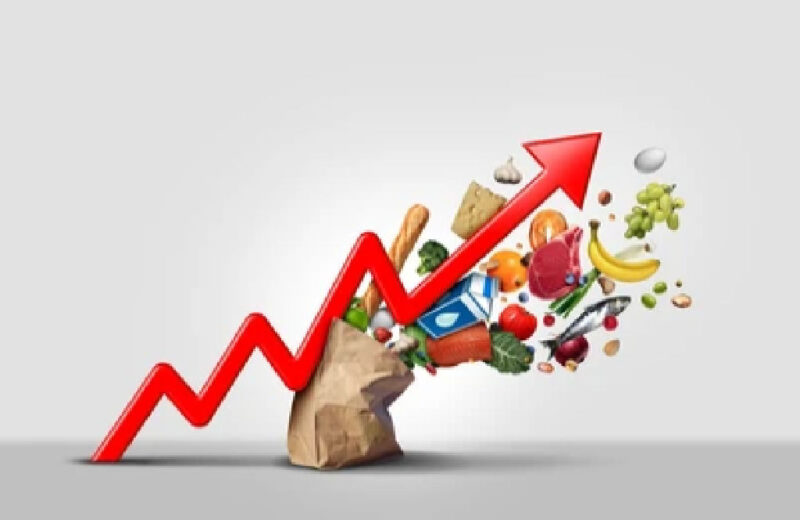 It’s time for some reader mail from your fellow subscribers. It’s great to see a good mix of agreement and disagreement over inflation, the Bank of England and solar power.

This reader kicks off with porridge, honey and nuclear power…

You really ought to do this for a living, you know.

But joking aside, I am now a paid subscriber and mainly due to the steady stream of common sense coming from you.

As I read your articles, two things continually surface in my mind.

Anyway keep it up Nick! I am using my Bank Holiday to catch up on your missives!

Thanks for the compliment. And your point about the nuclear reactor sounds spot on. But I’m not familiar enough with the story.

There’s a distinction which helps make a point though. Engineers are supposed to control nuclear reactors, given that they build them. But governments can only interfere in the economy. They take control of things such as money and rely on flawed interpretations of flawed indicators in order to justify their meddling.

That’s why Sir John Cowperthwaite recommended abolishing the Office for National Statistics to emulate the economic success of Hong Kong. Not such a good policy for nuclear reactors, however…

But let me make some counter arguments concerning equilibrium.

I think there is a definite tendency towards equilibrium. But the idea that equilibrium doesn’t change much is what you’re missing.

Just as the world changes every split second, so, too, does the equilibrium which markets and nature tend towards. Also, we don’t know where the equilibrium is, nor how wide a range equilibrium has. For example, a year has four very distinct seasons, creating significant variations in the weather. But that’s still an equilibrium, once you recognise the annual rhythm.

One of the reasons government policy doesn’t work is that it shifts the equilibrium, and the policy that applied to the old equilibrium no longer works for the new one. The famous Cobra Effect is a good example of this. And, as we’re about to discover in coming months, price controls merely create shortages.

Just because the equilibrium is not a knowable or stable pinpoint of price, supply, and demand doesn’t mean that it doesn’t exist, or that markets don’t tend towards it.

More importantly, markets do a better job than government policies of trending towards equilibrium.

The fact that you can eat porridge and honey on any given day is the proof in the pudding. Unless governments interfere by locking markets down or controlling prices, of course.

I’d just like to pitch a question from a low level, newbie investor who didn’t really know an ETF from a WTF(!), but with the benefit of a Freedom and Fortune subscription, is a bit more clued up on finances and economics than he used to be.

Despite all of the wonderful videos and articles educating me on finances and economics, it appears to me that there are two fundamental things that dictate what happens in the world financially.

Firstly, if energy prices go up, everything goes up in price. The two are inextricably linked. If it costs more to develop, harvest, produce, transport etc “stuff”, then the prices of that “stuff” is going to rise. Until energy prices come down, nothing comes down, and if energy prices keep rising, then inflation will keep rising.

Secondly, governments and central banks work hand in hand to forge policy for their agenda, whatever that agenda is. I find it hard to believe that the governor of the Bank of England didn’t see inflation coming as is often reported. With all his advisors and experts surrounding him giving advice, he knows exactly what he’s doing, although it doesn’t “seem” to make sense, ie putting up interest rates in a recession. I believe the governor has many faces, and you’ll see a different one on different days depending on how the agenda is going.

So yes, there are gains to be made, but the two forces above, I believe, call the shots.

Looking forward to your next article.

If you were employed by the Bank of England, would you have the pension balance to warn the governor that his policies will unleash double-digit inflation? Or would you toe the line and tell him he’s doing the right thing and provide lots of research to back this up? (While also trading stocks off the record based on what you really believe.)

I suspect that central banks are ivory tower echo chambers, and that they are truly surprised by what has happened. In fact, I think they’re completely clueless. If you analyse how much they disagree with each other over what will happen next, and what the suitable monetary policy is, this is exposed.

Also, your two claims seem a little contradictory. If it’s energy prices that are causing inflation, and not vice versa, then the Bank of England governor isn’t really to blame. Central bankers don’t control energy.

Many of us were surprised by the energy price chaos. Not many in the private sector saw it coming.

The problem with economics and investing is that there is so much going on at the same time that it’s incredibly difficult to untangle what’s happening, what’s causing what and what effect it will have on market prices. For every good argument, like P.M.’s above, there’s a good counter argument. People are often right about something, but everything else that’s going on ends up mattering more.

We still don’t know the extent to which inflation has been a monetary phenomenon versus an energy and supply chain shock.

The next reader points out that my solar scepticism has blinded me to the use case scenarios of green energy.

I read your article just as my home battery winked online and started dumping a steady 3.7kw into the grid. It will do this until it is discharged – around 8pm tonight.

In my case this is part of a smart grid set up and run by Tesla, and managed through Octopus. It works very well and as a reward, I enjoy electricity at the rate of just 8p per kw/h. 24 hours a day.

I am not saying this to be smug about it – merely to highlight that there are workable options right now that can save people money. My solar panels are fizzing away all day in this infernal heat and this is also reducing my energy bill. So much in fact that my next plan is to dispense with gas altogether in favour of an electric boiler and electric hob.

The battery is smart and will not charge overnight (cheap rate) if it knows it will be sunny the next day – very clever.

Yes, it is spending money – money that otherwise would lose 10% or more in value thanks to inflation sitting in my bank.

The point I am making is that there are other ways to make your money work for you while as you rightly say – the Government does and continues to make a hash of things.

The trouble with energy is that while it revolves around profit, energy security and pollution will always take a back seat unless the issue is forced through legislation. See how the building lobby managed to get gas boilers off the table for removal a couple of years back? Not such a great idea now, I think.

Thanks for all you do. If you want to publish anything or contact me then feel free to do so.

I’m considering solar too. But I’m not so sure I’ll hook it up to the grid given the amount of government control there is over the power infrastructure…

It seems to me that pollution-motivated legislation has been used to shut down our energy supplies and made us dependent on Russia. Following the profit motive would have left us significantly better off right now.