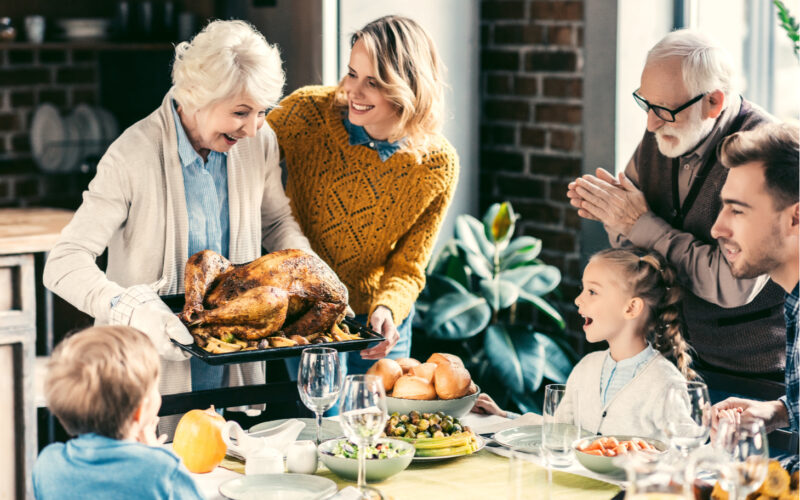 Last week, our American friends celebrated Thanksgiving. It might’ve been the most expensive on record thanks to soaring inflation. But there’s much more to the story than that, especially this year.

I went to American schools in the UK and Germany for a few years, so I’m familiar with all the traditions and tales of Thanksgiving. Unfortunately, Americans seem to have forgotten what Thanksgiving is really all about.

Now, it’s bit rich for me to say that. My first ever school report card, from a very English school, read: “At least he knows the Christmas story now….” So, you might say I’m a little light on tradition.

Nevertheless, every year, I like to tell the tale of what really happened at Thanksgiving.

As ever, I miss the appropriate date until it’s too late…

Still, the next time you meet an American, you’ll be able to tell them they have it all wrong. And that a very important lesson has been lost.

The official version of the Thanksgiving story is that the colonists and the Wampanoag tribe shared a feast in 1621. The colonists had only survived thanks to help from the… Native Americans. A mix of local expertise and generosity was all that prevented the colony from being entirely wiped out by starvation.

But this is a warped view. Let me tell you what really happened…

In the early 1600s, the English King James I implemented a religious crackdown in England and persecuted anyone who didn’t recognise the Anglican Church.

Forty-one Puritans who had escaped the persecution of the Anglican Church and left for continental Europe decided to make for the New World instead. They didn’t want their children to become too Dutch. (If only they knew what Americans are like now…)

They joined others and hopped on a ship called the Mayflower seeking to establish a religious colony based on the Biblical references to the Israelites. They landed on the famous Plymouth Rock (near Boston) and went about establishing a foothold in their new land.

Things didn’t go according to plan.

Half the pilgrims died of starvation in the first winter. Evidence from an archaeological dig indicates the highly religious community even resorted to cannibalism. They may have eaten a 14-year-old girl at one point.

Come springtime, those who pulled through only survived thanks to the kindness of Native Americans. The story of that kindness, expressed as a meal of thanksgiving shared between strangers, is the source of Thanksgiving today.

But those who celebrate Thanksgiving overlook a far more important part of what happened to the community.

One of the features of the new colony, which its merchant financiers back in Europe insisted on, was that everything should be shared. The “common store” and “common share” requirement meant that everything from food, homes and land had to be doled out equally.

William Bradford, the leader of the group, soon figured out what was going wrong with the efforts of the community to grow enough food to survive. Here’s an excerpt from his journal:

For this community was found to breed much confusion and discontent, and retard much employment that would have been to their benefit and comfort. For young men that were most able and fit for labor and service did repine that they should spend their time and strength to work for other men’s wives and children without any recompense…this was thought injustice.

In other words, people were lazy because they didn’t receive the fruits of their labour. Somebody else did. And when you’re starving, that’s not a great incentive to work hard. Nor, when it actually happens to you, do you think it’s a good idea. As Margaret Thatcher once said, “The problem with socialism is that you eventually run out of other people’s money.” Or, in this case, food.

No doubt appealing to Thatcher’s turn of phrase, the colonists abandoned socialism. And, as soon as Bradford breached the agreement with the merchant financiers and assigned land to individuals, giving them the right to keep their own property, “it made all hands very industrious, so as much more corn was planted than otherwise would have been.” There were pregnant women in the fields alongside tiny children, reaping and sewing.

The pilgrims were quickly growing so much food they could trade with the Native Americans instead of begging. They even managed to repay their debts to the merchants who financed them.

The story of Thanksgiving is a story of incentives, property rights and capitalism. As well as what happens when you abandon them.

Ever since, the same experiment with collectivism has failed time and time again. And because food is the most important of goods, agriculture is always the first place where collectivism breaks down.

The rulers that be are eventually forced to give up collectivised farming in order to have enough food at all. The moment they privatised farming is what I call the Mayflower Signal, named after the Puritans’ ship.

The Mayflower Signal also went off in Cold War communist Russia in much the same way as Puritan Plymouth Rock. Communist officials couldn’t work out why their collectivised farms were failing. Mass starvation ensued. (Even when it wasn’t official Stalinist policy.) Eventually, agriculture was gradually privatised.

Chairman Mao’s China experienced the very same signal too. In fact, every government that uses collectivised farming eventually has to change its mind.

But the lesson of Thanksgiving doesn’t just apply to food. In our age of energy shortages, supply chain disruption and mandates, we’re learning all over again the lesson of collectivisation and government intervention. It causes chaos.

The question is, when will a Mayflower Signal go off in our own economies? When will people wake up and begin to blame government intervention? Not soon, argues Nigel Farage.