Britain after Brexit – a review

Let’s first we remind ourselves of the five reasons why Britain can boom as we leave Brexit far behind us.

But which are key to Britain’s impending Great Wealth Revival:

1. Political accountability will make a comeback

It doesn’t really matter how many eurosceptics are elected to the European Parliament. The policymaking, legislative and executive branch of the EU is the European Commission. Which is chosen by Europe’s political leaders, not its people. And so the campaign of European integration will continue, whether voters like it or not.

Political accountability will now return to British policymaking. And I think that’ll usher in a radical change not possible anywhere inside the EU.

Our leaders no longer have the excuse that they’re bound by European directives from our unelected leaders. They’ll be able to deliver on political promises, not just make them. And, if they don’t deliver, the threat of other parties will hold them to account.

It’ll be democracy with proper accountability. Something which we haven’t had for a long time in the UK…

Suddenly, British politics is going to matter again. Because that’s where the action will be. And it’s also where British voters will make their pleasure… or displeasure known, with real effect.

The best example of this is trade. Britain can now make its own trade policy, including trade agreements with Japan and Australia.

Meanwhile, the nation’s inside the EU can’t do so. It’s not in their power – that’s the EU’s.

2. Harmonisation is socialism in disguise

The EU is pursuing a grand project of harmonisation. It wants laws and policies to converge between nations in the EU.

Which actually sounds rather sensible at first. If you’re going to have a customs union and shared foreign policy, it makes sense to converge on other policies too.

A lot of global institutions like the G20 and World Economic Forum have similar goals in mind on an even broader scale.

Either way, there’s an inherent problem with harmonisation. It abolishes competition between governments to make good policies. And that competition is all which prevents the creep towards socialism.

The obvious example that best illustrates my point is Ireland’s corporate tax rate. The Irish kept their company tax very low in a deliberate effort to attract investment. And it worked. It worked so well that my sister was born in Ireland largely thanks to the policy.

But Ireland has caught the attention of the EU’s harmonisation attempts. The EU wants corporate tax to converge. Here’s the problem. Do you think they want the French to lower their corporate taxes to match Ireland’s, thereby making the French economy boom as Ireland’s did?

The only thing stopping nations from raising taxes to painfully high levels is competition between nations. The French can’t raise their company taxes as high as they’d like because companies would just leave for Ireland.

This competition keeps the worst policies in check across the EU. Without it, politicians across Europe will be able to raise taxes and regulation to ever higher levels. If companies can’t escape to the likes of Ireland, they can be taxed far more heavily across the EU. That’s what’s behind “harmonisation”.

But Britain, free of the obligation to harmonise under EU law, will be able to pursue just the sorts of policies Ireland did on many different levels. Regulation, taxes, free ports, trade, medicines and anything else you can think of.

The EU doesn’t fear Britain becoming Singapore on Thames. It fears Britain’s escape from the EU’s high-tax and high-regulation future – that’ll be enough to outcompete.

An Englishman, an Irishman and a German walk into a bar. What makes this joke work is the differences between them, of course.

Apply the same law to those three people and you’ll get wildly different results.

When I was crossing the street opposite our office a few years ago, a bunch of people around me jaywalked. The map-wielding German tourists behind me remarked, “Hier geht jeder so wie er will!” Which literally means, “Here, everyone goes as they like.” In other words, British people just cross the road whenever it’s safe instead of waiting for the traffic lights…

I could’ve responded that, “On the Autobahn, everyone drives as fast as they like…” Something which seems bonkers to Brits. But it works perfectly well for the Germans.

In Japan, people go out of their way to appear conscientious and considerate, even when it’s irritating and inconsiderate. The amount of near car crashes I’ve seen caused by people bowing at the wheel is terrifying.

If you’re ever walking behind a Japanese person who is on the phone, keep a clear distance. They may suddenly freeze and bend over in front of you, bowing to whoever is on the other end of the phone. If you keep walking when they do this… well…

Different cultures have very different perceptions of risk, what’s acceptable and what’s expected. The law is a very blunt tool in the face of all this. But applying harmonisation and law across the EU doesn’t take this into account.

Germany’s banking system is very different to other countries in the EU. Cash use varies wildly between different countries within the EU. Tax evasion and black-market activity varies wildly. Applying a single set of laws on all these different people creates divergent outcomes, not convergence.

After Brexit, Britain will be able to make the laws that make sense for Britain. For our oddities and odd traits, if you are willing to admit we have any…

4. Immigration policy is the key to 29 years of uninterrupted economic growth

In 2020, Australia was struck by its first recession in almost 30 years. That’s a record amongst developed economies.

The last recession – defined as two consecutive quarters of negative GDP growth – was in 1991.

But there’s a bit of sandpaper involved here too. I’ll let the Americans at the St. Louis Federal Reserve clear things up for you…

Australia has had three recessions since 1991 when looking at GDP per capita, […]

However, the fact that we do see economic downturns in per capita terms means that population is growing faster than GDP. For nearly 40 years, Australia has had a higher population growth rate than other industrialized economies, […]

In other words, the Aussie economy only avoided recessions because its population grew and this goosed GDP. How did the Aussies manage this? Well, there are two ways to increase your population… Only one of which I’ll mention here…

The Aussies did it in the same way they do the Olympics. By stealing the world’s best and brightest. With a high-volume and high-quality immigration policy, they kept total GDP growing.

Can you think of any other nation which may be able to try just that, once it can control immigration?

By selecting precisely, the immigrants Britain needs and wants, we can use immigration as an economic policy lever which has proved rather successful for some. We might even let in some more Aussies…

Do you remember the drama about the Brexit bus…?

No doubt you’d rather forget it. But I think it really reveals something very important.

The debate was about whether to use the gross or net figure. We may send a load of money to the EU, but we get a lot back too. Isn’t it misleading to only mention the money we send and not what we get back?

The trouble is, not all of the money which we got back was under our control. It got spent by the EU’s decision makers, not ours.

Brexit isn’t just about the net contribution to the EU. It’s also about gaining back control of the money which we used to send to the EU and got back again as they saw fit.

As former Italian deputy PM Matteo Salvini tweeted, “Each year, we give €6bn more than we receive. We don’t need money from other countries, we’re asking to use our money how we want to.” It’s about control of these funds.

If you have any doubts about who would do a better job of spending British money in Britain, well I did too, to be honest. Then I saw a great deal of EU funded projects in eastern Europe on a trip in 2016. They don’t call them bridges to nowhere for nothing…

Perfect is the enemy of the good

In the film Master and Commander, the Royal Navy ship’s captain asks his surgeon to choose between two weevils wriggling on a plate of bread.

Having reluctantly chosen based on one’s “advantage in length and breadth”, the captain replies to his surgeon, “There, I have you! You’re completely dished! Do you not know that in the service, you should always choose the lesser of two weevils?!”

Faced with the choice between Ursula von der Leyen and Boris Johnson , I know which weevil I’d choose.

This private viewing link will take you to a special webpage, where you can watch Nigel’s broadcast.

It will show you how to take the next step toward financial independence.

But first, here’s a quick word from your host…

Then read this message from Nigel 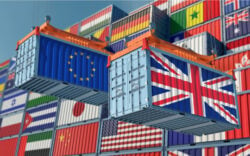 person Nick Hubble
schedule 23 March 2021
In late February we took a look at just how bad things were going for Project Fear. And predicted that Covid-19 would dish out their… 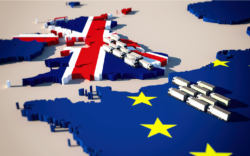 The Brexit Exodus has begun…in the wrong direction 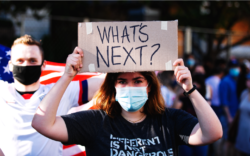 person Nick Hubble
schedule 27 January 2021
Are PCR tests the true source of the pandemic? Can adjusting the tests save us from Covid-19? That’s the question we dig into today. But…