The stagflationary black hole it’s too late to escape from 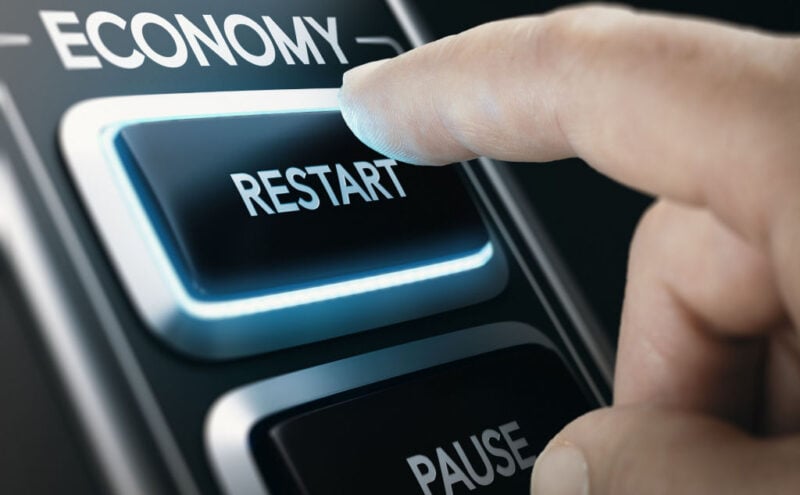 For decades now, economists have warned about the impending demographic time bomb of an ageing society. It’s a prognosis that caught on shortly after they stopped warning about overpopulation.

The baby boomer bulge in the demographic pyramid, they now tell us, combined with rising life expectancy and political promises of snazzy retirements, will lead to all sorts of economic problems.

The economy will struggle to grow because retired people buy less stuff and this will make inflation fall. There will be a shortage of workers, which means that GDP grows less. And dependency ratios will mean that a greater share of the economy should flow to supporting consumption rather than investment in the future.

To sum up, our future would be a bleak deflationary stagnation.

But, don’t worry. As ever, the economists have got it precisely backwards…

You see, they only considered half the equation. It’s a bit like Frédéric Bastiat’s old comment about the seen and the unseen. It’s probably the most important claim about economics, ever. You’ll have to forgive him for being convoluted, but he was French:

In the department of economy, an act, a habit, an institution, a law, gives birth not only to an effect, but to a series of effects. Of these effects, the first only is immediate; it manifests itself simultaneously with its cause — it is seen. The others unfold in succession — they are not seen: it is well for us if they are foreseen.

Between a good and a bad economist this constitutes the whole difference — the one takes account of the visible effect; the other takes account both of the effects which are seen and also of those which it is necessary to foresee.

Now this difference is enormous, for it almost always happens that when the immediate consequence is favourable, the ultimate consequences are fatal, and the converse.

Contrast that with J.M. Keynes’ “In the long run we are all dead”!

Bastiat’s bit about good and bad economists is absolutely crucial to understand. Bad economists only see the immediate and intended consequences of something. Good economists see the unintended and hidden consequences that take time to unfold and that often cannot be measured.

Most of what you can read in the mainstream media about the economy today is exposed by this simple idea from Bastiat, which is centuries old. The media and the economists they quote are focused on the immediate effect. The doom-monger who points out what’ll happen next as a consequence is not given much airtime: that’s because they’re just such downers who advocate the incredibly boring “first do no harm” principle.

Bastiat’s example of his idea in action is known as the “broken window fallacy”. It’s about whether breaking windows stimulate economic growth or not. (Think… the 2008 and Covid economic stimuli.)

The seen consequence of throwing rocks at your neighbour’s conservatory might be to stimulate your son-in-law’s income if he’s a glazier. But what about the unseen consequences?

You’ll have to find out about them for yourself, here, from Bastiat himself.

Let’s get back to our real story.

So, retirees might consume less. But that’s just the seen part of the story. The unseen is that they don’t produce very much at all. At least, not that it shows up in economists’ statistics. Which, of course, means it does not exist…

Once you factor in both the seen and the unseen changes, what do you get?

Well, the demand curve might shift left as retirees consume less, but the supply curve shifts left more. And the law of demand and supply suggests that prices increase as a result of this shift, not decrease.

If people stop producing entirely, but continue consuming, even if it is less than before, then this must be inflationary. Or should I say stagflationary?

Whatever your want to call it, it’s in the news now. We’re getting an early dose of our future demographic experience thanks to the pandemic-fighting policies and their consequences.

The economy was shut down, with people not allowed to go to work or unable to. And yet their consumption continued, even if at a lower level. The result? The price of goods has spiked.

Airlines, right now, are another good example of my thesis playing out. People want to fly, even if it’s less than before the pandemic. But there isn’t the capacity because of a lack of staff. The result is price spikes for flights, combined with less flying. That’s stagflation.

Consider the top story on Australian news as I write this:

The largest company in Australia has dropped a bombshell at a Melbourne event, revealing the scale of a problem that is hurting everyone.

What is this problem? A lack of staff.

Australia used to be able to pick and choose from a world’s worth of willing and able migrants to fill its deserts in order to empty them of resources. But, suddenly, they’ve come up short.

I’d quote more of the article, but it’s a convoluted mess. It blames the pandemic while also making it clear that the pandemic cannot be at fault.

As the chief financial officer made clear, he’s “been travelling around the world recently and [he] don’t know of any economy that [he goes] to – everyone’s struggling for labour.” And, “[he’d] like to find that black hole where everyone’s run to because we’re struggling to find them.”

The workers just aren’t there. Which is remarkable given this news story which appeared alongside Australia’s black hole:

A FIFO [Fly In Fly Out] worker has revealed that she now makes $3,200 a week after tax, as she’s just received a huge pay boost.

British expat Megan Meeke, 27, used to be a flight attendant before starting work in the mines in the Pilbara in Western Australia.

The truck driver in question works two weeks out of three and has all expenses paid during her time on site.

But there’s a shortage of people willing to do the job, for wages like that, globally!

As our demographic destiny unfolds, expect more of this. There will be more stagflationary disasters in our economy as labour is short and prices spike while capacity falls.

I have given economists a hard time about predicting the opposite would occur as demographics shift. However, to be fair, some economists from the Bank of Finland and the Bank of International Settlements recently discovered this stagflation is what plays out in the data going back historically too.

It just goes to show how economics can do an 180-degree turn as fast as epidemiology. The theory fits the data and there’s enough data and theory to put whatever shade of lipstick on the pig you happen to like.

The stagflationary mess is also the reason why policymakers cannot see a recession coming even though one has likely begun already. All the types of economic data you’d expect to see from a recession haven’t really struck because it’s being caused by stagflation instead of the usual recession suspects.

But recessions can happen for many very different reasons. Financial crises, bubbles, unemployment or our current struggles are examples. We are talking about the types of struggles that’ll continue as demographic change unfolds.

For those of you pointing out that our stagflationary spike is nothing like the one we had in the 1970s, when the demographics were practically the opposite to today, consider that stagflation need not only have one cause. It can be caused by many types of conditions.

So, investors and retirees, you can look forward to being blamed for our stagflation in coming decades. I wonder what sort of political consequences that might have…

I’ll show you what to do about all this – and how to invest during stagflation. Watch this space… 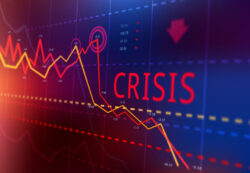