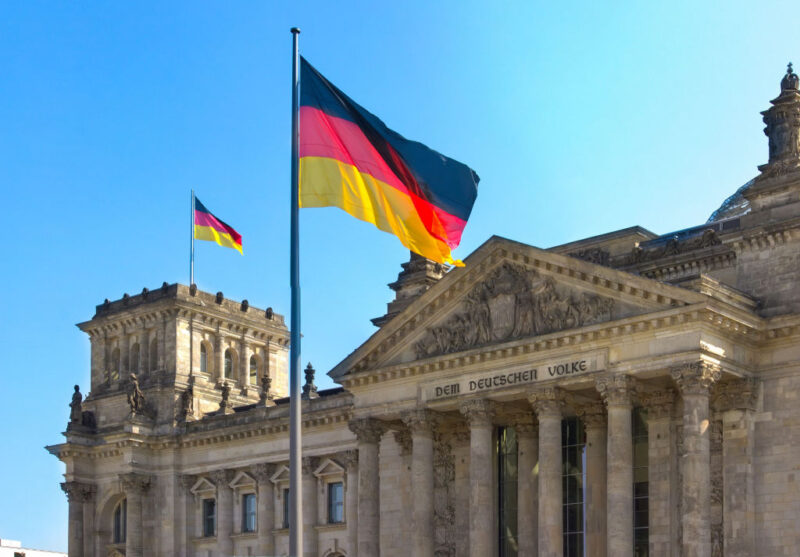 Winston Churchill famously championed the Royal Navy’s shift from coal to oil. Looking back, it seems like a no-brainer today. Unless you’re in charge of Germany’s energy policy, apparently. Whoever is running that show is making the same transition today, only in the opposite direction. But more on that later.

What I didn’t know is that the Royal Navy’s transition to oil wasn’t just about powering boats. It was about geopolitics and projecting geopolitical power.

You see, you can’t just convert your navy to oil. You’ve also got to secure the oil. Otherwise you look like a powerless buffoon, as the current German energy minister can tell you.

But securing oil also requires projecting serious geopolitical dominance. Which Germany is not so good at, but is something that converting your Royal Navy to oil just happens to make possible.

Do you see how it all ties together in one decision? It’s not just about changing the energy mix of some boats, it’s about the surprisingly important geopolitical consequences of doing so.

I know I’m being vague, so here’s how Winston put it:

The oil supplies of the world were in the hands of vast oil trusts under foreign control. To commit the navy irrevocably to oil was indeed to take arms against a sea of troubles. If we overcame the difficulties and surmounted the risks, we should be able to raise the whole power and efficiency of the navy to a definitely higher level; better ships, better crews, higher economies, more intense forms of war power – in a word, mastery itself was the prize of the venture.

But if converting the Royal Navy to oil is “mastery itself”, what does that make a return to coal? A dismastery?

But before we get to the dismasted Germans at last, consider the idea that securing oil doesn’t just require projecting geopolitical dominance, it also results in it.

They don’t call the current global financial system the petro-dollar standard for nothing. The requirement to pay for oil in US dollars is an underpinning of how the US controls the world today. Because everyone needs energy, even Germany, as the Germans have found out the hard way.

Unfortunately, the system was designed to intimidate oil buyers, not oil sellers. After all, it’s the oil, not the dollar, that gives the petro-dollar standard its power in the end. The world can do without the US dollar, but not without Russian energy.

And so sanctioning Russian energy harms the buyers, not just the sellers. As the Germans are finding out the hard way, too.

Energy has a habit of playing decisive parts in geopolitics, as the Japanese can tell you when they visit Pearl Harbor on holiday.

I do have some skin in the game in this story, by the way. A great-grandfather, or possibly great-great, is said to have been part of the team to discover oil in Persia. He also designed the Nottingham sewage system, but that doesn’t sound quite so exotic.

Actually, these days, it probably does in Germany, where the other half of my ancestors spent their time. And I’m not sure whether they would be horrified or pleased with Germany’s latest Energiewende.

Faced with a lack of Russian gas, because they sanctioned it, the Germans are turning to trusty old coal power stations instead.

This reverses about a hundred years of progress on energy, not to mention the attempt to go green, which is what Energiewende means. (This completes the series of sailing analogies.)

The Germans are so worried about the lack of Russian power that they’ve even shelved their ESG regulation plans. Who knew saving the planet was less important than keeping the lights on and fighting Russians with their own oil, gas and coal as your power source?

At least coal works and is reliable.

Perhaps reality is finally dawning on the Germans. Unfortunately, it’s not a very nice reality. Because they shut down their own coal supplies.

The last time I spent time with my grandmother before she died, we went to a museum about this very decline.

You see, my German ancestors weren’t just Germans, but coal miners in the Ruhr valley. Essen used to be coal-central for Germany.

By the time my grandmother passed away, it was labelled the greenest city in Europe and the last coal mine was shut down.

Which begs the question, where is the coal going to come from instead?

That’s right, about 25% comes from Russia…

You’ll never guess what form of Russian energy the EU has sanctioned, alongside gas, which led to the gas shortage that triggered the revival of the coal power stations in the first place.

That’s right, Russian coal is sanctioned too. It’s in the EU’s fifth wave of sanctions.

Europe isn’t shooting itself in the foot on energy. It’s an all-out bombing campaign.

And if you think that’s insensitive, consider this. Lithium, a key part of the electrification of the economy and the renewables boom, may be labelled dangerous for human health by the European Commission. A leading producer of lithium is already signalling pulling out of the EU as a result.

Talk about burning the energy system at both ends…

And, no, Russia doesn’t mine lithium – the irony only goes so far. Friendly jurisdictions such as Chile, Argentina and China do instead.

Of course, all of this was predictable. Actually, it was predicted. Unfortunately, it was Donald Trump who told the United Nations that it would happen. And the world’s policymakers could therefore not act to prevent it (without being accused of supporting him).

“Germany will become totally dependent on Russian energy if it does not immediately change course,” Trump told the UN. The German delegation was incredulous, and the fact checkers put all sorts of labels on the claim.

But now Germany is turning to coal, oil and gas from Russia in an attempt to wean itself off Russian energy…

Had anyone explained to the Germans that they would indeed become reliant on Russian oil, gas and coal, and had that person overcome their disbelief, they still wouldn’t have grasped the true consequences.

It’s not just about energy. It’s about mastery itself.

Where does German dependence leave Germany when it comes to opposing Russia?

Until two weeks ago, the investor’s conclusion for all this was clear: invest in the fossil fuel industry.

As governments are forced to turn back to proven power solutions, demand for those politically incorrect investments would boom. And they were certainly beaten down.

Sure enough, dirty energy was the standout performer of 2022. Until recession fears smacked those stocks in the face too. It’s been the third worst two-week period for energy stocks since the 90s.

So, where should investors turn to now? Here.