Will Joe Biden sink the US stock market by mistake? 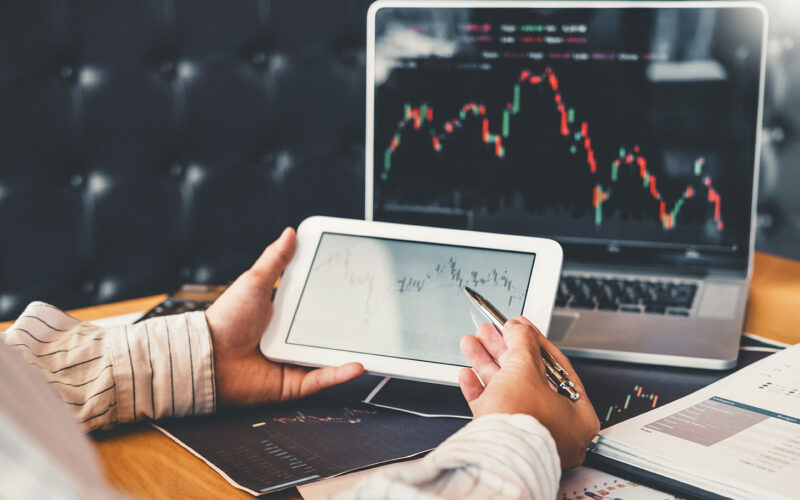 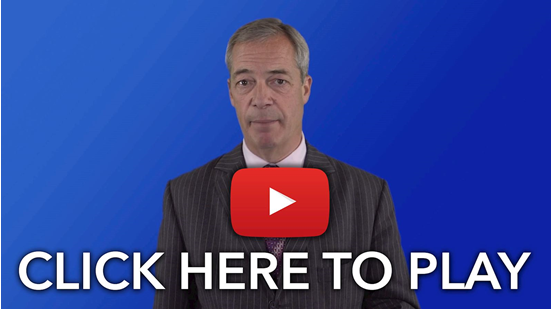 Britain’s Great Wealth Revival is up and running… without you?

Maybe you just missed our launch on Monday? In which case, click here.

Or you just haven’t had time to watch Nigel’s presentation yet.

Perhaps you don’t have the funds to invest in the ways proposed.

Either way, Fortune & Freedom will of course roll on with Nigel and myself. Just be sure it’s an informed decision not to follow us on to our next stage. By watching Nigel’s video for yourself.

Speaking of next stage, I’ve never written an article which encapsulates so many of our themes at Fortune & Freedom all at once.

Investing, the stock market, the US presidential race, social media conglomerates and everything else we like to talk about… except Brexit.

Now I always have mixed feelings when we and others claim something “will have a bigger impact on you than Brexit”. That’s tough to know… It probably irritates some of you quite a bit too…

But I can claim today’s topic will come close. And it’s going to impact Nigel Farage heavily too. Social media is, after all, a key platform through which many of us get to know him. But the US government may have something to say about that…

Before we go on, a quick request. One way to express your support for Nigel and Fortune & Freedom is by following our social media account. Click here to find us and like us on Facebook.

Now, let’s continue with some of the reasons today’s topics matter. Before I expose the golden thread which binds them all together…

About that booming US stockmarket…

The Washington Post kicks us off with an article from August 2020:

Five hundred companies make up Wall Street’s most widely used measure of the stock market’s performance: the Standard & Poor’s 500 index. If it were not for just six of them, the benchmark would be down this year.

Along with Apple, the overachievers — Facebook, Amazon, Netflix, Microsoft and Google’s parent, Alphabet — are household names that have leveraged digital expertise to prosper amid the new, socially distanced reality.

Through Tuesday, these six stocks collectively were up more than 43 percent this year, while the rest of the companies in the index together lost about 4 percent.

That data is months old now. But the key argument is that a select few stocks boomed in 2020, making the year look good for the overall stock market. But other stocks suffered badly.

But it was the article’s subheading which should catch your attention: “Tech titans are flying high, but the companies face mounting pushback from lawmakers, regulators.”

In other words, the US government, and others by the way, look set to spend time and effort targeting some of these companies. That could have a huge impact on their stock performance in coming years.

The plan is to pursue them under anti-trust legislation. More on what that is in a second.

The resolution of such action can be breaking up companies into several smaller and independent pieces. The idea is to bring competition between them into the consumer marketplace.

But if this were to happen, the effect on share prices could be bad. Some of the divisions of the large companies are far more promising, profitable and better performing than others. Competition between them could also hammer all three of those variables, making the newly formed companies poorly performing investments after being split up into pieces.

As ever, examining the history of all this helps enlighten what’s about to happen. And the US government has a history of taking on companies that they deem to be too powerful.

In fact, so called anti-trust law has gone through three phases over the past 120 years. My colleague Jim Rickards recently discussed them in detail in our Australian publication, so let me sum up how he capably set the scene.

Under the first phase – 1890 to 1940 – companies were targeted simply for being too large. This theoretically gave them too much power over consumers and competitors. And so they were broken up into smaller pieces. Rockefeller’s Standard Oil is the textbook example.

The second phase lasted to the 80s. It applied a more scientific approach to identifying “trusts” that were abusing their power. For example, large companies were acceptable if there was still plenty of competition.

From 1980, the US took a different approach again. It focused on whether consumers were benefiting from the corporate behemoths. Companies effectively had to actually do something wrong to be targeted under anti-trust law.

I’m simplifying a great deal, based on Jim’s explanation, but you get the idea. Companies that are too dominant can be broken up under US law.

Social media and some other tech giants have abused the third phase of anti-trust law by falling through its loopholes. They offer many services for free – something which obviously benefits the consumer at first glance. You don’t pay for Google or Facebook, so what could possibly be wrong with it?

But their practices do threaten to breach the spirit of anti-trust law. They acquire competitors, sell consumer’s data and have accumulated dangerous levels of influence and power over society by becoming so ubiquitous.

The US election, the pandemic and other examples of social media’s influences on our lives have demonstrated this rather well recently… Something Nigel Farage has been making people aware of elsewhere and here in Fortune & Freedom.

So, what if anti-trust law were to be rejigged to target these companies? What if the law were changed by the new political winds in the US?

Last week, the US Federal Trade Commission filed a lawsuit against Facebook. It is accused of acquiring potential competitors like Instagram and WhatsApp to try to form a sort of Monopoly.

I think this is just the beginning of an assault on these companies. And investors need to beware. Especially if you hold US stocks.

If anti-trust is successful in breaking up the likes of Facebook and Google, that could undermine the entire US market’s performance. Remember, just a few companies are behind much of the rally in US stocks…

But there’s another angle…

In 2016, I took part in the Free Market Road Show. For three months we travelled around Europe advocating for free market thinking at universities and think tanks.

In Bulgaria, I found myself on a panel discussing the regulatory crackdown on free-market-style innovation companies like Uber and Airbnb. They’d disrupted the government-licensed taxi and hotel market. Governments were struggling with how to fight back.

I predicted that Uber and Airbnb wouldn’t keep their free-market innovative culture for long. Soon they’d become partners of the government, trying to fight off rival companies by embracing and influencing government barriers to doing business. They’d become the very thing they were founded to fight and upend.

And that’s what happened. The companies went from openly flouting regulations to giving in to local regulations in most places and lobbying to rewrite them in others. Airbnb even shared data with the Chinese Communist Party, which made one executive resign in disgust.

The so-called anti-trust campaign against Facebook and others is an attempt by the government to control these powerful organisations, not to disempower them. It will end in a partnership between government and large tech corporations which harms consumers.

Especially us – those willing to speak out against both big government and big business.

The phenomenon is known as “regulatory capture”. Because corporations have so much at stake in regulations, whereas consumers are only lightly affected by each marginal change in those rules, it is the companies which end up spending the time and money to lobby government. Eventually, the industry captures the regulators. They have the bigger incentive to do so.

You see symptoms of this in many ways. Such as the infamous revolving door in jobs between industries and their regulators.

Well, I expect the same sorts of outcomes as the fourth anti-trust campaign kicks off in the US.

Investors and consumers will end up paying the price. Politicians and corporate powerbrokers will win. Nigel Farage’s ability to post his views will become even more constrained. The pandemic and US election crackdown on dissenting views is just the beginning.

It’s all a bit like in politics. It’s when the two sides agree about something that you need to be really worried…So, what should you be investing in instead of America’s global tech giants?

That’s what Nigel and our investment director Rob Marstrand have been working on. Find out what they came up with here.