What if the pandemic and lockdowns are just the beginning of big government? 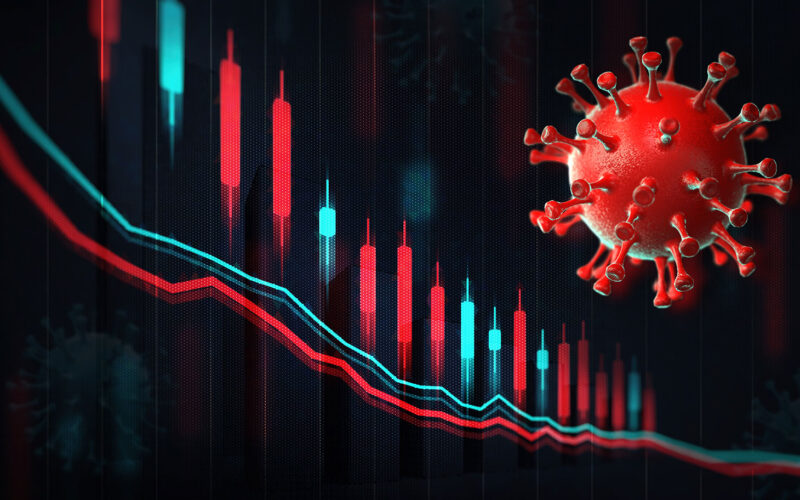 After yesterday’s bitcoin interruption, we’re back to lockdowns today. And we’d left you with a big question on Tuesday. About what the effect of lockdowns would be on government power in the long run.

Whether you believe it’s good or bad, there’s no doubt that government power has entered a new era thanks to Covid-19.

Policies we would’ve attributed to totalitarian governments are now in place in Western democracies. Let’s not remind ourselves of the painful details…

Economic policy is at extreme levels too. The furlough, Bounce Back Loans, debt deferrals and travel restrictions would’ve seemed outrageous not so long ago.

Did we need it all? Was the government only cleaning up a mess of its own making in the form of an unnecessary lockdown?

I don’t know. But I do know some other things.

First of all, all of this is costing money. And secondly, the level of government intervention isn’t going to recede to pre-Covid-19 levels again anytime soon.

Investors don’t have the luxury of dealing with the world as they want it. Not even as they see it. We must deal with it as it is.

So, let’s delve into the topic of government debt and what government policies will remain as Covid-19 recedes.

Who saves the saviours?

If you open a university finance textbook… hmm… I better start again.

The banking industry helps solve this problem by combining savers’ funds and lending it out to credit worthy borrowers – their area of expertise.

Business owners and investors don’t want their wealth tied up in a single firm. They want to diversify to reduce risk.

The stockmarket helps solve this problem by making it possible to invest small amounts across many different companies.

Retirees want to regularly sell small amounts of their assets to pay for their lifestyle, while keeping the rest invested. Part of managing this trade-off is known as liquidity risk.

Bond markets allow you to break up even loans to the government into bite-sized easily sellable chunks. It becomes easy to manage liquidity.

Farmers don’t want the risk of crop prices plunging. Futures markets allow them to lock in a price before they harvest, providing certainty.

Manufacturers don’t want the risk of metal prices surging. Futures markets allow them to lock in a price too.

That’s the caricature of the financial industry. One of them anyway…

But in reality, something different has been going on. Risk has been moving from the private sector balance sheet to the government balance sheet.

Moral hazard is dangerous over time

When financial panics happen, they are faster and more severe than other economic crises. Mostly because debt is a dangerous thing, as we explored in detail on Tuesday. It is binary. Either things are fine, or very problematic. You default and go bust, or you don’t.

Governments have long known about this fragility. Central banks were one of the institutions created to help fight the contagion of a debt crisis.

But the effect of such rescue institutions is actually to increase risk, for a reason known as moral hazard. In short, if you know you’re going to get bailed out, how do you behave?

Badly, according to the 2008 crisis, let alone the moral hazard researching academics. Companies take on more risk when they know the government has their back. And this increase in risk eventually goes bad.

At this point, governments are forced to bail out the failures. They have for many decades now.

The result, over time, is a financial industry that rapidly grows in size and how much risk it takes on. And a corresponding build-up of government debt as each bailout gets bigger and more expensive. It began with small banks and funds. These days, the government seems to be backing everyone financially. The emphasis is on who missed out on government support, not who is getting it.

Eventually, all this rescuing is enough to get governments themselves into strife, as 2010 showed in Europe.

Covid-19 may end up being in a league of itself altogether though. Because it is an economic lockdown more severe and intense than any financial crisis. And government is shouldering even more of the burden than ever before.

If the financial crisis of 2008 was followed by the sovereign debt crisis of 2010, what will 2020 be followed by? How will the likes of Greece pay for Covid-19?

And, in the next financial crisis, years from now, will the government attempt to save everyone again? They’ve set a precedent for saving employees with furlough, small business with Bounce Back Loans and debtors with deferrals.

Will a politician really say “no” to all those people next time?

What would happen to the economy if it expected another bailout for everyone, but didn’t get it?

Policymakers were dumb enough to let Lehman Brothers fail. I don’t think they’ll make the same mistake again. Which is ironic because it suggests you get moral hazard by letting a firm fail too. If the consequences are so bad that nobody would do it ever again, it reaffirms the need to bail out everyone.

At some point in all this, government debt reaches absurd levels. But there’s another underlying issue which never gets any mention in the media. Because it sounds rather harsh.

If you save businesses that fail, you also support failure. Now this may not apply to those businesses which have been struck down by government-imposed lockdowns. If the government is going to introduce policies that cause a business to fail, it should compensate it. Or not do so in the first place…

But consider the broader situation. Business failures free up resources for better use. That’s part of how an economy grows – by improving productivity. The economist Joseph Schumpeter called it “creative destruction”.

Keeping resources in the hands of those who mismanaged them is asking for a long-term productivity decline. Less economic growth, in other words. Because more productive business is prevented from emerging. We don’t use our resources more efficiently over time.

Less economic growth puts government debt at even more risk than borrowing itself. Because that growth is the only way government economists can make our debt to GDP look respectable. They have to make it a projection about 2050.

Not to worry though. We’ve recently stumbled on to a solution to all this…

Central banks will save the saviours

This is where we get back to our point about moral hazard. It applies to governments too now, not just the financial sector and the economy. That’s our key message today.

It’s no coincidence that the first chancellor to have the Bank of England willing to finance his government is so popular. He has discovered the free money tree.

The Bank of England is one of many central banks helping to finance government deficits. It now owns about 25% of the national debt!

While central banks are printing money, who cares about the deficit?

But, just as the backing of government helped banks misbehave, so too will it encourage governments to.

This makes the productivity issue discussed earlier even worse. Nothing is less productive than government spending.

Governments now know they can intervene and spend more than they ever thought possible. What’ll they do with these new-found powers?

The only thing stopping these policies in the past was mantras like austerity, calling spending “taxpayer money”, and the insistence that we couldn’t possibly finance such programmes. But now we know we can, in the short run at least. So, prepare for more of them, not less.

How? In an age where government control is expanding in leaps and bounds, it’ll pay more than ever for investors who can manage their own affairs well. Investors who take back control where they can.

You’ll be nimbler to dodge the threats like taxes and take advantage of the opportunities like Brexit.