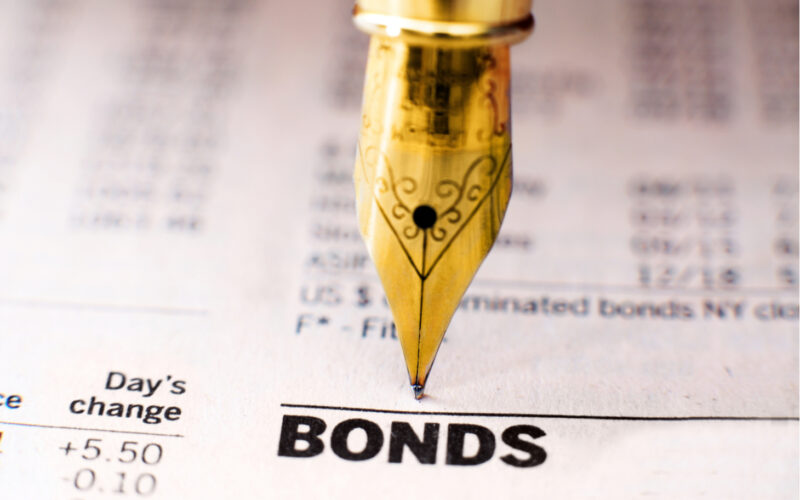 Would you invest in an asset that loses your money each year? Because you’re probably doing just that, via the bond market. But it’s about to get worse. Much worse.

Almost all investors hold bonds, either directly or indirectly via funds and stocks that hold bonds in turn, such as insurance companies. And, while government bonds have been yielding negative real returns for a long time now, meaning that their return is lower than inflation, the rest of the bond market has been gobbled up by inflation too now.

Returns on corporate bonds, even the riskiest sort, are increasingly going negative once you adjust for inflation.  And, unlike government bonds, which are supposedly default-proof, corporate bonds have default risk too. This means you can lose money in more ways than one. In fact, there are two additional ways.

Today, I’ll argue that bond investors are betting on a lose-lose-lose proposition. Either their returns will be below inflation, or defaults will destroy their capital, or bond prices will plunge causing capital losses for anyone who joins the panic and sells out.

You read that correctly. At some point, we’re going to see a panic of some sort in the bond market. And when bond markets panic, it’s far more destructive than a stock market rout. That is because bond defaults are bankruptcies of companies, not just a loss of savings for investors. We’re talking unemployment, a drop in GDP and serious economic disruption. Perhaps we’re talking about a new financial crisis.

Of course, I’m making some big generalisations about bonds here. The bond market, like the stock market, is not a generic blob. It is full of companies offering good returns and bad returns, high risks and low risks, exposures to different industries and assets in different places. But, in this age of diversification and asset allocation, discussing what’s going to wrong with the broader bond market is important.

Nevertheless, it’s obvious what’s wrong – at least when it comes to yields. The return which investors get if they hold the bond to maturity, when the loan is repaid, is simply too low.

Jim Reid of Deutsche Bank has pointed out that 85% of US High Yield bonds now yield less than inflation. (NB High Yield bonds are bonds that are assessed by ratings agencies as being below Investment Grade – and are sometimes referred to as junk bonds.)

That number is extraordinary. It has never been above 10% and only rarely above 0%. Put another way, High Yield bonds have almost always offered a positive real return to compensate for the additional risks – as you would expect.

Over in the euro area, it’s the same, with real yields on many junk bonds turning negative for the first time ever. Reuters reports: “Yields on euro area junk-rated bonds have fallen below the bloc’s inflation rate for the first time: this is a further sign of the scarcity of assets offering investors any real returns.”

The very act of investing in junk bonds bids up the price, which in turn lowers the returns on offer. So, as investors move along the risk curve in the hunt for returns, they reduce those returns too.

But have they forgotten about the risk? We’ll get back to that in a moment.

Bloomberg outlined one justification behind the poor yields:

While [the low yields] means investors lose cash if holding the debt to maturity in the event inflation persists, traders can make money should it keep rallying. That’s been the case for euro-zone junk bonds this year as corporate earnings rebound.

In other words, bond traders are speculating on continued capital gains and ignoring the risk of default and the yield on the bond.

This is a straight up game of Old Maid, where someone gets left holding the bag, or in this case the bond.

This folly is even more obvious for bonds than other financial assets because bonds have a maturity, meaning they expire, unlike stocks, which can at least theoretically go up forever.

Bond traders have turned the bond market into a time bomb by bidding up prices to unsustainable yields.

Alongside bidding up bond prices, inflation is of course what’s turned real bond yields so negative.

“Most market participants think it [inflation] will drop back to the old levels once the Covid stimulus is withdrawn,” said Konstantin Leidman, portfolio manager at Wellington Management International Ltd, which manages more than $1 billion in European high-yield assets. “Should it not be the case, this will be a problem for many financial markets.”

So, if inflation persists, this would expose High Yield bonds to be as bad an investment as they look under current rates of inflation…

But here’s the thing. What else will happen as the Covid stimulus is withdrawn by governments and central banks?

These High Yield bonds have low ratings from major agencies like Fitch, Standard & Poors and Moody’s for a reason. And that reason is the risk of default.

Take away the stimulus measures, and the likely result is a wave of defaults.

Then the yield on bonds won’t matter because of the risk you’ll lose your initial investment.

To use Bloomberg’s metaphor, as quoted above, the bond market is a time bomb.

Of course there is a third possibility, namely a steady and calm downwards movement of bond prices to provide more reasonable yields adjusted for inflation and default risks….

In the unlikely event that the third possibility came to pass, the bond market would still be a time bomb. An adjustment to more reasonable bond yields implies falling bond prices and thereby capital losses for bond holders. That’s because bond prices have to fall for their yields to rise, just as share prices have to fall for dividend yields to rise.

But this capital loss reverses the traders’ incentive for holding bonds in the short term as their prices are bid up. And – assuming that Bloomberg’s analysis, as quoted above, is on the mark – that could mean traders stop playing the game of Old Maid.

Using another metaphor, the traders could make a dramatic attempt to get out of a burning theatre at the slightest hint of smoke.

Bond prices could overcorrect to the downside as nobody wants to be left holding a bond which may default and which pays a yield that doesn’t even compensate for inflation.

If the main reason to invest in something is that “it is going up” then, when it stops going up…

Investors, who are slower to leave a position than traders, would be left shouldering such capital losses on bonds, unless they are willing to hold to maturity of the bond. In which case, they get the current very low rate of return.

As I see it, whether it’s default, inflation, or capital losses, bonds are now a lose-lose-lose proposition.

This may seem bad, but don’t worry, the government is here to help…which means make things worse.

Don’t forget, a big part of what I believe is going on here is financial repression. Governments are trying to reduce the weight of their debt by making that debt worth less over time. Inflation makes money worth less over time and thereby makes debts easier to repay in the future too.

But this only works if interest rates are pinned down, preferably below inflation. If interest rates rise with inflation, then the benefits of inflating away the weight of debt are cancelled out as the interest bill rises.

That is the task given to central bankers. Keep inflation high and bond yields low, without causing panic in the bond market.

Central bankers may be perfectly aware that inflation is dispossessing bondholders. And they may privately be aware that the inflation they’re causing is not so transitory after all. Their true policy aim of rescuing governments from impossible debt loads financial repression requires this deception.

So, what can you do about all this?

Dylan Grice of Calderwood Capital, who was our keynote speaker at a conference in Sydney many years ago, has a unique solution to all this.

In an interview with Wealthion, he explained how his fund tries to find investment opportunities which are not directly related to financial market action. He sees the opportunities in mainstream markets as exhausted and repressed.

At least, that’s what Dylan talks about in part 2 of the interview. Part 1 is about what Dylan makes of the overall situation in financial markets. I can recommend both, even if only for the entertainment value of a thick Scottish accent bamboozling an American interviewer.

Rob Marstrand and Nigel Farage of UK Independent Wealth are also exploring similar idiosyncratic and uncorrelated ideas. They plan to publish a report to try and help their subscribers fight the inflation which the bond market is doing its best to pretend doesn’t exist.

But it does exist. And, as mentioned above, when the bond market players smell the smoke, the crowded market will turn into a death trap for your capital.

That’s why I think you should check out UK Independent Wealth right now.