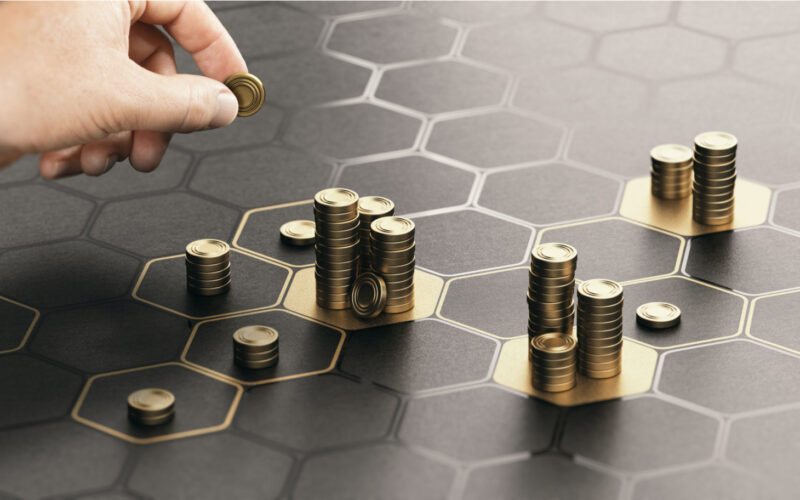 Editor’s Note: In the weeks since this story was published in our sister publication Southbank Investment Daily, Russian President Vladimir Putin has pulled the trigger and invaded Ukraine – and tanked global markets along the way. Today we’re sharing this article for the much-needed perspective it brings. When markets plunge from international turmoil, it’s natural to want to run for the hills – but as this story shows, that’s the last thing investors should do.

In 1939, the 26-year-old investor John Templeton took a big chance…

It was clear that Europe was about to descend into another World War. Most investors were fleeing equities. But Templeton had done some research that pointed to a different course of action.

He borrowed $10,000 from his employer. He looked for the most hated companies in the stock market – firms whose shares had dropped below $1 on the New York stock exchange.

People around him were aghast. It wasn’t like the hard-working, conscientious boy to borrow money – in fact, this was the only time in his life he ever borrowed, either for business or personal reasons.

Templeton’s former boss and mentor tried to warn him that 37 of the companies he wanted to buy faced bankruptcy. But Templeton told him it didn’t matter… “Buy everything, whether it’s in bankruptcy or not.”

Templeton’s splurge on troubled stocks, at the grimmest moment people could remember in their lifetimes, seemed both crazy and impulsive.

But Templeton had done extensive research… he understood the kind of gains that were possible when battered companies rebounded after being written off by the masses. And he knew that many of these firms would receive massive government contracts for the war effort. Templeton correctly sensed that one of the best ways to make money in the next few years was to invest in companies that were supplying the Allies.

And the war wasn’t even over before Templeton multiplied his money… he sold all of his stocks an average of four years after he had bought them in 1939. His original $10,000 turned into over $40,000.

But Templeton didn’t stop with World War II… he was just beginning of an epic investing career that would rival Warren Buffett’s. Over the next few years he would correctly predict America’s post-war boom and profit from it. He also invested heavily in Japan before the recovery that historians would call “Japan’s economic miracle” today.

Like Buffett, Templeton was an avowed value investor. His specialty was finding and pouncing on companies that traded at steep discounts relative to their intrinsic value. “I never made money for clients by buying anything expensive,” he once remarked.

One of Templeton’s triumphs in particular stands out today…

Missouri Pacific Railroad had once traded at $100 a share in the 1920s. It had even paid a juicy $7 dividend.

But the Great Depression drove the company into bankruptcy. The dividend was cancelled. Over the years, the stock became so hated that it was trading at just 12 cents a share when it caught Templeton’s attention.

“The shares went down in price until, when I placed the order, they were selling at twelve cents. So my $100 bought 800 shares of Missouri Pacific Preferred.

“Then when we entered the war, railroads were needed. Missouri Pacific began to earn money again. The twelve-cent share shot up to $5, and I sold it, thinking I was wise.”

Buying shares at $0.12 and selling at $5 amounts to a more than 40-fold, or 4,066% return. But the experience actually offered a lesson for Templeton about the danger of selling too soon… the Missouri Pacific shares went on to trade at $105. Templeton could have made an 875-fold return!

Regardless, Templeton’s performance has secured his place as one of the greatest investors of all time.

Queen Elizabeth eventually knighted the billionaire philanthropist. Money magazine called him “arguably the greatest global stock picker of the century.” Templeton set up his annual Templeton Prize award in 1972, and always made sure its winners received more than the Nobel laureates. He even awarded it to Mother Theresa a full six years before she won the Nobel Peace Prize.

These days, in the thirteenth year of a historic bull market with high-fliers like Tesla leading the charge, many investors consider Templeton’s brand of value investing to be obsolete.

But today, as Russian President Vladimir Putin’s forces amass on the Russia-Ukraine border – possibly about to trigger the biggest conflict since the Second World War, as UK defence chief Admiral Sir Tony Radakin warns – it looks like another “Templeton moment” is here…

“We cannot have another Munich moment”

On 30 January, Senator Bob Menendez of the Foreign Relations Committee in the US Senate said that bipartisan negotiations on “the mother of all sanctions” against Russia were “on the one-yard line.”

He told reporters there would not be a “Munich moment” – referring to the infamous international conference that granted concessions to Nazi Germany but still failed to prevent war.

It seems like the market believes him… the MOEX Russia Index, which contains some of Russia’s largest companies, has drifted down another 1.6% since the senator’s remarks. It’s part of a broader 17% selloff in Russian equities since last autumn.

[Editor’s Note: Since this article was published on 8 February, Putin has of course invaded Ukraine. The Russian stock market lost $250 billion in value on the news.]

If Russia invades Ukraine today, tomorrow, or later this week as US national security adviser Jake Sullivan warns it might, the selloff would probably deepen, at least in the short term, as Russian investors abandon equities amid the uncertainty.

But long-term, it could be a different story. Since he annexed the Crimea in 2014, Putin has taken steps to insulate Russia’s economy from further sanctions. His insurance policies include a $200 billion rainy-day fund, and stockpiling of foreign currencies in anticipation of new restrictions.

And with US President Joe Biden making clear that the United States won’t engage in a shooting war over Ukraine, it’s very possible to envision Russian stocks initially faltering, then roaring back, as the geopolitical situation goes from “terrible” to “less terrible” as it had in 1943 when Templeton took his first string of profits.

As we find ourselves in chaotic and uncertain times, the big question is this: what would Templeton be buying today?

My colleague and Exponential Energy Fortunes chief James Allen has his own very strong views on the answer.

He believes that right now, a single area of the market represents “the biggest investment opportunity of the next decade”. That’s not lip service: the market James has his eye on is forecast to hit $160 trillion in value by 2035.

Right now, James is hosting a full online summit to share everything he knows about this opportunity.

I suggest you get your free ticket to James’s summit here.

But act fast, the doors are only open until Friday.