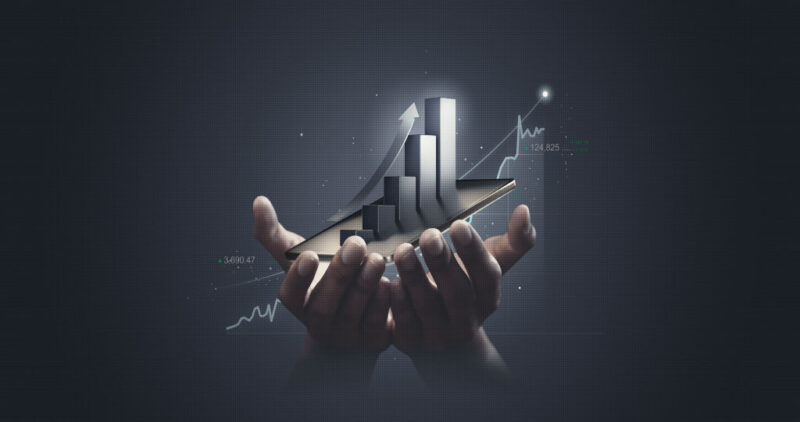 “Profits in the UK are soaring: they’re up 73% at the biggest 350 companies compared with pre-pandemic levels.” It sounds great, doesn’t it? That is until you discover the tweet comes from Richard Burgon MP, Secretary of the Socialist Campaign Group of Labour MPs…

The factoid was followed with the inevitable connection to how socialism would solve our current problems, whatever they might be: “Wages can rise without causing further inflation – you can just cut company profits instead.”

I’m not so sure about the relationship between profits and inflation. Last I looked, companies don’t buy much stuff included in the consumer price index. Wage earners do though.

So, higher wages would still cause higher inflation even if they’re taken out of profits because corporate profits are less likely to be spent on consumer goods.

In the end, capital demands its return, if it is to be invested at all. And the way to get a higher return when wages are rising is to charge higher prices, worsening inflation.

That’s also how higher taxes cause inflation. The old tobacco tax being a nice example. Left wingers rarely have trouble understanding that particular part of economics…

That is not to mention how higher wages reduce the incentive to invest in production at all. If it costs more to produce, companies will do less of it. And, when shortages are what’s causing inflation, that might not be such a good idea for bringing down inflation…

Of course, if wages are rising because companies are bidding for workers, that’s a good thing. And rising wages need not be inflationary, if they’re accompanied by higher productivity.

As we learned yesterday, you have to focus on both sides of the equation. Production and consumption give you price levels. Higher wages raise consumption, but if they’re earned by producing more, there’s also more stuff to spend it on. The price level could go up or down. That’s why the Industrial Revolution was deflationary.

But these scenarios are very different to demanding higher wages because of inflation.

What policymakers are concerned about is triggering what I would call “true inflation”. True inflation is when the value of money falls, rather than prices of stuff rising for other reasons, such as a pandemic and a war.

Distinguishing true inflation from rising prices because of supply and demand is an absolutely crucial skill if you want to navigate the next few years as an investor. Because, if you get the inflation call right, everything else should follow.

The investment mix for an inflationary future looks very different to a deflationary one.

To help you prepare, we’ve decided to put together a plan for investors to navigate inflationary periods. You can find out more about it soon. As you’ll read, “You cannot afford to get this wrong”.

But we’ve tastier fish to fry today. You see, I want to focus on the profits side of the equation. Because the surging corporate profits which our socialist MP wants to carve out are a bit of a worry for what comes next for investors. The profits are rising in the short term because they’re being driven by a lack of investment.

Making money costs money in the first place. So, when profits rise, that could be because companies are no longer investing in future revenue sources.

The money that used to get ploughed into more plant, property and equipment is now going to profits instead. But what does that mean for the future? Less revenue…

If companies are racking up profits, it can be a sign that they lack investment opportunities. We’re speaking here about opportunities to grow future revenues.

This is easiest to understand for mining companies. If their profitability jumps, is it because they’re no longer spending money on exploration and will one day run out of mines, leaving them high and dry?

There’s another angle on the same idea.

Companies have been busily boosting share prices by buying back their shares for years. This was not just outright manipulation to make shares worth more to boost executive compensation. (Fewer shares make each one more valuable and boost prices.) It was also about the fact that executives were unable to find investment opportunities for the cash that would boost the value of the company more than buying back shares.

Capitalism is eating itself – generating returns by reducing prosperity instead of increasing it. They’re trading the future for the present.

Benjamin Anderson explained this in his book Economics and the Public Welfare:

Capital is created when men produce machinery instead of hats and shoes and ice cream, when men build bridges and railroads instead of making phonograph records.

Capital consists of producers’ goods, of instruments to be used in further production, instead of commodities destined for immediate consumption.

What is the importance of capital? It raises productivity. The old Robinson Crusoe stories which economists like to tell show how.

If Robinson climbs up coconut trees and eats coconuts each day, his standard of living remains steady. If he builds a ladder, he gets less coconuts while he’s doing the building, but once it’s built, he can get more coconuts for the same amount of time and effort. The ladder is capital. And it can only be achieved by forgoing consumption while the ladder is being created. Forgoing consumption requires savings – a stash of coconuts to make sure Robinson doesn’t go hungry while building his ladder.

A surge in UK corporate profits is a sign that companies are not building ladders like they used to. They’re not investing in productivity-enhancing assets.

Well, it’s not a very nice environment to invest, is it? When socialist MPs are urging profits to be cut, green environmentalists are undermining the production of basic necessities like food and energy, and lockdowns have mucked up the economy in all sorts of bizarre ways, you’d be brave to invest!

To be honest, I feel a bit odd explaining all this to you. So many subscribers I’ve met or emailed are small business owners. They understand that investing is needed to generate sustainable profits and that short-term profits can be goosed by reducing investments.

Let me know whether I’m on to something by emailing [email protected], along with your permission to republish.

Here’s the bit I’d like to add. It was a lack of investment in future production that gave us our inflationary spike in the first place.

As a result, prices have surged.

And, what the jump in corporate profits might be signalling is more of the same.

Years of supply-crunch inflation might only just be beginning. Are you ready for it?