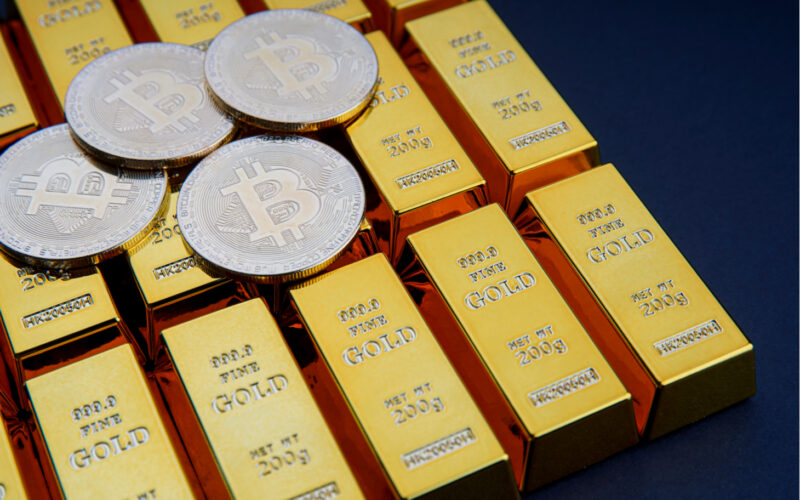 If you want to find out how I believe you should position your money BEFORE gold’s next big surge – read my urgent online briefing, now.

Something exciting is brewing – and here’s how you can move ahead of it.

On Tuesday I asked you which type of gold stock is best placed to profit from the coming gold bull market.

That’s what my Gold Summit keynote speech was about, by the way: the signal of a coming gold bull market and how best to profit from it.

But what did you have to say about it?

Well, many of you forgot to include permission to publish your work in the emails you sent in. But a few readers got back to me in time. First, though, here is a summary of what I found in the inbox…

Explorers barely got a mention in your emails. That’s because the risk of whether they find gold, how much of it, at what grade, where, at what depth and all manner of other factors can have an impact on the share price performance of explorers.

None of these factors are directly related to the gold price itself, only indirectly. This means that gold explorers are unlikely to be a good way to profit from a gold bull market.

That is unless, of course, they already have established deposits. But in that case, they’re really on the verge of becoming developers.

And a few of you were interested in developers in your emails. Like me, you think these stocks may be in the Goldilocks Zone of a gold bull market.

Developers’ mines will begin producing in a few years’ time – when the gold price is higher in a gold bull market. That’s how they benefit from the rising gold price.

Dividends from established gold producers got a few mentions too. But not many. More on why that is so follows in a second.

The winner in all the emails we received on the topic, by far, was royalty companies. These stocks help fund other gold miners’ projects in exchange for a share in the projects’ return. That means they’re diversified. It’s almost like having a fund manager on your side who picks and chooses which projects to back for you.

Thanks for all the emails you sent in.

There was some especially brilliant analysis from C.S. which I’m desperate to share with you. I’ve added emphasis to the really insightful bits:

I would expect the royalty companies to do well – they will be selling the gold they acquired the rights to at yesterday’s prices for tomorrow’s prices.

Marginally profitable miners will do even better. Their marginal profits will be multiplied many times over.

Many businesses with large stocks and slow turnover went bust in the 1970s – while their proprietors thought they were making money hand over fist, because they failed to appreciate that fact!

I am a little leery of the big miners, because gold discoveries are growing fewer and less economic to mine. ‘Restocking the shop’ is going to be increasingly expensive.

A well managed miner acquires and develops resources during the bad times, and exploits them during the good. That requires a strong balance sheet, and strong discipline. All too few miners have either, let alone both.

Keep up the good work identifying the plums amidst the duff. In fact, re-double your rigour!

Most of all, though, it depends on you. That means your risk profile and what you’d like out of the investment really matter. I despise it when financial advisors say this like it’s a regulatory requirement without explaining what it really means. So, here’s a little more detail…

If you’re hoping for an income stream, then buying an explorer simply doesn’t make sense. It will likely be bought by a larger miner long before dividends start to flow.

If you want to buy and hold your gold stock indefinitely, I’d be wary of the large miners for the reasons C.S. outlined above. Towards the end of the gold bull market, there companies will likely be overpaying for gold discoveries that value the gold at higher prices than the past production of the big miner was sold at. Adjusted for time, they’re making losses…

Income investors should be looking to large developers that have secured a decade or more in production and are on the cusp of beginning this.

Now on to another email, but this one is a question:

What puzzles me as a prospective investor in gold is that looking at the spot price, currently around $1,800 an ounce, it appears to be at an all time high for the past couple of decades. Conventional wisdom would tell us to buy low and sell high.

That’s a great question. My Japanese father-in-law invested in gold two decades ago, timing his entry point beautifully. I was excited at the prospect of a gold enthusiast in the family, but when I asked him why he bought, he responded that it was purely because the yellow metal had fallen out of fashion so much and the price was cheap on a long-term chart.

The challenge when it comes to any long-term analysis of prices is that there is a lot of distortion. Inflation, the cost of producing gold, the emergence of China and the boom in India, just to mention a few.

For example, on an inflation-adjusted chart of gold, we may actually be at very cheap levels. Unfortunately, even the way we measure inflation has radically changed since the 70s, so that analysis is not comparable over such long time periods either.

Consider that gold may be cheap relative to how much money has been printed during the pandemic. If inflation kicks in, it’ll be the value of money falling, not the gold price rising. In that environment, gold stocks offer the leverage you need to actually get off the hamster wheel and to make genuine profit.

Just be sure to choose the right sort of gold stocks to suit you and the phase of the gold bull market.

For those of you who missed the Gold Summit, but are interested in gold and gold stocks, click here.