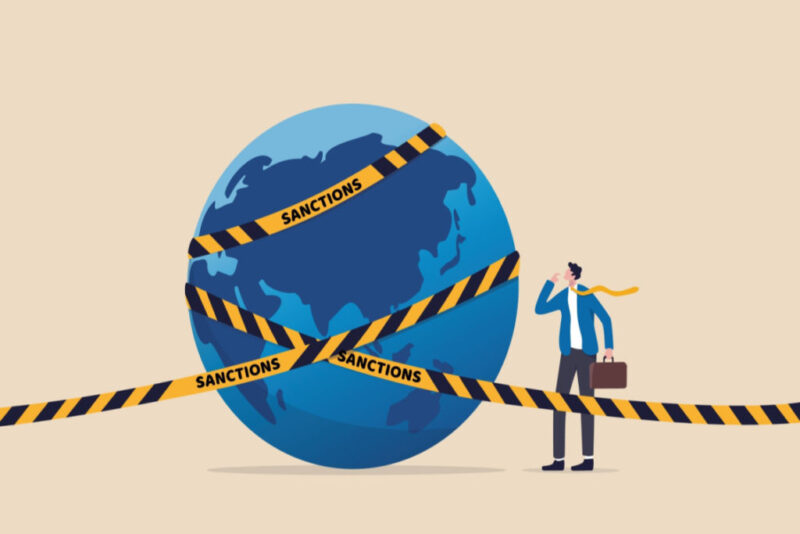 The recent rally in the stock market was triggered by a perceived pivot in monetary policy. While I’m not so sure central bankers have actually changed their mind about tightening monetary policy, a far more important pivot may be taking place right now in the world of energy and geopolitics: a de-escalation of the Ukraine crisis and the European energy crisis with it. You could call it a Putin Pivot.

It’s only a whiff of change for now. But investors make money by anticipating change. And so I want to make you aware of what I’ve noticed…

It seems to me that the political, geopolitical, media and economic winds have shifted in favour of prioritising European energy supply over punishing everyday Russians for their leaders’ crazy invasion of Ukraine.

An end to self-imposed sanctions could, after all, suddenly end Europe’s energy crisis and perhaps even solve the inflation crisis with it…

But what makes me stick my neck out and say the world is about to placate the bear? Lots of small signals…

Back in March, French politician Marine Le Pen argued that sanctions on Russia “would mean sanctioning the French people, French enterprises, the French economy which would need years to recover.” She also said that, “Trying to harm Russia by committing harakiri is a poor method.”

Why the elaborate metaphor? “In this case, our economy is running the risk of dying first and it seems like nowadays that’s what we are aspiring to do.”

With French electricity prices now around ten times higher than in the years before the pandemic, with France’s EDF facing a €5.3 billion loss instead of record profits on record electricity prices, and with France facing blackouts, I think Le Pen was only exaggerating a little with her metaphor.

Then again, it isn’t winter yet…

Le Pen isn’t waiting for the proof or the pudding though, recently telling the French Parliament that they need to end the sanctions now: “Europe is going to face a blackout, notably on the question of Russian gas imports. These sanctions are simply useless. All they do is make Europeans suffer. And that, incidentally, includes French people.”

Agnès Pannier-Runacher, France’s minister for energy transition, responded by saying Le Pen “may pride herself as being the most patriotic politician, but she’s actually the first to be ready to sell [France] for a plate of lentils to Russia.”

To which the French probably responded, “Cooked or uncooked?”

My point is that those radical politicians around Europe arguing for an end to sanctions on Russian energy are likely to get the upper hand in coming months as winter approaches and energy prices remain high. As Nigel Farage knows better than anyone, this portends a shift in policy from the major political parties too, unless they want to lose power.

In Germany, the same shift is afoot in the mainstream media’s narrative. Until now, every Western media outlet backed Ukraine as though their life dependent on it. But Die Welt’s article, which I’ll translate part of, has the headline “President Zelensky’s Secret Business”.

The exposure of offshore accounts, a film that cannot be shown and then “Wagnergate”. Two journalists uncover in which war Ukraine already found itself in the Summer before Putin’s ambush. Especially, a scandal that exposes the President.

The Germans are also keen on those lentils, it seems…

This bit probably made Julian Assange weep: “Amnesty International deeply regrets the distress and anger that our press release on the Ukrainian military’s fighting tactics has caused.” Usually, using civilians as human shields is supposed to cause distress and anger…

Another sign of the loosening reins on Russia is the release of the turbine which Gazprom needs to operate Nord Stream 1. The Germans even made a song and dance about how available it was and how there’s nothing stopping it from being used anymore.

The EU has also delayed the decision to shut Russia out of maritime insurance – a move which the Financial Times had described as “the most comprehensive restriction to date”.

Some sanctions are already being lightened, as the Financial Times reported: “Brussels in late July amended some curbs on dealing with state-owned Russian companies, citing concerns over global energy security.”

Despite all the tough talk, “There is no current UK ban affecting global shipments of Russian oil,” according to Patrick Davison, underwriting director of the Lloyd’s Market Association.

And get this from the Financial Times:

Sarah Hunt, a partner at HFW, a law firm, said trading houses were inquiring whether it was now legal to buy Rosneft oil to ship to countries outside the EU.

“The new EU sanctions effectively permit the lifting of Russian crude by European companies. We were surprised by this,” she said.

Leigh Hansson, partner at Reed Smith, another law firm, said the EU’s sanctions amendment was a “big retreat”, adding that lawyers had also been expecting “more robust” measures by now from the UK.

If I’d used the words “big retreat” over the war in Ukraine, there would’ve been some nasty name calling in my inbox…

Geopolitical strategist Jim Rickards has long been pointing out that the sanctions may be purely symbolic given their delayed implementation and porous nature. Now even those are being rolled back…

The reasons why are obvious. The signs of Europe’s struggling economy are getting too painfully obvious.

Across Europe, Gas-Strapped Cities Prepare to Power Down

Energy-saving limits on lighting and air-conditioner use have drawn heat in Spain, France and Germany.

The chemicals manufacturing giant BASF is shutting down 80 plants. Which is going to have some significant flow-on effects.

Another reason I’m expecting a Putin Pivot from the Europeans is the growing discontent between European governments. Just check out these headlines:

The Guardian: “Britain may stop supplying gas to mainland Europe if hit by shortages.”

The Telegraph: “Britain dependent on imported power to keep lights on this winter, says National Grid.”

The Express: “‘Norway first!’ Panic as UK’s BIGGEST importer of gas poised to cut supplies off.”

And my personal favourite, also from the Express: “UK facing heat pump crisis as EU bows to eco mob and bans critical supplies.”

As in-fighting within nations and between nations escalates, something will have to give. And I think it’ll be the sanctions that go.

But what happens next? Do we go back to being reliant on Russian gas again? Or do we finally heed Donald Trump’s warning and become self-sufficient?

If you believe the Ukraine crisis has triggered a radical energy security rethink, you might be looking for a way to profit from such a shift. And my old friend James Allen has found one, stay tuned for more information.