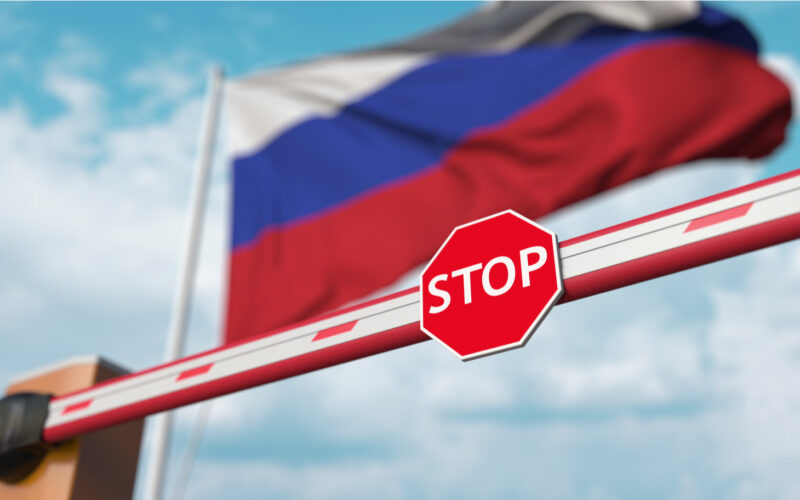 It began… well, it began a very long time ago. But the latest round began with the ousting of Ukraine’s leader Viktor Yanukovych. He had refused to accept an EU association agreement because it would’ve put the country’s trade deals with Russia into question.

A coup reversed that decision nicely. They called it the Euro-Maidan Revolution. And now Ukraine is a candidate to join the EU. Which sounds good, but you weren’t there to see my friend get marched off by security forces at the airport in Kiev in 2016…

Since the revolution, Vladimir Putin has been plotting and waiting to enact revenge. First he took Crimea and now he’s trying to take Donetsk. His secret weapon is the same as ever for the Russians: the dangerous combination of European hubris and something the Russians call winter.

There’s a famous graphic showing Napoleon’s doomed march into Russia. It shows the path, but also the size of his army as he progresses. The numbers steadily dwindle as he makes the journey into Russia and then returns with a fraction of his men left. The world came to blame the Russian winter for Napoleon’s defeat.

The Germans were also turned back by winter in World War II. They ran out of energy after failing to secure Russian oil – a key reason for invading Russia in the first place…

Today, history is rhyming so nicely that Vladimir Putin is probably dancing to the same tune.

The EU is fighting over the ability to expand its empire to the East, again. And, again, they’ve underestimated the Russians, their own dependence on energy, and the importance of winter.

The fact that Putin was willing to go to war in Ukraine was a complete surprise, including to me. But it shouldn’t have been. There were plenty of warnings. Both in the short term and in the long term.

This MSNBC warning points out that the warnings were so thick on the ground that people were getting sick of them:

Washington’s warnings that Russia is about to invade frustrate Ukrainians

“Keeping the whole country in such a state — ‘tomorrow the Russians attack’ — is impossible because people just get used to it,” a former minister said.

Going back further, plenty of experts argued that allowing Ukraine’s entry into NATO would trigger the response it did.

In fact, it was less than a decade ago that Putin took Crimea. Why were we so surprised?

And yet, it doesn’t look that way now. It looks like a nicely executed Judo move – using your opponent’s momentum against him.

Russia has Europe by the gas pipelines, the oil supplies and the grain silos. And winter is coming.

The Germans are already rationing energy and heat in an attempt to gain enough in storage. But it’s Russian gas they’re storing.

Charts of electricity prices in Europe remind me of the chart of Napoleon’s campaign in Russia. The higher they go, the bigger the crisis.

The Russians are winning plenty of smaller battles. Europe accepted Russia’s demand to pay for energy in rubles, for example. And the Russian currency has soared in value since Biden declared that it was “rubble”.

The Europeans are humiliating themselves as usual. They’ve rejected Nord Stream 2 after it was completed and yet demand that Nord Stream 1 remains open, even violating their own sanctions to keep open…

Of course, it was Europe’s hubris that made much of the continent so reliant on Russian energy in the first place. And it was hubris that encouraged the expansion of NATO and the EU’s relationships.

That turned out to be a very bad combination…

In the end, Europe will be defeated by another winter. The Russians’ ability to simply turn off the gas if they need to means they can request what they like… or else.

What I really want to ask is what happens after the conflict cools down – after Europe’s latest empire is defeated by another winter. Because the world has fundamentally changed.

I don’t think the Europeans will be keen to rely on Russian energy anymore. Perhaps a new age of permitting energy projects and infrastructure inside Europe will begin. That could create some wonderful investment opportunities akin to North Sea oil, perhaps.

The Germans are already building liquified natural gas (LNG) import terminals and other energy infrastructure. But that LNG must be found somewhere.

Nuclear power is already making a startling comeback. That come back is much too late of course, but it will still make a huge difference to our future. I wonder if anyone will be held accountable for its repression?

The BRICS countries (Brazil, Russia, India, China and South Africa) are already working on alternatives to the US dollar in order to work around future sanctions. And plenty of other nations are signing up.

China has already woken up to these realities. It’s looking to buy resources from Australia again, ending a boycott over Australia’s demand for a half-decent Covid investigation and Uighur issues.

Australia’s minerals giant BHP even agreed to sell resources in Yuan in 2020 and the first shipment just arrived in China.

So, the world has changed dramatically. Has your investment mix?

I ask that question because it seems to me that the golden age of commodities is about to begin. We’re talking of an age when nations look to secure crucial assets instead of outsourcing them to their geopolitical enemies.

And that means a boom for the resource’s stocks with the right projects in the right places.

Tomorrow, you’ll hear more about how to potentially profit from this shift. If you sign up here now.