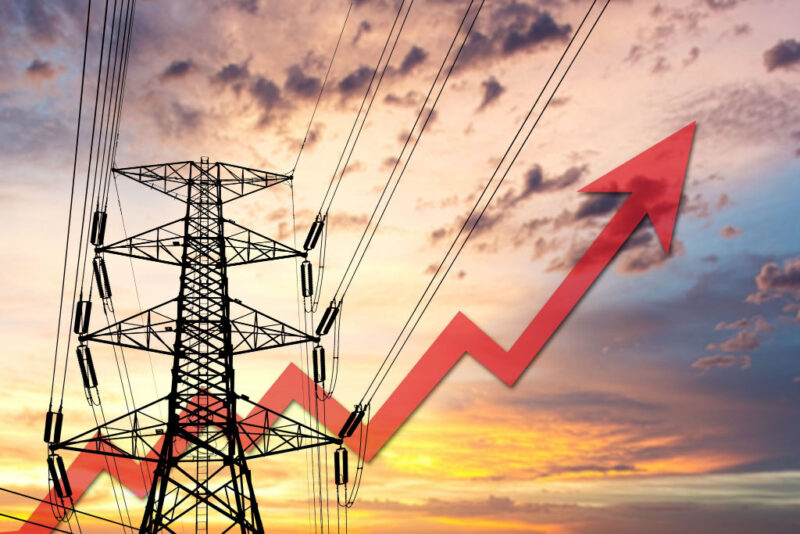 It’s not fair to kick a man when he’s down. But what about a politician?

After all, Europe seems to be doing just fine now that it has deindustrialised and gone back to the pre-Industrial Revolution technology of coal for its power. As Bloomberg rather blatantly laid out:

Bills will be high, but Europe will survive the winter: It’s bought enough oil and gas to get through the heating seasons.

Phew. What a relief. There I was thinking, or believing the mainstream media, about all the terrible energy crisis stories that’d play out this winter.

Or perhaps the emphasis in that news report is on “survive”, which is quite a low bar for Europe…

Where it’s not such a low bar is amongst poorer countries which rely on gas for their very basic necessities. And Bloomberg follows up with this about those places…

Much deeper costs will be borne by the world’s poorest countries, which have been shut out of the natural gas market by Europe’s suddenly ravenous demand. It’s left emerging market countries unable to meet today’s needs or tomorrow’s, and the most likely consequences — factory shutdowns, more frequent and longer-lasting power shortages, the foment of social unrest — could stretch into the next decade.

To be clear about it, Europe sabotaged its own energy production and supply, making itself reliant on Crimea invading Russia instead. Then it sanctioned its own supplier.

Faced with the consequences (a lack of energy), Europe went on a buying spree and bought up the gas which other nations rely on!

The results will be familiar for Europeans, having destabilised Syria and Afghanistan not so long ago: another refugee wave.

It’s not just poor countries struggling with the high gas prices which Europe has caused. It’s a global phenomenon.

But hold on a minute. Is it really fair to blame the Europeans for high gas prices in places like Thailand and Egypt?

Yes, it is. Because they’ve taken the fun out of fungible.

You see, one cubic foot of natural gas is supposed to be much the same as another. The same goes for oil and most other commodities. At least, the differences are easily enough adjusted for.

The net result is, well, nothing much.

So goes the theory. Especially in the age of centralised financial markets, where one price rules them all. For example, Europe’s gas is largely traded in the Netherlands, or its price is set there, without the gas necessarily flowing through the country.

But things get interesting as you start to adjust for ways in which this idea of fungible commodities isn’t quite true. For example, infrastructure and long-term contracts.

When Australian politicians whine about gas and coal shortages in one of the world’s largest gas and coal exporting countries, what they’re really complaining about is the failure to buy enough of their own gas and coal production.

An understandable mistake, really. It is, after all, tough to know how much power renewables will actually provide and when…

So the Aussies relied on being able to buy some of the gas and coal produced as and when they needed it. Trouble is, it was sold to people who actually think ahead and buy their gas and coal ahead of time in good long-term contracts.

That gas and coal is now not available to the market in Australia. Not without expanding production. And we can’t have that now, can we?

It also means that only some fraction of gas production actually goes to setting the short-term gas price in the market. Which in turn means that small upsets to that gas supply can cause wild swings in price.

According to the Bloomberg article, the premiums being paid by Europeans are so high that companies are defaulting on their long-term contracts to supply gas to developing countries, turning their ships around, and selling to Europe instead. “The higher prices they can get on the spot market more than make up for whatever penalties they might pay for shirking planned shipments. And that dynamic is likely to hold for years.”

If you ask me, this is outrageous. Europe is completely ignoring the rule of law, right to contract, and the basic needs of developing nations, all because it suddenly doesn’t like the taste of the Russian gas it made itself reliant on.

I’m as surprised any developing nations showed up to COP27 as I am that European nations were invited by Egypt after all this.

As for infrastructure, another reason gas isn’t fungible, the reliance on Russian pipelines meant a lack of alternative import infrastructure in Europe. This first made gas prices spike and then turn outright negative as the shortage turned into a glut.

A lack of infrastructure capacity, irrespective of demand for gas, can make it a dangerous obligation to receive gas. If you’ve got nowhere to put it, you’re in trouble…

My own particular favourite, though, is the issue of timing. A cubic foot of natural gas to be delivered tomorrow is very different to one delivered next month or next year.

Don’t believe me? Check out the price difference. European and US natural gas for delivery the next day went to a negative price, while gas for delivery in 2023 is still incredibly expensive.

The important thing about more or less fungible commodities is that they can handle a crisis or two. The world’s supply simply adjusts globally, minimising the impact in any one given place.

That’s one of the greatest advantages of financial markets. People tend to get access to the market price. It’s hard to get ripped off.

This helps supply and demand meet, reducing the chances of shortages, too.

Global markets and prices also help allocate capital to the most productive producers, allowing us to grow wealthier by encouraging everyone to do what they have a comparative advantage in.

The problem with all this is what happens when it breaks down because a bunch of politicians start throwing spanners, or bombs, into the works. That’s what we’re seeing today, with wild price spikes and negative prices.

With winter approaching, the media is already warning about next year’s nightmares. And a new bottleneck is top of the list of headlines.

“Worst of Europe’s Diesel Crunch Will Hit in Spring” reports Bloomberg. But why a diesel shortage? Because the EU is set to sanction Russian diesel starting in February…

These days, they do the opposite. They sanction their energy importers and sabotage their own energy supply lines…

To appreciate just how dumb this is, update your historical knowledge of why Japan invades South-East Asian and attacked Pearl Harbor. Indeed, Europe’s attacks on Russia are pretty much an inverse Pearl Harbor strategy.

Of course, energy policy isn’t the only government policy out there making a mess of things. But just as buying oil and coal stocks was the trade of the year in 2022 as the green bubble imploded, you can trade the unintended consequences of many other government programmes.

Take the pension industry’s machinations, for example. Governments around the world, unable to finance their promises to pensioners, have asked those pensioners to contribute to their own retirement plans. And when I say “asked”, I mean coerced.

The result is a vast flow of funds into financial markets each time payrolls get processed. I wonder what the unintended consequences might be in the stock market…?

If you hopped in a time machine before the US mid-term election, and travelled two years ahead, well, you’d be mad for choosing that particular year to travel to for starters. But, more relevantly, would you know who had won the US mid-terms based on the world around you?

Would you be able to tell which bunch of war-mongering, taxation crazy, deficit-spending American politicians had won the right to marginally ruin your life a little more over the past two years?

Let me know, along with your permission to publish your response: [email protected].