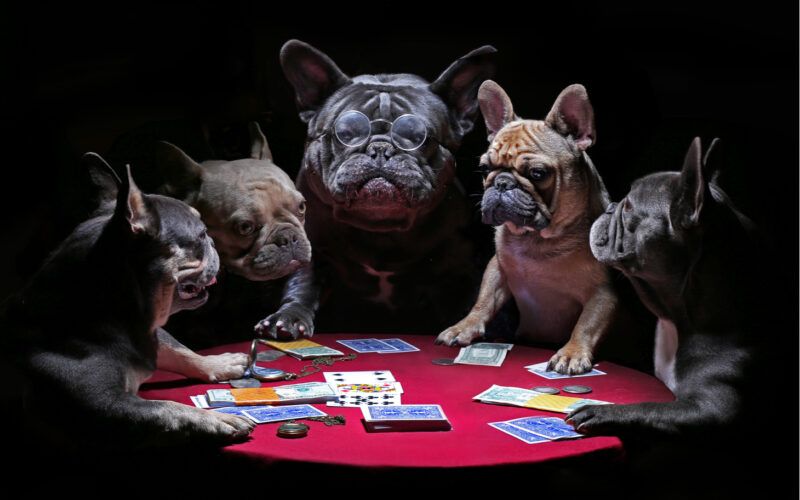 I’m sure there’s a famous and most eloquent quote about how tyrants fear humour and ridicule above all else. Well, more and more people are willing to point out the emperor has no clothes. And the tyrannical emperor in this case is money itself.

Of course, we didn’t arrive at this point by honest means. Nobody in their right mind or the private sector would accept a piece of paper with a number on it as money simply because a politician told them it is. Instead, it took 99 years of gradual skulduggery to devolve money to its current state. I described that process to you here.

But like the gradually boiled frog, people are waking up at last and jumping out of the cooking pot. The signs are everywhere. Today I want to show them to you. And we’ll start with a particularly funny one. Where fiat money is being openly mocked.

But don’t lose sight of what’s really going on here. The fiat currency system is wobbling under the weight of its users’ laughter.

The lyrics to a recent rap video from Reason highlighted the whole story better than a year’s worth of my articles. You need to watch the video, but you also need to understand just how profound it is. So I’d like to explain it to you.

The video is about how people are speculating in Dogecoin – a particularly and deliberately ridiculous cryptocurrency.

Now you might think that Dogecoin itself is funny enough. But consider the fact that people are trading in their government money for Dogecoin money…

What does that tell you about government money? What does it tell you when people prefer a parody money to the government’s money?

Here’s how the rap song ends, with a back and forth between a politician and a citizen:

In other words, the US dollar – the global reserve currency – is in such bad shape that, at this point, people prefer what cryptocurrency experts have carefully termed “shitcoins”.

The song also explains why this is so. It blames ridiculous government spending, ridiculously low interest rates and inflation. The US dollar is worse than Dogecoin.

It also mentions that the big risk to the US dollar is losing its global reserve status – something we’ve discussed in detail in Fortune & Freedom.

Of course, cryptocurrencies have become a speculative mania. And maybe that’s what Dogecoin is all about. But don’t forget how cryptocurrencies began, and their stated purpose. That purpose is to be an alternative financial system outside governments’ control and not subject to debasement like fiat money. Bitcoin’s supply is fixed.

The fact that these topics have made it into modern pop-culture is an extraordinary thing. Not since Ron Paul’s presidential campaign have people questioned the US financial system like this. Cries of “End the Fed” were everywhere back then.

But one rap song does not a monetary revolution make…

The thing is, even our UK political scene now features people questioning the fiat money system. Andrew Bailey, the new governor of the Bank of England and former chief executive of the UK’s financial regulatory body, the Financial Conduct Authority, recently gave evidence at a Treasury Committee hearing.

I know this sounds like it’s going to be impressively boring, but get a load of this from the sound-money advocate and more or less libertarian Member of Parliament Steve Baker in the questioning…

Andrew Bailey: Let me tell you about the experience I had. I had an issue with bitcoin, and I still have, to a degree. I have said a number of times, “Only buy bitcoin if you are prepared to lose all your money”. It does not mean you will lose all your money. It does not mean the value will go to nothing, but it has no intrinsic value. People may want to collect it, but it does not have an intrinsic value at all…

Q153   Mr Baker: You have tempted me over some deep waters here, because I am sure I have held in my hand pieces of paper with your signature on them that promised redemptions. I am not sure what the intrinsic value of those pieces of paper is.

Andrew Bailey: I am not sure that is a question for this afternoon.

Perhaps not yet. But the emperor’s dress sense will be a question at some point… One which a UK Member of Parliament is already openly asking!

This is extraordinary stuff, if you ask me. Just another reason to sign on to our Gold Summit now. Because when fiat currency systems collapse, it isn’t often dog money that civilisations turn to… They go back to gold.

But perhaps the fiat system has one last trick up its sleeve. Perhaps the devolution of money is not quite over yet…

The innovation of central bank digital currencies (CBDC) is the latest step in the government’s tightening control of money. They are trying to keep the fiat system alive by making it ever more difficult to escape from.

Lenin, strangely enough, explained the consequences of central banks and their digital currencies:

A single State Bank, the biggest of the big, with branches in every rural district, in every factory, will constitute as much as nine-tenths of the socialist apparatus. This will be country wide book-keeping, country-wide accounting of the production and distribution of goods, this will be, so to speak, something in the nature of the skeleton of socialist society. We can “lay hold of” and “set in motion” this “state apparatus” (which is not fully a state apparatus under capitalism, but which will be so with us, under socialism) at one stroke, by a single decree […]

This paragraph sometimes gets misquoted as the establishment of a central bank being 90% down the path to communism. Which, I think, is a fair enough claim, by the way. Money is half of every transaction and the interest rate is the opportunity cost of spending your money. So, by setting interest rates, central banks are engaging in central planning of almost the entire economy.

But here’s the real point that Lenin makes, which can be applied to CBDCs too: governments are exhibiting communist like levels of control over our economies via the monetary system. CBDCs are a communist’s dream because of the level of control they make possible. They could achieve “country wide book-keeping, country-wide accounting of the production and distribution of goods” which could bring about “as much as nine-tenths of the socialist apparatus” in the form of central planning.

This level of control may be required in order to protect the current monetary order from failure, now that it is being openly competed with, ridiculed and questioned. Naked emperors have to be tyrants to be taken seriously. The more absurd things get, the more extreme measures are required to keep them going.

As Bill Bonner explained in his Gold Summit interview, that’s the excuse which Gideon Gono and Rudolf von Havenstein gave when they created the Zimbabwe and Weimar Republic hyperinflation episodes.These central bankers had no choice, because they stood to risk the failure of far more than just the value of money. Their governments themselves could have failed.

The good news is, you do have a choice. You can opt out of the monetary madness. You simply need to own gold. Or gold in the ground, by way of gold mining stocks.

Our Gold Summit is the best way to begin this journey. You can sign up here.