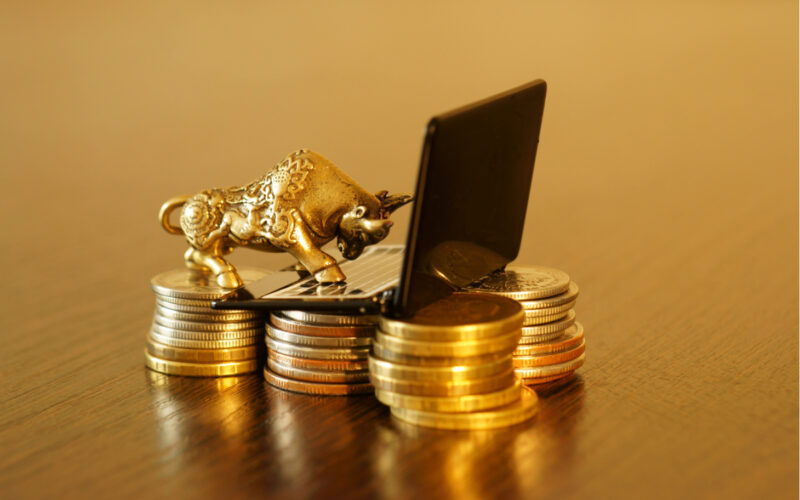 Next week, I will be inviting you to the defining moment of my career. But I’m not supposed to tell you what it is, just yet… As part of the event, I will be dispelling one of the greatest myths about investing in gold. You can sign up to watch my keynote presentation, and all the other speakers’ interviews, soon… if all goes according to plan today…

There will be a series of no-obligation reports we’ve prepared for those who merely register. And a series of presentations and interviews for those who remember to log in with their free registration details.

The famous banker J.P. Morgan is often quoted as saying, “Gold is money, and nothing else.”

But he actually said the opposite. He said that, “Money is gold, and nothing else.” A distinction with a subtle but enlightening difference.

Morgan wasn’t talking about gold being money, but about the nature of money itself. And how it was dangerously misunderstood.

It still is, even more so today than when Morgan made his famous comments. Even most gold bugs misunderstand what he was trying to say.

Gold is an inanimate object, after all. Gold is not inherently money. But all true money must be gold. Anything else we might call “money” isn’t. Including the “money” in your wallet and bank account. That is in fact something different. It’s a promise – an IOU.

I’m speaking in riddles, just as J.P. Morgan was doing on purpose. He was defending himself from an investigation by the US government when he made those comments, after all. Being obscure helped cut his opponents down to size and made them less likely to succeed in regulating the banks. He tried to make them feel like they didn’t know what they were doing.

My job is the opposite. And so I’m going to try and untangle things for you today. But first, a little more context to when Morgan made his comments.

Politicians wanted to break up the “money trust” at the time. Just as they want to break up the tech trust today, by splitting apart the behemoth social media and search engine companies. When Facebook’s Mark Zuckerberg was hauled in front of Congress for a joint hearing, there were similar fundamental confusions about what those companies actually do. It was the same in 1912, when the banks were on the chopping block for being too big and powerful.

But back to gold and money. Just as the riddles of central bankers today are a key part of understanding what’ll happen in financial markets, reading into J.P. Morgan’s comments from 1912 help highlight where the gold price is heading.

So, with next week’s culminations approaching, let’s dig into what he was on about…

The devolution of money

As with most stories, the sordid tale of money only makes sense in chronological order. Take a snapshot and you’ll only wonder how the hell things got to the point they’re at.

Initially, money had to be something of value. Otherwise, it would not have been accepted by the seller in exchange.

But there ends the simplicity. Because money, as an idea, is incredibly useful and powerful. It means that two people need not have what the other one wants in order for exchanges to happen. The constraint known as “double coincidence of wants” can be avoided by having money facilitate exchange. It’s difficult to overstate just how powerful this is.

Barter is painfully inefficient. What are the chances that you have what the person who has what you want wants? See, even reading it is confusing!

Money is the key to unlocking… whatever the opposite of barter is. Commerce, perhaps? And commerce enables specialisation – where each of us does something we are good at, and then trades with others for what we need. That way, the total economic pie surges in size. Money is the innovation that enables all this. It’s the intermediary, in a way, to every exchange.

Having the right amount of money in the right place at the right time is, however, a challenge. But you don’t want commerce to be dragged down because of a lack of money. Believe it or not, this was a major historical problem. It’s also what The Wizard of Oz is an allegory about, but let’s not go there today…

I remember listening to a speech by a central banker from Indonesia, or some such country in the same region. Unlike their colleagues in the developed world, central bankers in developing nations face the simple challenge of getting money to where it is needed. In places where barter still plays a role and poverty is a problem as a result. The central banker said she literally drove into the hills every few months with a car full of cash…

Back to our story of the devolution of money. Although gold and silver won out over other forms of money, there simply isn’t enough of the stuff and it isn’t particularly efficient to use in every-day transactions. And so all sorts of derivations have developed over human history to make more money available in the economy, leading commerce to flourish.

The key word there is derivation – the money being used was still linked to gold or silver somehow. Whether governments, goldsmiths, bankers, traders or anyone else issued the derivation on money, it was connected to gold or silver. All sorts of paper promises have traded as if they were money in this way, despite the fact that they were merely promises to pay money.

What we call money today is an example of this. Take a banknote out of your wallet and you’ll discover that it is actually a claim that entitles you to something. “I promise to pay the bearer the sum of” in the UK and “Will pay the bearer on demand” in the US, for example.

Well, it used to be gold or silver. But no longer. Now it’s a promise to pay… well… I’m not sure anyone knows. The common answer that it entitles the bearer to another pound or dollar is a bit silly, anyway. Why exchange one for another…?

The word “cash” used to refer to gold and you could cash in your money for gold. Now cash refers to claims on gold, which you can no longer use to claim your gold…

The mystery of banking is where the magical transition from gold as money to “a promise to pay” as money occurs. You see, banks didn’t lend money – the gold stayed in their vault. They lent credit – promises to pay money.

This sleight of hand gets at what J.P. Morgan was referring to. You see, mistaking claims on gold for money is where things can go wrong. “Money is gold, and nothing else”. The promise to pay gold is not the same as gold, and therefore it is not money.

Here’s the longer quote from Morgan: “[credit] is an evidence of banking, but it [credit] is not the money itself. Money is gold, and nothing else.”

Don’t confuse the two! The “money” in your wallet and bank account is credit – a promise to pay. Gold may or may not be money, but money is gold and nothing else is.

What does all this mean for the gold price?

Because credit is a promise to pay money and not money itself, the amount of credit isn’t fixed like the amount of gold is. You can make promises left right and centre, after all. As banks do.

This works well when the economy is growing – lots of “money” means more commerce, as described above. It’s easy to pay debt when there’s a lot of “money”. But the problem is what happens when growth stops. When lending stops growing.

In such moments, the difference between credit and money is exposed. A credit can be defaulted upon. Gold is just gold.

Which would you rather own?