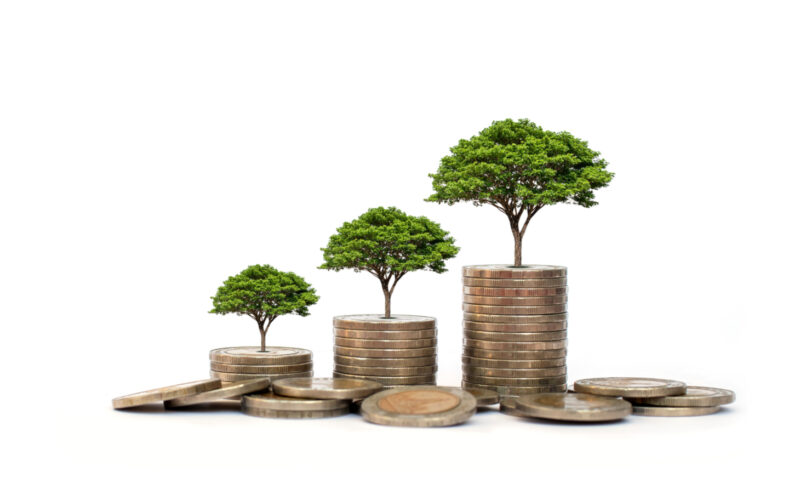 It is a rare privilege to be contributing to Fortune & Freedom today.

Nick Hubble is one of the most provocative, insightful and brilliant commentators on all things financial – and golden – that I know.

With that in mind, I thought that I should – in his honour – cover the biggest topic that I could think of.

Fortunately, it’s a topic that I had to look at recently for Exponential Investor – a sister publication of Fortune & Freedom.

To say that the topic in question is a large one is an understatement.

As you will see, the hard numbers indicate that it could be the biggest megatrend of all time.

The essay from Exponential Investor is reproduced below – pretty much verbatim.

I hope that you enjoy it.

Let’s suppose that you don’t read any of Southbank Investment Research’s publications!

Even then, you will see that there are a lot of things happening in the world’s economy and financial markets…

… and those things are big and exciting.

That begs some interesting questions. Are all these big and exciting things all of broadly similar importance? Alternatively, is there one single megatrend which dwarfs all others?

The context in which a megatrend is measured

If you have been reading Exponential Investor over the last few weeks – and clicked through links to see what else we’ve been saying – you will have noticed some very big numbers.

Almost as important, in terms of their stock market values, are the “big five” technology stocks which have caught the imagination of investors over the last three years or so – Apple, Microsoft, Amazon, Google/Alphabet, and Facebook. These are worth about $9 trillion ($9,000 billion).

So, in order to get some context, consider the size of the world’s stock markets. At the end of February 2022, all emerging markets (i.e. countries with lower per capita incomes and/or under-developed financial markets) were capitalised at $7.478 trillion ($7,478 billion). The MSCI Emerging Markets (EM) Index, a widely used measure of the emerging markets, included 1,420 stocks ranging in size from $65.7 million to $530.7 billion (for computer chip giant Taiwan Semiconductor Manufacturing Co.) The median company in the index had a capitalisation of $1.976 billion.

Emerging markets’ appeal comes from the likelihood that their economies will grow or change more than those of developed markets.

Nevertheless, the stock markets of the developed markets are much larger. At the end of February 2022, the MSCI World Index, a very well-known measure of the developed markets, had an overall market capitalisation of $57.489 trillion ($57,489 billion). The largest stock in the index (Apple) was capitalised at $2.729 trillion (2,729 billion). The median stock and the smallest stock in the index were worth $14.748 billion and $1.24 billion respectively.

The world’s fixed income markets are also enormous. According to the International Capital Markets Association (ICMA – a Zurich-based trade association for banks and other protagonists in financial markets), the outstanding value of all bonds on issue in August 2020 amounted to around $128.3 trillion ($128,300 billion). Of this amount, bonds issued by sovereign states and their agencies accounted for about 68%, while corporate bonds of varying kinds accounted for the remainder.

Now consider investing in sustainability. A useful definition of sustainability comes from the United Nations World Commission on Environment and Development (the Brundtland Commission) in 1987. Sustainability is a development process that aims “to meet the needs of the present without compromising the ability of future generations to meet their own needs”.

At the moment, the world is not living in a sustainable way. As noted in a recent edition of Exponential Investor, “we have two billion overweight people, and 700 million who are malnourished. All the while, we waste a third of all the food we produce. Many people have a car each, most of which are left parked 95% of the time, showing that we don’t really need as many as we have”.

Fortunately, a lot of people – like us here at Southbank Investment Research – have started to see this as being less of a problem and more of an opportunity.

You’ve probably seen or heard the initials ESG. This stands for environmental, social and governance investing. It’s investing in a way which emphasises these concepts. It’s what sustainable investment is all about. Approximately one third of all the money that is managed professionally in the United States (i.e. about $17 trillion out of $51 trillion) is run according to mandates which include ESG considerations. According to Morningstar Direct, sustainably invested fund assets increased by 39% through the first nine months of 2021 to $330 billion.

ESG investment is also large and rapidly growing in Europe. The European Fund and Asset Management Association (EFAMA) recently noted that the number of ESG funds grew at more than double the rate of non-ESG funds during the past five years, with a significant acceleration since 2017. Equity and bond ESG fund assets increased by 197% and 181%, respectively, in this period. Meanwhile, EFAMA found that ESG funds had increased AUM by 37.1% in 2020 to reach €1.2 trillion. Net sales of ESG funds had risen from €19.5 billion in 2016 to €235 billion in 2020.

At the centre of sustainable investing is climate tech. This is the ecosystem of technology companies, financiers and providers of “green/clean” energy (which does not produce emissions of carbon dioxide or CO2).

A very good and recent summary of the importance of climate tech comes from Larry Fink. He’s the chief executive officer of BlackRock, the world’s largest asset management company and the first one to amass assets under management (AUM) of $10 trillion ($10,000 billion).

Fink believes that the next 1,000 unicorns – start-ups valued at $1 billion or more – won’t be search engines or social media companies: they’ll be sustainable, scalable innovators that help the world decarbonise.

Engineers and scientists are now working around the clock on how to decarbonise every sector of the economy: cement, steel, and plastics; shipping, trucking, and aviation; agriculture, energy, and construction. I believe the decarbonising of the global economy is going to create the greatest investment opportunity of our lifetime.

Reasons why Larry Fink will be proven right

A number of things are happening to ensure that climate tech will continue to grow rapidly. One is Russia’s invasion of Ukraine. As noted, in a recent edition of Exponential Investor, the European Commission has unveiled proposals to further boost renewables (i.e. climate tech driven energy such as wind and solar) and quadruple current 2030 targets for green hydrogen supplies as part of a strategy to cut the EU’s reliance on Russian gas by two-thirds as soon as the end of this year. Germany’s government has announced that it will try and get its electricity grid to 100% renewable by 2035 – and that’s just under 13 years away.

Meanwhile, there will be greater focus by governments and businesses to ensure security of supply chains in relation to lithium, titanium and other raw materials that play key roles in climate tech. As discussed recently in Exponential Investor, the supply chain risks associated with the actual NATO/Russia conflict are much fewer than those associated with a potential United States (and allies)/China conflict.

What really matters, though, is changes in costs. One commentator at Southbank Investment Research’s Beyond Oil investment summit in 2020 noted that, over the past decade or so, the costs of solar power and wind have fallen by 90% and 60%, respectively. Of course, there has been no such fall in the prices of fossil fuels. Climate tech has become better and cheaper and more competitive. At a time when central banks are worrying about inflation, that is important.

To take just one example, consider what has been happening in the global market for electric vehicles (EVs). In 2020, EVs’ share of the global vehicle market was 4%. In 2021, it had surged to around 8.5%. A 5% market share is the point at which new technology really becomes mainstream and demand takes off. As we discussed recently in Exponential Investor, “simply by arriving at the 5% mark, the industry shows that it has a competitive, or even superior, product.”

The key message is this: climate tech’s rise is inevitable, and it will happen regardless of what occurs more generally in the global economy and financial markets.

So, what are the hard numbers that we’re talking about here?

According to the Global Sustainable Investment Alliance, climate tech is currently an investment opportunity that is worth around $35.3 trillion ($35,300 billion).

The International Institute for Sustainable Investment estimates that the opportunity will be worth around $160 trillion ($160,000 billion) in 2035.

Currently, the opportunity is roughly half of the aggregate capitalisations of all developed and emerging stock markets.

Some 13 years hence, the opportunity could be more than twice the aggregate capitalisations of all stock markets today – and larger than all bond markets today.

Climate tech is a megatrend. It is larger than any other megatrend – now or in history.