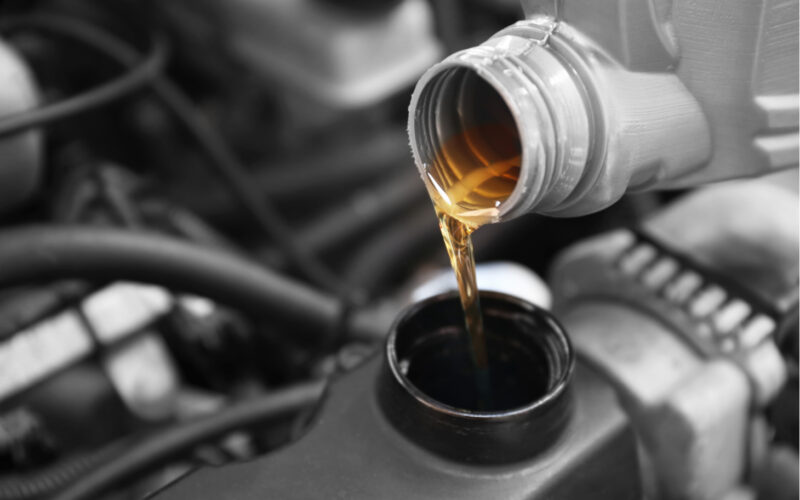 Dirty energy stocks have been the standout performers in a crumbling stock market. And our FTSE 100 index, which many mistakenly attribute as being reflective of the UK somehow, is full of dirty global energy stocks. That’s why our FTSE 100 hasn’t participated in the stock market rout of 2022.

While the Dow Jones Industrial Average is down almost double digits despite a recent rally, and the Nasdaq is in an outright bear market with 20% losses, the FTSE 100 is only down a smidgeon, year to date.

This extraordinary fact has been celebrated by the likes of the BBC and Guardian, of course…

Oil and gas prices themselves languished as politicians undermined those commodities with energy policy. And that’s why they’re booming now, as the consequences of a lack of oil and gas investment become apparent.

But misguided government policy is not our topic for today. Instead, consider whether the oil and gas price have had their run and the only part of the stock market which has been performing well is in for a rough time again too. That outcome would drag down the FTSE 100, as the BBC and Guardian will no doubt point out if it happens.

In my view, one of three things will occur in the coming months.

One possibility is that the current high oil price triggers a recession in the United States and Europe, which causes demand to fall and thereby the oil price to fall accordingly.

Alternatively, it may be that politicians seek to prevent this recession by easing the sanctions on Russia and bringing the oil price down that way.

Maybe both of these scenarios occur. There is a US recession and an end to the self-imposed geopolitical energy crisis.

Now, longer term, I think oil and gas have a great future. But commodities go through boom and bust cycles. Only the bravest hold on through both. So, where are we in oil and gas?

Well, the sector is definitely booming in relative terms. Stocks and bonds are off to an extremely bad start to the year. Ben Carlson tweets that “A 60/40 portfolio of US stocks & bonds is currently down 12% in 2022,” and “If the year ended today that would make it the 6th worst performance in a single year since 1928.”

But the year is not over yet!

The thing is, such a miserable performance only tends to happen during recessions… or depressions.

And that’s my point, really. Either the alarmingly high oil and gas price triggers a recession in a major economy or two, or the politicians panic about the economic consequences of going toe to toe with the world’s key energy exporter. Oil is in trouble in both scenarios.

Maartje Wijffelaars, Elwin de Groot and Erik-Jan van Harn of Rabobank, whom I’ve only identified because of their wonderfully Dutch-sounding names, have published research which suggests that US sanctions on Russia will push the EU into a recession.

And even the European politicians have figured out that sanctioning their own source of energy supplier might not be a good idea for all sorts of reasons.

As the president of the European Commission recently explained, “if we were to completely cut off the oil, he [Putin] might be able to take the oil that he does not sell to the European Union to the world market, where the prices will increase, and sell it for more, and that’ll fill his war-chest.”

Given the EU went on to sanction Russian oil exports, this is an admission that the EU is filling Putin’s war chests by elevating the oil and gas price and buying Russian oil and gas…

But the EU only sanctioned seaborne oil exports, which sounds like a joke given European geography, but is actually an important development given the lack of oil and gas pipelines… because of sanctions.

When it comes to the sanctions on Russia, as my friend Jim Rickards keeps pointing out, they are mostly set to come into effect later this year. So, for all the posturing and drama, the real action is yet to hit oil and gas markets.

But this may actually be a political punt that the situation in Ukraine can be resolved before the sanctions really start to bite. It’s a bluff, in other words.

What makes me think so? Well, ask yourself this in the context of the previous paragraph: the sanctions might bite whom exactly?

It won’t come as a surprise to either of us that sanctions which restrict Russian energy exports do most of their damage to those who rely on importing Russian energy.

Otherwise the Europeans would just stop buying Russian energy and their government wouldn’t need to sanction those EU companies that want to make it possible to heat homes and drive cars.

To sum up, the situation driving oil and gas prices to the moon is not sustainable politically nor economically. And the oil price can be very volatile.

Where does all this leave the UK investor? Well, our stock market has held up incredibly well during the recent rout, but only because oil and gas prices have been pumped up by a geopolitical mess.

A recession in a major economy, or the withdrawal of the self-imposed energy crisis, or both, would trigger a sudden drop in oil and gas prices.

Our tailwind could soon become a headwind.

Another thing to consider is the oil futures curve – the price of buying oil at various points in the future. This is a consensus view on the oil price at that time in the future, in other words.

Well, oil for delivery in July is trading at $120 in New York. But, from there on down, the price plunges very steadily by a few dollars each month.

In other words, a slow and steady crash in the oil price is what the market expects.

More importantly, consider the impact of a halving of the oil price on oil companies’ future plans.

If you were an oil company executive and your government was imposing windfall taxes while the oil price in a few years’ time was trading at half today’s levels, what would you do?

Invest in new oil exploration and production? Why?

The correct answer is that you should, precisely because nobody else is crazy enough to do so. This is precisely what sets up the future boom in oil prices. There has been a lack of investment because of pessimism about future prices. These are same assumptions that are causing the current spike.