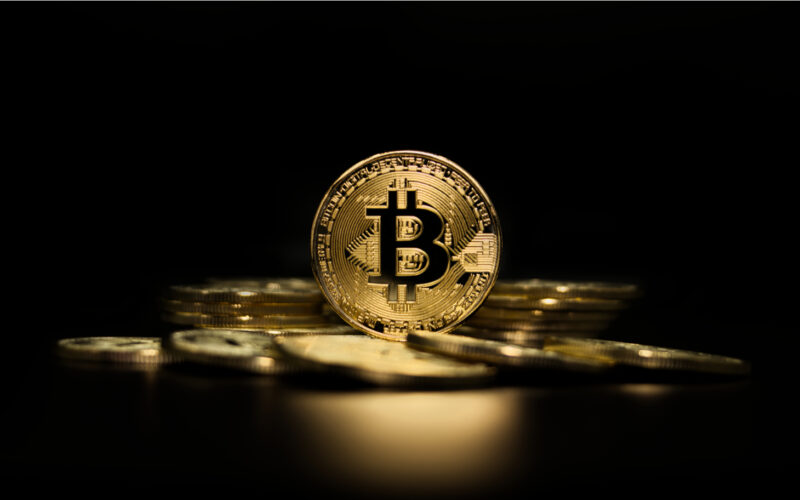 Editor’s Note: We’re sharing this article from Will Dahl of Southbank Investment Daily which could change the way you think not only of bitcoin, but money itself. Like many of you, Will was a cryptos sceptic for years – but as you’ll see below, one historical argument on the nature of money itself made him a believer over time. Enjoy!

It is possible that you saw hedge fund billionaire Steve Cohen’s story in September 2021 on how he became a believer in bitcoin.

The founder of Point72 Asset Management with an estimated $11.1 billion to his name was, until recently, a crypto sceptic.

Now Cohen compares bitcoin to the internet in its potential for wealth creation. As he told a roomful of investors at September’s Skybridge Alternatives Conference:

“Once I decided there were opportunities, and I thought this could be a space like the internet – it could be incredibly transformational – I wasn’t going to miss this.”

How bitcoin won over the big names in finance

Despite what it sounds like, Cohen didn’t become a believer overnight. He took six months to meet with crypto pioneers and others in the field to educate himself.

But now he’s in crypto in a big way, making room for it both in his personal portfolio and through his firm. In September a crypto trading firm, Radkl, launched with his financial backing.

As far as I can tell, Cohen is the most recent billionaire convert to bitcoin (though Dawn Fitzpatrick, CEO of Soros Fund Management, revealed in October last year that Soros’s fund owned bitcoin, noting that it had “crossed the chasm to mainstream”).

But Soros and Cohen are just the latest names in a long list of converts. And it’s worth taking stock of just how many tech visionaries, billionaires, and fund managers bitcoin has now won over…

Ray Dalio – founder of Bridgewater Associates, one of the most successful hedge funds in history – often used to bring up fears that government regulations could defeat cryptocurrencies. But in May he revealed he owned a small amount of bitcoin, calling it “digital gold.”

In 2018, Peter Thiel – who turned an initial $500,000 stake in Facebook into over $1 billion – warned there was a greater than 50% chance bitcoin would become effectively useless. But last month, he lamented before an investing conference in Miami that his stake in bitcoin was too small and said that “the answers are still to go long.”

In 2017, fund manager Mike Novogratz warned bitcoin would be the biggest bubble ever, “with prices getting way ahead of where they should be.” But nearly four years later, the billionaire CEO of Galaxy Digital bought bitcoin at $56,500.

Elon Musk once tweeted that “bitcoin is almost as b******t as fiat money.” Famously, he helped kick off an early 2021 rally by announcing Tesla had bought $1.5 billion worth of bitcoin.

And Paul Tudor Jones, founder of the $11 billion fund Tudor Investment Corporation, dropped his early scepticism of bitcoin and now prefers it as an inflation hedge over gold.

Each of these investors has lent enormous credibility to bitcoin in their own way – not to mention often putting billions of dollars behind bitcoin’s rise.

Paul Tudor Jones, for example, overcame his doubts on bitcoin in a phone conversation with fellow billionaire Stanley Druckenmiller, who shared a fact that Tudor Jones had never heard before: that fact was that when bitcoin dropped from $17,000 to $3,000, 86% of holders who bought at $17,000 resisted selling it.

The faith and loyalty bitcoin’s users were showing the crypto convinced Tudor Jones to give it a second look. The two billionaires both became bitcoin holders in 2020.

But despite the vast legitimacy and momentum each of these fund managers and billionaires has given bitcoin, I wouldn’t call any of them bitcoin’s most important convert.

For that distinction, I would nominate a former aristocrat-turned sheep farmer, who grew up in a country that bore out just about every monetary experiment and currency debacle imaginable.

“Bitcoin forced me to realise I didn’t understand money”

Wences Casares grew up in the 1980s in Argentina – a time when the country seemingly endured one financial crisis after the next.

Wences remembers rushing with his mom and sisters to a grocery store straight after school, carrying bags of cash – the salary their mother had just received. They would sprint to the store because there was every chance the peso would have plunged further by the time they got there, rendering their mom’s wages almost worthless.

It’s one thing to read about hyperinflation in the Weimar Republic or Zimbabwe, and another to experience it… these crises planted a seed in Wences.

He would go on to found Argentina’s first-ever internet provider, and a brokerage company he later sold that brought $750 million for him and his investors.

In 2011, he heard about bitcoin from a friend. Wences bought a bit and studied the technology. Then he decided to give two high-level hackers he knew $100,000 if they could counterfeit bitcoins or steal them directly from the network.

After a month, the hackers asked for more time and money. By October, they had concluded that bitcoin was unbreachable.

Meanwhile, Wences was studying not just bitcoin but the history and concept of money. He read the book Debt: The First 5,000 Years and realised that money had never sprung out of a barter economy, as most historians assumed.

The provocative book by David Graeber argues that before money, people used to mentally keep tabs on what they owed each other. Money came into being to allow people to exchange goods or services with people they didn’t know.

This historical truth carries huge implications for the concept of money. As Nathaniel Popper, author of Digital Gold: Bitcoin and the Inside Story of the Misfits and Millionaires Trying to Reinvent Money, put it:

As he read, Wences felt that after twenty years of working on financial technology, he was finally coming to understand money for the first time. He saw that Bitcoin’s lack of any apparent intrinsic value didn’t matter when looked at against the history of money. The reason gold itself had been used as money was not that it was valuable; it had become valuable because it was used as money. And it was used as money because it did what all good money did: it served as a sort of physical ledger on which society could keep track of who was owed what. Each piece of gold represented a slot on the ledger of all outstanding gold, which anyone could verify by checking the mass and volume of the gold.

Wences bought more bitcoin with this realisation – but what he did next was far more important for the bitcoin community.

He went to Silicon Valley, tapping into an already-well developed network he had built as an angel investor. Until Wences, Silicon Valley had largely ignored bitcoin. But he started winning converts as he explained what bitcoin was – after explaining what money really was.

One Silicon Valley heavyweight Wences convinced was David Marcus, the president of PayPal. Another was Pete Briger, chairman of a $30 billion investment fund called Fortress. After hearing Wences’s case for bitcoin – coupled with his usual explanation of the true nature of money – Briger bought $100,000 worth of bitcoin, and picked up the phone to ask colleagues to get Fortress exposed to the new market.

The validation that Wences brought bitcoin in influential tech circles early on was monumental. Marcus, in particular, would go on to head Facebook’s cryptocurrency projects and oversee the planned launch of Facebook’s crypto wallet. But it wasn’t restricted to Silicon Valley pioneers. Wences often held bitcoin seminars in coffee shops throughout Latin America, where he explained bitcoin and presented it as a salvation from rampant currency abuses in Argentina and elsewhere.

Wences found that Latin Americans were much more receptive to the idea of an alternative to fiat currencies, for obvious reasons. He would offer to sell some of his bitcoins to the attendees of his meetups.

One man, in particular, kept buying more and more each day. Wences became uneasy at the amount he was committing. Trying to be as polite as possible, he warned the man that bitcoin wasn’t a sure thing.

The man replied: “How many times has your family lost everything keeping their money in the peso?”

“Yes. For me it’s been more times than that,” the man replied. He said no one could convince him to hold pesos ever again. Of course, that still left dollars – but who knew when that currency would suffer the same fate?

Bitcoin’s staggering trajectory since 2009 may seem inevitable now… but without influential missionaries like Wences, it might never have truly got off the ground.

And it’s particularly inspiring to learn how some of the people who had been most seriously abused by fiat money were at the vanguard of the revolution.

Sure enough, that trend is continuing to this day. As of last summer, bitcoin adoption had surged 880% in the last 12 months, with emerging markets in Vietnam, Pakistan, India, Ukraine, Kenya, Nigeria, and Venezuela leading the way.

Growing adoption in these markets will likely be an enormous catalyst for bitcoin prices in the coming years.