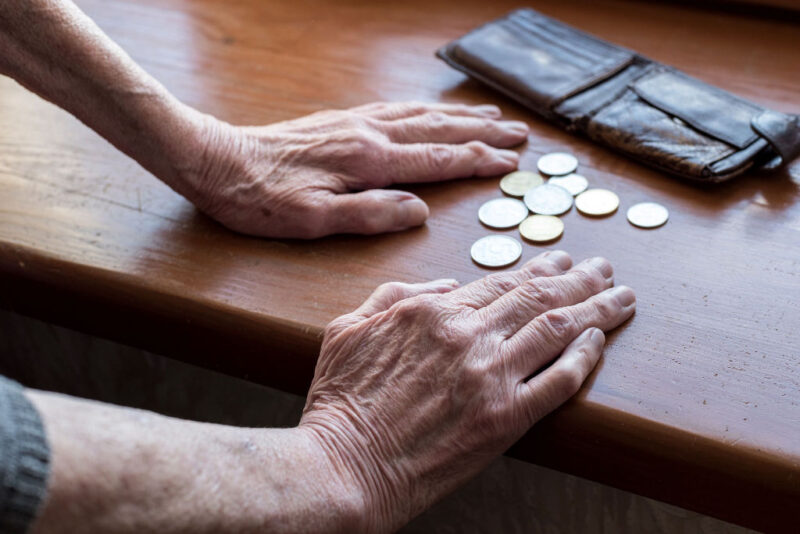 Are you feeling suitably austere yet? Because austerity is back! But will it be with a vengeance? The financial markets didn’t seem to think so. They rather liked the idea of Chancellor Jeremy Hunt’s plan. Which stands in stark contrast to their reaction to the Truss-Kwarteng tax cuts…

No doubt our politicians and civil servants will be partaking in our shared austerity themselves. Just as they joined in the lockdowns they imposed on us. Just as they dutifully booked an appointment to see a GP for a referral when their children got sick, instead of going straight to an overloaded A&E. And just as they paid their higher taxes from their offshore accounts.

Indeed, signs of cuts to luxury spending by the establishment are all around us. “Moet Hennessy Is Running Out of Champagne as Demand Surges” reports Bloomberg.

Luxury goods company LVMH’s share price is booming so fast that it briefly made the largest owner the richest man in the world, and dragged the market capitalisation of the French stock exchange past the UK’s.

But why the sarcasm? Austerity was a big hit last time around too. A big hit to the economy, that is.

But I’m not buying any of it anyway. Not the austerity, the market rally, nor the willingness of politicians to suffer the same loss of living standards as they’re imposing on us.

I think it’s all a narrative that you’re being told. It is not being told to distract from some sort of nefarious plan. Rather, it is to cover up the complete confusion and the absence of a plan.

But I want to start the discussion of the Chancellor’s narrative where you’re least expecting it. Unless you read the headline…

I have a theory that people’s perception of morality largely depends on which stories they grew up with.

For me it was Peter Pan and Robin Hood that defined good and evil, right and wrong. That’s probably why I had dual careers as a flying trapeze artist and anti-establishment libertarian financial newsletter writer…

Of course, the story of Robin Hood is very much in the eye of the beholder. Did he rob from the rich to give to the poor, a bit like our Chancellor has been doing? Or did Robin steal back people’s taxes from a government gone mad on some sort of crusade?

The Disney version is clear cut: “Taxes, taxes, beautiful lovely taxes!” is one of the more memorable quotes from Prince John. But I’m not sure what Kevin Kostner’s version would say about Jeremy Hunt in his American accent…

The budget itself is causing much the same confusion as the legacy of Robin Hood. Even if we could agree on what is right and wrong for the government to do in the first place, we couldn’t agree on whether the budget was the right thing to do. In fact, we can’t even agree on whether it was a budget or not…

One headline says, “Welfare bill soars by £90bn as Jeremy Hunt protects pensioners but clobbers workers.” “This isn’t sound money. It’s socialism,” says another about “balancing the books on the backs of strivers”. “The fatal error of austerity” says a third.

So there you have it – austerity, socialism, welfare and clobbering workers. All at the same time…

You might’ve thought these are mutually exclusive policies. But all those headlines are taken from the same Telegraph newspaper…

As far as I’m concerned, the real story is complete confusion.

The Guardian’s take focused on the tax cuts (for bankers and banks), with “Hunt’s budget is a big bang for the City, a damp squib for the country”.

I had to re-read this headline from Sky a few times: “Rishi Sunak pledges ‘radical’ tax cut”. But that was from back in August, when Rishi was still trying to get elected… sort of.

And he’s not alone in his change of heart: “UK must raise taxes and cut spending, Hunt says ahead of budget,” before announcing that 45% of households will benefit from almost £90 billion in higher welfare payments over the next five years…

So, you’ll forgive me if I haven’t got a clue what is actually going on with this budget that isn’t a budget. After all, nobody else does either.

Some politicians are so bewildered they’ve taken to pointing out that, even if we did know what it all means, “It’s madness to place all our trust in OBR forecasts,” which calculate what effect the various policies will have. And he has a point given their track record…

Taxing state pensions is straight out of the playbook of the Sheriff of Nottingham if you ask me – the Disney version. I’m thinking of the scene when the Sheriff takes taxes from the Church’s charitable “poor box”. When Friar Tuck protests that the money was meant for the poor, the Sherriff responds, “and I’ll just take it for poor Prince John.” You can just imagine Jeremy Hunt adding the next line: “Every little bit helps!”

Of course, if you bought into the idea that austerity was needed after the global financial crisis of 2008, I don’t see how you can wiggle your way out of it now.

What makes the UK government’s position so fascinating is that it is isolated. It is pursuing so called austerity while others are not.

Martin Sandbu makes a very interesting point over at the Financial Times. Freed from the shackles of the EU’s fiscal rules thanks to Brexit, the UK seems to be embracing them with its new budget and self-imposed fiscal constraints.

But the irony doesn’t end there. Having immolated Greece with those rules about ten years ago, the EU is now considering reforming the rules given that everyone else is now in breach of them in the post-COVID world.

If I were Greece, I’d have my tax collectors and fiscal compliance officers on tour in Germany right now…

As we’ve very often repeated at Fortune & Freedom, Brexit in and of itself changes nothing in terms of policy. It only changes who makes the policies.

We could’ve kept all the EU’s strangest rules and regulations. We could’ve kept open borders with the EU. Thanks to Brexit, such decisions are back in the UK’s hands instead of the EU’s. That’s what changed.

And so, sure enough, the UK government has been busy making a mess of things while failing to take the opportunities Brexit that presents. But at least we get to elect our leaders, right? Right…?

You know, the countries trying to join the EU are fully aware of its shortcomings. They just think those shortcomings are slightly less than their own national politicians’. They value better governance over independence.

The real question is whether the UK can govern itself better than the EU can. That’s what the whole debate should’ve been about. Instead, it was about EU policies and what we’d lose if we left the EU.

So far, none of Brexit’s promises and premises are working out very well. We aren’t choosing our government and the government that we’re getting is not inspiring much confidence.