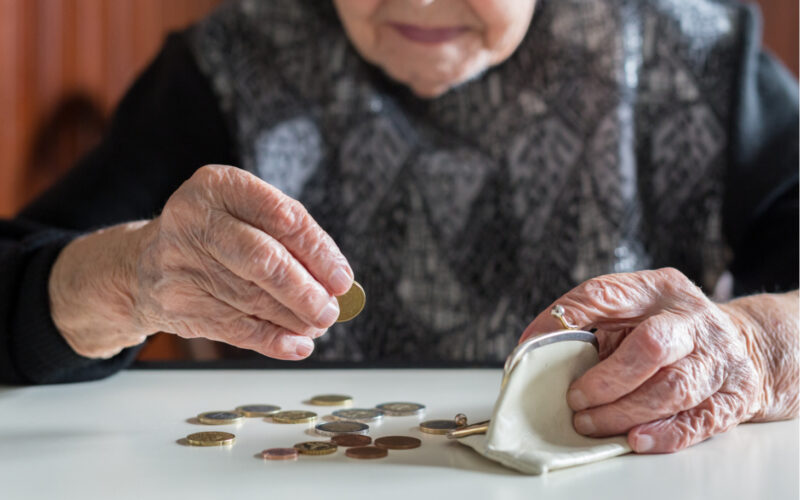 We’re digging into the reader mailbag today, with your comments and questions on pensions, inflation, banks and retiring overseas. They all have a common theme though – that of avoiding a trap before it snaps shut.

That’s especially true of the first one…

Would it be possible to get your input or ideas into the […] Pension, and whether you think there are alternatives rather than staying in it or if it’s a good investment etc.

Like many pensions, some seem good to begin with but often the goal posts change with contribution percentages and length of service required. I’d be interested to hear your thoughts if you have the time to consider.

We can’t comment on individual pensions, which is why I’ve taken out the name of R’s. But it’s the second paragraph that really caught my attention. The idea of moving goal posts.

You see, once you’re inside a plan, tax structure, scheme or whatever it is, getting out can be hard. Meanwhile, moving the goal posts, changing the rules, shifting the incentives and reducing the promises is easy for those running the thing. That’s especially so for the government, which changes the laws that are supposed to govern us.

In the past, mentioning this issue has produced a flood of reader mail about Gordon Brown’s changes to pension policy. That shift demonstrated the point I’m trying to make. When you invest, be wary of any sort of pen which might be hard to escape from. You could find yourself having a “door slams shut behind you” moment.

The answer is to diversify. Make use of incentives like ISAs and pensions, but don’t rely on them with too much of your wealth. They are likely to become targets in the future.

Please could somebody explain the following.

A friend of mine recently told me that he had remortgaged in order to build an extension. Nice, I said to him, just out of interest what rate did you get? He told me he fixed his rate for 10 years at 2%. 2%!!!

I tried it myself, I looked at borrowing £100,000 for 10 years with my present mortgage provider and they offered me the same, 2%.

Now, I have learnt a bit since signing up to Fortune and Freedom, and if I’m right in saying that if a bank is going to fix a rate at 2% for ten years then interest rates are going to stay low for the foreseeable future.

That doesn’t seem to tie in with the BofE tightening money policy by raising interest rates as is predicted, to curb the so called inflation worries.

Maybe inflation IS transitory. What’s going on? Am I missing something or can we look forward to cheap money for longer.

It’s by no means settled, or even expected, that inflation will continue to run rampant and that central banks will tighten interest rates. Heck, from current levels, 2% would be quite a tightening jolt for those who are used to 0% or even negative rates!

P.M.’s email prompted me to ask a version of the same question to our experts Rob Marstrand of UK Independent Wealth and Charlie Morris of The Fleet Street Letter Wealth Builder, both former (reformed and probably repentant) bankers.

I asked them about whether bank shares would be a good investment as interest rates rise. Conventional wisdom says yes, because they can earn more money as rates go up.

I say “no” because of the issues P.M. mentions above. How can banks that lent for 2% for ten years make money if interest rates go up?

Rob and Charlie’s answer almost gave me a headache, but here’s the gist…

Thus, the bank just collects a profit on the interest margin – the difference between what it costs the bank to get money and the profit when it lends. And that interest margin on new loans and variable loans is likely to go up as interest rates go up.

Another possibility is familiar to those of you who remember 2008:

The mortgage lending bank may also sell the fixed rate mortgage loan to an investment bank, which will include it within a mortgage-backed security (MBS) that’s sold to investors.

This way, the mortgage lending bank gets paid loan arrangement / servicing fees, but doesn’t receive interest or have to use capital.

The MBS is probably bought by some pension fund or bond fund, where the manager thinks that 2% is exciting…

The underlying issue remains the same though. Someone is expecting interest rates to go right back down, and is willing to bet on it. I suppose ten years is a long time…

This email, from back in October, is looking rather prescient:

With reference to the state of the markets, are we seeing something similar to the situation just prior to the 2008 crash, where despite homeowners defaulting in their 100s of thousands in the states, the stock price of the big mortgage lenders and such like, were actually rising.

This was beautifully explained by Michael Lewis in his book The Big Short, and of course in the film that followed. The system was feeding itself, like perpetual motion, to the point of course where it couldn’t!

Companies overvalued, we hear and see inflation rising, yet the markets seem to be continuing an upward trend. It’s almost seems like the life of a star in its final days where it swells up to many times its original size before it implodes.

Whether we’re on the cusp of a real crash, I don’t know. Timing is tough, as PM’s email also highlights. But the point is that the risk of such a crash is unusually high.

But not all crashes are financial…

After viewing your interesting podcast with Sam Volkering regarding financial repression, I thought it appropriate to say a few words.

You see, I have been retired in the Philippines for ten years now, all of my very modest income being generated in the UK, which is where taxes have to be paid.

Naturally there is need to regularly transfer funds from my UK bank account to a local account abroad. This procedure has had its hiccoughs, but in the main has enabled rapid transfers using Worldremit.com rather than an expensive bank transfer.

But in late December last year the Philippines suffered much tornado damage which outed the electricity supply and broadband connection across Cebu city, which is my location. It also meant that ATM machines were inoperable as were also bank in-house computers.

Delaying any cash transfer from UK in the hope of a beneficial increase in the exchange rate had exposed me to a situation whereby locally available funds had dwindled dangerously low, with no possibility to top them up for an unknown period.

Of course, after some days certain banks were able to arrange an electrical generator to power their ATM for limited periods during daytime, but the queues were horrendous and it might take literally a whole morning waiting in the hot sun to draw any cash.

Fortunately, a good friend was able to help me out financially until the situation normalised after about three weeks.

What I learned is always to keep a decent sum in the local account in the event of any unforeseen disaster, but that doing so does not guarantee being able to withdraw if the banks have no electrical power.

Similarly, crypto becomes inaccessible without electrical power, so whilst it may ostensibly provide a safe haven, it is not yet a completely foolproof alternative to the legacy banking system for everyday spending.

This is why cash is our Number One asset to hold in the series of emails that all new subscribers to Fortune & Freedom get. I learned that the hard way too…