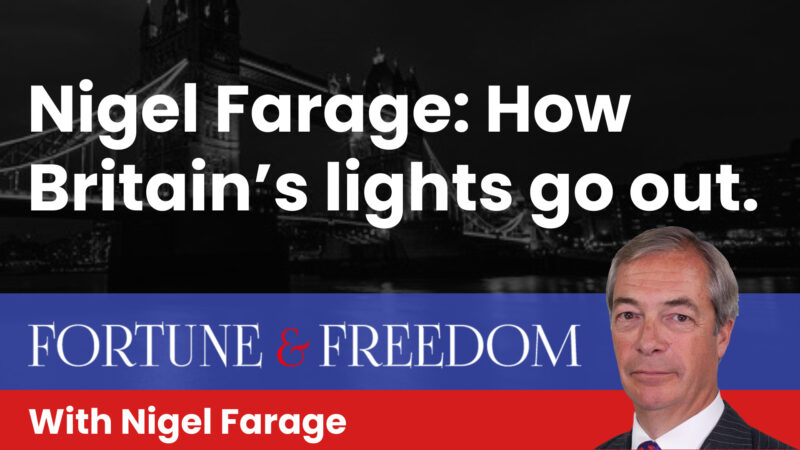 I hit a nerve this week. You see, I mainly know of Nigel Farage because he predicted and explained the European sovereign debt crisis, when Greece defaulted on its bonds.

But you probably know him as a British political figure who was involved in all sorts of grassroots campaigns over the years. Like trying to stop Gordon Brown from selling Britain’s gold, keeping the pound and of course the Brexit referendum.

It turns out, Nigel is rather passionate about wind energy… in a way. And he’s also taken issue with a discovery about what’s behind all the government bond buying.

And so, this video is a real Farage barrage on both counts – the financial and the political. The scam of the bond market and the wind energy racket. I had to turn off my microphone to cut out my gasps, groans and laughing…

Oh, by the way, I forgot to ask Nigel about whether this feels like the runup to the Winter of Discontent. But my friend Boaz Shoshan will be asking former investment banker John Butler about it here today at noon. Are them rotten days back again?

If you’d like to hear from Nigel and other guests more often and more conveniently, why not sign up to the new Fortune & Freedom podcast on Apple Podcasts, Spotify, Amazon Music or Google Podcasts?