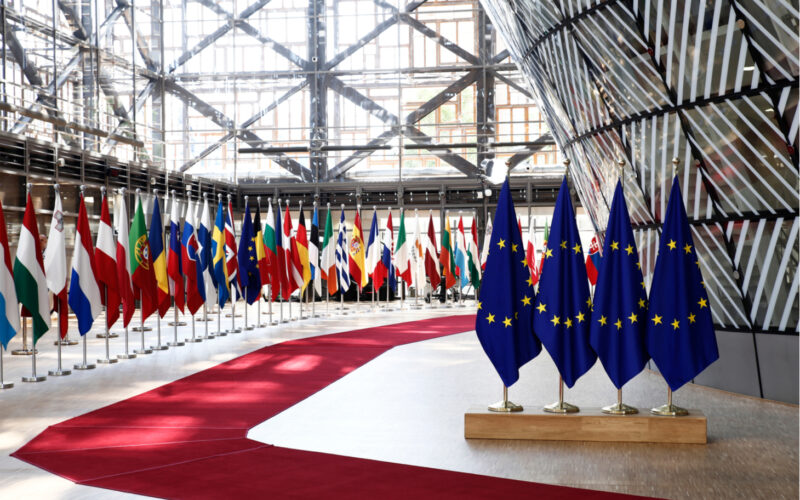 [The following segment about the creation of the euro was first published in the Amphora Report. You can read the full article here.]

Although my career in international finance began in New York, in 1995 I moved to Germany. By that time it was generally assumed that the European Monetary Union (EMU) would begin with the creation of the euro, more or less as planned, in 1999. In my role as a macro investment strategist, it thus became necessary to develop a methodology for asset valuation and investment strategy in the presumed future single-currency area.

This required first an aggregate economic statistical dataset for the future euro-area taking many months to develop, with the greatest challenge finding ways to harmonise differing national calculation methodologies for key aggregates. But by focusing as we did primarily on the larger prospective members – Germany, France, Italy, Spain and the Netherlands – the goal was nevertheless achievable and in early 1998 we presented our harmonisation methodology, initial dataset, model suite and key investment recommendations on a “roadshow” to major investors in Europe and around the world. (Subsequently I presented regular updates on these data and associated thoughts on European macro investment strategy on a financial television show jointly hosted by the Wall Street Journal and CNBC Europe, The Eurozone Barometer.)

Now it wasn’t exactly easy to get investors’ full attention in early 1998 due to the Asian currency crises unfolding at the time. Nor did it become any easier as the year went on. In August, Russia defaulted. In the fall, the massive hedge fund Long-Term Capital Management blew up, with the Federal Reserve brokering a deal to contain the substantial potential fallout.

But there was sufficient interest in EMU as a historic international monetary development that we nevertheless managed to get meetings with senior officials at many major central banks and other financial institutions who would be the amongst the largest future holders of euro-area sovereign debt. They wanted to know how to value and estimate the risks of such debt, issued by sovereign borrowers with the power to tax but lacking a national central bank to set interest rates and serve as a potential “lender of last resort” in a crisis.

The unusual situation required a novel approach to asset valuation and risk estimation. How to determine debt valuations not only for the presumed benchmark issuer, Germany, but also the borrowing spreads to Germany for the other member countries? While it was easy to assume that those economies highly integrated with Germany and with a similar sovereign debt structure, such as the Netherlands, would trade at a minimal liquidity spread to Germany, what about highly indebted Italy or Greece? At the time, Greece’s debt rating was barely above junk.

And so the process began to find some example or precedent to ground euro-area debt strategy and I found it in Canada, of all places. While in the US much debt is raised at the state and local level, the amount is nevertheless much smaller than the federal debt. Moreover, in the US there are large fiscal transfers to and from the federal to state and local authorities.

Canada, however, was structured much more like the euro-area, in that provincial borrowing was large in proportion of the total public debt. Quebec in particular was a useful example as a province with both a large debt and also one at risk of seeking independence from Canada in future. Thus there was both an element of credit and possibly devaluation risk associated with the prospect of Quebecois independence – just what was needed for thinking about the future risks associated with the financially weaker euro-area sovereign borrowers.

As part of my research, I travelled to Canada and met with both investors and issuers of central government and provincial bonds. I also had discussions with the ratings agencies to understand their methodology for determining Canadian provincial ratings. What I learned was that there were large perceived variations in provincial credit quality and it was thought unlikely that the federal government would come to the rescue of an over-indebted province. This helped to explain the relatively widespread divergence.

My initial conclusions were thus that, following the launch of EMU in 1999, euro-area sovereign spreads (the gap between interest rates of different governments) for relatively weaker credits would remain wide enough to compensate investors for the risk of a future funding crisis or possible withdrawal and devaluation. For high-quality sovereign credits however, spreads were likely to converge on German Bunds, although the latter would retain a liquidity premium as the benchmark securities providing the basis for euro interest rate risk management.

When asked by a Wall Street Journal reporter to place some numbers on these predictions, I suggested that Dutch government bonds would trade at low double- or even single-digit basis-point (bp) spreads to German Bunds. Italy, however, I suggested would need to pay from 50-100bp above Bunds in ten-year borrowing costs. As it happened, while Italy did trade in this range in the first 1-2 years of EMU, spreads subsequently tightened considerably, falling into the low-20s by the mid-2000s. Spanish government bonds traded even tighter. Greece, joining with a delay in 2002, saw spreads tighten inside of 40bp by the mid-2000s.

This spread tightening was primarily due to what appeared to be a material, sustainable improvement in peripheral sovereign finances. Spain in particular achieved a dramatic decline in public deficits and debt by the mid-2000s. The ratings agencies rewarded Spain, Italy, Ireland and Portugal with upgrades. Greece was also rewarded, although we now know that much of the “improvement” in Greek finances was due to opaque swap structures that disguised the true size of the official deficits.

As the periphery lost competitiveness, the potential crisis grew larger

At the time I was among those who were sceptical that these peripheral fiscal improvements were sustainable. While regional property and stock markets were booming, reflecting widespread economic optimism, in fact the entire southern periphery of the euro-area was becoming less competitive. Real unit labour costs, while holding stable in most of the euro-core, were rising rapidly in the periphery, harming competitiveness.

Indeed, by the mid-2000s, Germany had undergone nearly a 20% real devaluation of wages relative to the periphery. In the past, such large swings in real effective exchange rates between European countries had triggered currency crises, as in 1992 and 1995, for example. The “Trojan horse” of stable money, intended to bolster rather than erode peripheral competitiveness, was failing in its mission of divergence.

This, alongside booming, bubble-like peripheral asset prices led me to recommend to clients, beginning in mid-2006, to initiate short positions in Spanish and Italian government bonds. The cost of doing so, either outright or through credit-default swaps (CDS) was so low it was a cheap option.

In order to support this investment recommendation, I constructed an “EMU Breakup Probability Calculator”, which I presented to the Lehman Brothers Annual European Hedge Fund conference in autumn 2006. The idea was the following: in the event that a country withdrew from the EMU, reintroduced a national currency and devalued to the point of reversing the entire rise in the real effective exchange rate vis-à-vis Germany, what borrowing spread would fully compensate investors for the devaluation? By then comparing this implied spread to the actual, market spread it was possible to calculate the implied breakup probability.

At the time, due to narrow spreads, the implied probabilities that Italy, Spain, Portugal or Greece would leave the EMU within five years were tiny, sub-10%. I then asked the audience if they thought that this was a fair pricing, with only a few hands rising in response. Far more hands went up when I asked if they thought the probability should be higher.

The most interesting part of the ensuing discussion was when I asked those investors who thought the pricing was fair why they held that view. Universally they held that, in the event of a peripheral sovereign debt crisis, some combination of the European Central Bank (ECB) and EU would come to the rescue. Bailouts would be forthcoming, notwithstanding their explicit prohibition under the 1992 Maastricht Treaty. These investors thus had strong faith that, while a crisis might indeed be on the way, the euro would prevail.

It was less than a year before spreads began to widen, slowly at first, then spectacularly as the events of 2008 unfolded to the horror of those who had been riding on and profiting from the euro-area “convergence trade”. And yet, as some of those fund managers had predicted correctly, the ECB and EU did come to the rescue, albeit in exchange for varying degrees of “austerity”.

[But is the euro’s survival now assured? Find out how the story continues here.]