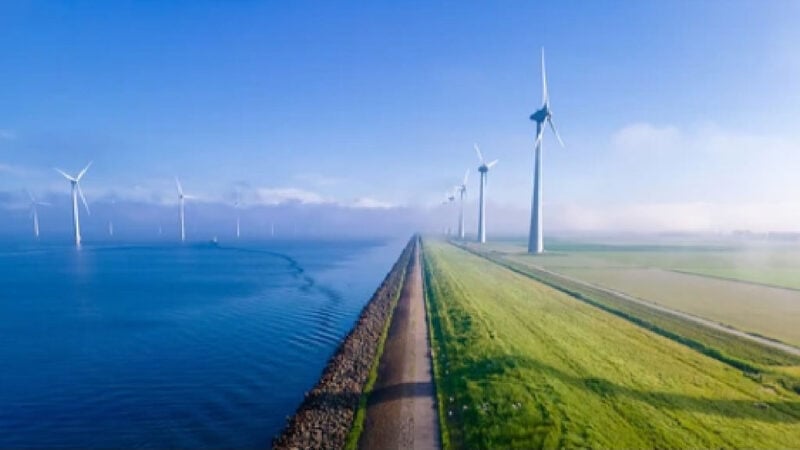 Not so long ago they were talking about the “electrification of everything”. The idea was to have everything in the world run on electricity, as opposed to fossil fuels or old-fashioned gumption. And to make electricity production go completely green. Combine the two and you get… we’ll never know.

Because now, anything which uses electricity is at risk of getting shut down instead. And the world is turning right back to coal to generate the lack of electricity it does have…

Not only that, the touted convenience and benefits of electrification have now become problems.

I called this mess the “electrocution of everything” back in February, just before you know who did you know what. Since then, the metaphor might not really work anymore. I’m not sure we could afford much electrocution these days…

Still, here’s some of what I wrote back in February:

A strategy I’m using myself focuses on the dirty resources and mining which is needed to keep the green energy boom going. The dirty little secret of green energy, in other words.

Keep in mind that politicians won’t care how uneconomical green activities get – a law is a law and, as Lord Nelson once signalled, the nation “expects that every man will pay his duty”. If the law says cars must be made with scarce and expensive resources, then you’ll just have to pay. Or get paid, if you own those resources…

So, just as coal, oil and gas stocks were the way to play the spike in energy costs, the way to hedge the cost-of-living spike is to own the resources that’ll be in demand as the electrocution of everything continues.

The email’s pre-header, which shows in your inbox below the subject line, read: “With the energy bills you’ll be getting, you’re going to want to “offset” the price of your carbon by profiting from the economic climate change to come.”

The boom in coal, oil and gas stocks has since played out. And I hope readers have profited enough to offset their power bill. (I doubt it.)

But what I didn’t see coming back then is just how disruptive the electrification of everything would be to the rest of the economy. The chaos that the electrocution of the economy would cause.

“Once Unthinkable Ideas Gain Traction to Fight UK Energy Crisis,” reports Bloomberg. “Orchestrated blackouts” are on the menu, as are three-day work weeks.

The government wants to shut down the UK to save energy, which is an odd way of prioritising the two…

The leader of the green movement, Germany, is having real problems with its own Energiewende, or energy transition. “Energy inflation is way more dramatic here than elsewhere,” said Ralf Stoffels, chief executive of BIW Isolierstoffe, a silicon parts supplier to a range of industries. “I fear a gradual deindustrialization of the German economy.”

The list of companies shutting down or reducing production in Europe is growing very long. And that’s before rationing potentially kicks in for winter.

The irony is that the shutdown of industry over impossible energy prices will only make inflation even worse. It will create the shortages that are causing Germany’s Producer Price Inflation to soar to impossible levels.

But still, the electrocution of everything continues…

While the UK, EU and Greater Sydney are looking to ban the sales of petrol cars at some point in the future, the Telegraph has calculated that “Electric vehicles will be more expensive to run than petrol equivalents from October as the latest price cap hike punishes drivers for going green.”

This comes after politicians and green campaigners touted the lower cost of electric vehicles over the past few months, during the petrol shortages and price spikes….

In fact, only two months ago, the Telegraph itself was reporting that, “Surging fuel prices mean buying an electric car finally adds up”, and “More and more drivers are switching to electric cars as petrol motors become too expensive”.

As ever, those who buy into government programmes and policies got the predictable outcome they weren’t looking for. Particularly with coal demand at an all-time high to produce their EV’s power, while we’ve got enough.

What about heating? Well, that’s been converted from gas to electricity (generated by gas) by the government, too. The heat-pump revolution is underway. Bloomberg reports on the consequences given electricity prices: “Nearly One in Four Britons Plan to Forego Heating This Winter.”

Not that it is a choice for everyone, given the rate of food price inflation.

But perhaps I’m being a tad pessimistic. Perhaps people will be able to divert some of their money to pay for heating when they can’t spend it on food because of the food shortages that the government is worried about.

At least those who use stuck with gas heating instead of converting to electricity will be able to heat their homes. Unless the government needs the gas to prevent blackouts…

Then the homes which stuck with gas heating will have power, but no heating…

Why is it being banned? You guessed it – the f-gas contributes to climate change! Some gas used in heat pumps has up to 11,700 times the warming potential of carbon dioxide.

Oops. Why did we turn to heat pumps again?

But you can only destroy the world with your heat pump if you can get your hands on the gas in the first place. Which is looking iffy according to the Telegraph:

Martyn Cooper, commercial manager at the UK’s Federation of Environmental Trade Associations, which represents heating and cooling companies, including the heat-pump industry, said: “The bottom line is there wouldn’t be enough f-gases to service existing equipment in the market, be they heat pumps or not.

As the demotivational picture from Despair Inc. puts it, “Government: If you think the problems we create are bad, just wait until you see our solutions.”

It’s no wonder the Europeans are having a change of heart about their energy crisis. Politicians from Germany’s governing party are even demanding that Germany reconsider sending weapons to Ukraine.

Another German MP has argued that opening Nord Stream 2 was the only sensible solution to the gas crisis.

And the Hungarians have commissioned the expansion of two nuclear reactors to be built by the Russians.

But nuclear power won’t come online until it’s too late. As Nick Clegg pointed out in 2010, “there’s no way they’re going to have new nuclear come onstream until about 2021, 2022, so it’s just not even an answer”.

Another remedy for the lack of energy is, of course, hydrogen. And what’s needed to produce hydrogen? That’s right, electricity! And a lot of it. So, a solution that exacerbates the very problem we’re experiencing right now? How novel for a government programme.

Just wait until drivers who bought EVs when electricity was cheap discover that they’re facing blackouts and higher driving bills than petrol drivers while hydrogen gets produced by electricity.

There will be Mexican standoffs between petrol, EV and hydrogen vehicle owners at carparks and petrol stations around the country. No doubt hybrid owners will get a hard time for being noncommittal.

What’s really happened here is a classic example of government intervention. By pushing a single solution onto everything – green electricity – the government created a very fragile system with a single point of failure. As soon as green energy became scarce for any reason, the whole system would begin to go into crisis.

It was the same for oil, of course, which governments also promoted. That’s what gave oil shocks their power and also what explains some questionable foreign policy in the Middle East for more than a hundred years now…

If the government would stop meddling in energy, it’s likely the system would be far more diverse and thereby robust to shocks. But there would also be significantly fewer political donations, so don’t expect the lights to come back on anytime soon.

Meanwhile, Russian corporate profits are up 25% in the second quarter, the ruble is above its pre-war levels and the central bank of Russia is cutting interest rates.

It’s no wonder so many people are tuning in to Nigel Farage’s new video on how to beat inflation. They can’t afford not to.