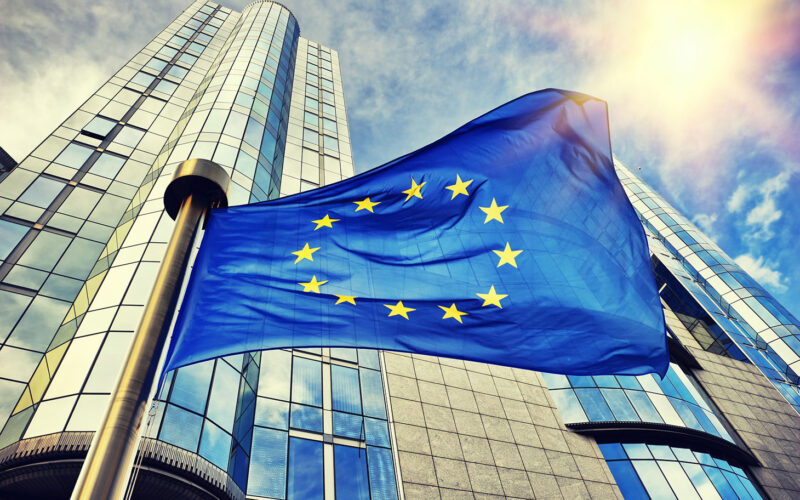 1. The EU is rubbish at making trade deals

Imagine having our trade deal with Canada thwarted over halloumi.

Well, inside the EU, that’s not especially unusual. Politico.eu has the details:

On Friday, Cypriot lawmakers voted against the EU trade deal with Canada in a 37-18 vote, making Cyprus the first EU country to reject an accord that has been provisionally in force since 2017.

Cyprus is only a first mover before the deal also runs into trouble in bigger countries like the Netherlands and Italy.

You see, negotiating free trade deals is a difficult business. Mostly because they have nothing to do with free trade. The deals are really about the opposite – trade restrictions. Politicians love protecting the industries that give them campaign donations from foreign competition.

The trouble with the EU is that it is so big, with so many politicians at so many different levels, influenced by so many lobby groups, from so many different industries, that there’s not much left which doesn’t “need” protection…

By the time the EU sits down at the trade deal negotiating table, their own side has taken all of their own chips off the table for safe keeping. So they can’t get a good deal to reduce trade barriers done. Someone vetos every real liberalisation.

There’s another way to highlight the problem.

Imagine you and your spouse choosing where to go out for dinner. Now add in your children or parents to the mix. Does the choosing get easier or harder the bigger your family group?

It’s harder, of course. The more people, the more disagreement about basic decisions. Because everyone wants something different. And the chances of a vegetarian, vegan, pescatarian, gluten intolerant, celiac or whatever else being in the mix rapidly rise too…

The same applies to the EU’s trade deals. To get everyone to agree to something is incredibly tough. They all have different wants and needs. And there are so many of them with political power over the final decisions.

Small nations outside the EU find it easier to do deals because they don’t have as many industries exerting political pressure. Singapore’s trade deals don’t get sunk by the Singaporean halloumi lobby…

Now the UK isn’t a small nation. We have many industries. But the point is that the conventional wisdom about the EU is precisely wrong. It is the smaller you are, the easier it is to make a trade deal. You represent less of a commercial threat to your potential trading partner. And that’s the key.

This is why city states are such international trading hubs. Something which mystifies most economists. Hong Kong and Singapore didn’t have large industries. They just had a free-trade mindset and a non-threatening economy for doing deals.

It’s not consumers who interfere in trade deals, after all. It’s producers – industries with lobbying power. And there are loads of those in the EU – different ones in each nation.

By the time they’ve exerted their influence, the EU isn’t willing to open up much at all during trade negotiations. Heck, the whole purpose of the EU is that it’s a trade cartel to keep out competition from outside Europe…

On the other side of the table, nations like Canada and Japan face having to compete with an incredibly long list of diverse EU businesses if they do a trade deal. Their own industries feel threatened by European rice growers in Italy and German manufacturing.

The UK doesn’t grow any rice, nor is its manufacturing base going to be much of a threat to Canada’s. Who do you think a trade deal will be easier with? Which of the two do you think industry lobbyists are worried about?

When British International Trade Secretary Liz Truss was negotiating with Japan, she wanted British cheese sold there. The deal was done in three months.  The US’s recent deal with Japan took six months to negotiate.

Don’t take it from me though. The Guardian helped outline why the EU finds it so difficult to negotiate trade:

“If we are going to negotiate specific tariff lines, even if it is only a couple of hundred, there is no possibility that we will do this by the end of the year,” said one EU diplomat with experience in trade negotiations. “That’s completely unheard of. It will never happen. But if we are going to go into a line-by-line negotiation, this will take two years.”

A second EU diplomat said negotiating even a small number of tariffs could take two or three years. “You cannot do this in six months’ time,” the diplomat said – a reference to the fact that the EU wants talks concluded by October to allow ratification by the end of the year.

EU sources say it will be impossible to negotiate tariffs quickly because the 27 member states would need time to agree a common position, balancing competing national interests.

“We will have to define a careful assessment on each tariff line to see where the EU interest is, because it may well be that we will also want to protect industrial products,” a third diplomat said. “Member states’ interests are not the same.”

Do you see how difficult it is for all those cats in the EU bag to fight it out between them, before they even negotiate with their potential trading partners?

And do you see how much better Britain’s trade deal potential will be in the future?

2. Freedom of movement is a myth, unless you’re an asylum seeker

Ever tried to move to Spain? I did. It was so difficult that I gave up and decided to move to Japan instead. Which was much easier. The whole process merely took a week.

Moving to Spain involved so many appointments and registrations that we had to hire a visa agent, despite not needing a visa. And even he agreed we wouldn’t be able to complete all the required steps within the 90-day limit which Spain applies.

The most surprising thing? I’m German. And I still couldn’t make it work!

You need an address to get a tax number and you need a tax number to get an address. The same catch-22 applies to bank accounts and a host of other things. Go online and you’ll find companies and endless blogs of EU citizens who try to move to Spain and get caught in impossible bureaucratic quagmires.

Of course, moving to the UK is easy. But many nations in Europe have incredibly complex requirements like Spain’s for registration when you arrive. Those weren’t abolished by the EU’s freedom of movement. You must still comply with local law. And it’s that local law which makes things problematic. In other words, the promise of freedom of movement is hollow.

I’ve encountered similar problems in Austria and Germany too, personally. The only challenge when moving to the UK was opening a bank account. That took me a month of arguing, thanks to EU laws…

Of course, there are plenty of other stumbling blocks about freedom of movement. Like language. But everyone learns English, right? That’s why so many people come to the UK.

When you factor in all the complications of actually moving around Europe, it’s surprisingly difficult.

Except for refugees and asylum seekers, that is. At the height of the Syrian refugee crisis, I met many of them in Austria. My mum even housed two Syrian couples for a week.

I spoke to many other refugees at bus stops and train stations in Germany and Austria. Because I can speak German and English, I could help out with directions and public transport.

They all spoke better English than your typical London resident. And I discovered they were all heading to Britain…

Now, personally, I’m not against freedom of movement. The problem is that it only works if all other policies and economic conditions are also aligned. If people don’t overwhelmingly want to come to the UK because it promises a better standard of living than Italy or Greece.

Which is just not going to happen anytime soon in the EU, if you ask me…

Right now, on the ground, the EU features a lot of the costs and few of the benefits of the promise of freedom of movement.

3. The euro is causing economic chaos instead of convergence

When the euro was introduced, it promised prosperity, economic convergence between nations, and financial stability.

Twenty years later, the reality of what it has delivered couldn’t be more different. Europe’s economies have diverged, faced economic crises more severe than the Great Depression and financial crises so severe that governments themselves were going bust.

This chart shows how the economic gap between the different nations has grown over time. Italy has been stuck in the doldrums since it joined the euro. Greece had an epic boom and bust. France and Germany have left them behind.

The reasons for this are obvious. In fact, they were so obvious that many people predicted them. Including Nigel Farage; the first chief economist of the European Central Bank, Otmar Issing; and the former head of the unit responsible for the European Monetary System, Bernard Connolly. The latter was fired for his book exposing what would happen thanks to the euro.

In other words, even the insiders knew what the euro would bring.

But how is he euro responsible for this mess? Because it forces a single exchange rate and monetary policy on economies that are completely different.

Imagine if the Bank of England set its monetary policy based on Australia’s economic conditions. Or if the pound moved up and down based on Canada’s trade. It’d be economic madness.

But that’s how the euro works by having a one-size-fits-all policy. It’s no surprise the continent is an economic and financial mess. 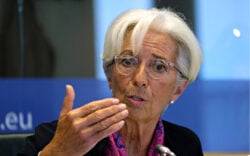 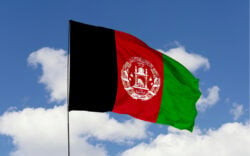