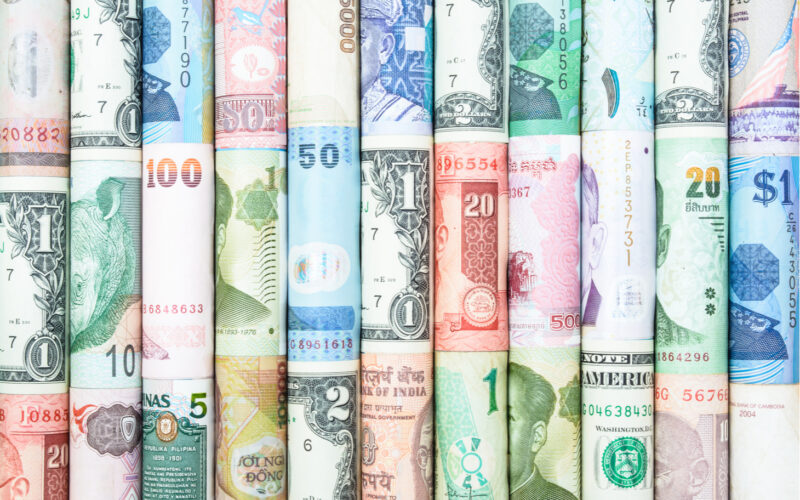 A particularly obscure idea could be about to become the defining financial issue of our time. But, because global reserve currency resets only rear their head once every generation or so, people never bother to understand them in advance. They get caught out and lose money instead.

Fortunately for me, you’re a particularly clever and curious audience deeply concerned with the bedrock of the global monetary and economic system…right?

Well, you want to make money and avoid losing it, anyway.

Tomorrow, I’ll send you a video of John Butler and I discussing why you need to understand all this now, and why you need to prepare for what’s about to happen happening.

First, though, we’ll have to start with some basic insights…

Barter is incredibly inefficient. Economists use something called the “double coincidence of wants” to explain why.

In short, without money, trade is very difficult, because you’re unlikely to find your perfect match.

Under barter, an exchange only happens if you find someone who wants what you have, and you also happen to want what they have. That’s very unlikely.

Money takes this difficulty away, which hugely increases the chances of exchange happening. And, because exchange only takes place if both parties gain, more exchange makes us better off.

Now let’s come at it from a different angle.

Prosperity is largely built on the idea of specialisation and economies of scale. We can produce more overall if we each specialise in something and produce it on a large scale. Even the most vertically integrated firms in the world rely on a very long list of suppliers, as they recently found out to their detriment.

But specialisation and economies of scale can only happen if trade is working well, and so we need money to make that a possibility – to avoid barter. This is why the invention of money is so important.

Just as barter is inefficient and holds back our ability to prosper, so, too, is an economy that has many different currencies and marketplaces. Well, it’s perhaps not quite as inefficient as barter, but it’s still sub-optimal.

Most trade occurs by having one money and one place of exchange. This is what makes us best off.

Now apply all this to trade between nations too. Just as specialisation and economies of scale work between individuals and groups, so, too, do they for nations. Try and grow a banana in Scotland and you’ll see why.

Just as having one currency within a nation helps facilitate the most amount of trade possible, so, too, does this apply for international trade.

This explains why we need a global reserve currency. If we price everything in gold, reals, guilders, pounds, or US dollars, we become more efficient and, thereby, more prosperous.

Each trader can use their global reserve currency anywhere and everywhere. They don’t to try and match goods being exchanged between nations.

Of course, in the end, each economy functions on the local currency. But global trade can take place without having to factor this in each step of the way.

There are other factors, such as exchange-rate risk and political risk, but the point remains the same.

However, reserve currencies don’t come without…challenges. And each type of global reserve currency you can select also comes with inherent biases that affect financial markets.

Investors need to understand the nature of the global reserve system they’re investing under because it will impact their returns.

This is particularly true when a currency reset occurs and the global reserve system changes or is challenged.

That is happening right now to the US dollar, just as it did to the British pound before that. Well, there are some important differences, actually. But if anyone needs to keep in mind that global reserve currency status is temporary, we do.

Before we get to the profound change that’s coming, consider some of the implications of the US dollar being our global reserve currency. How has it impacted your investing life so far?

The effects are all around us – they’re in the news each day. But, because we are so used to the system we’re in, we assume this is the norm. We take it all for granted. (Unless we are Russian oligarchs.)

But let’s start with a basic observation: on a national accounting level, the US can simply print money and buy goods on international markets. That’s why in the 1960s France’s finance minister Valery Giscard d’Estaing called the US dollar’s reserve currency status an “exorbitant privilege”.

Other nations who do not have the right to print US dollars must sell goods to obtain the currency, or borrow it, before they can trade.

That’s how some commentators put it, though the more accurate version is a somewhat more nuanced.

If a country tries to print its own money and buy US dollars to use in global trade, it will devalue the domestic money. The locals would be left with inflation and a currency that buys even fewer US dollars, and thereby fewer goods, on international markets. Whereas when the US dollar prints money to buy goods, the vast demand for US dollars used for global trade absorbs this effect into global trade markets.

In other words, the US must fear the inflationary and exchange-rate effect of printing money less than other nations. That’s the privilege.

In fact, when the US creates more US dollars, it actually cheapens money on international trade markets, and this encourages more trade. Economies like having lots of US dollars flowing into the world.

That’s why the US’s central bank, the Federal Reserve, is so important to the world, and why US interest rates are central to everything.

The US dollar’s status also allows the Americans to wage financial war. Such as on Russia – just hypothetically speaking of course. A nation locked out of using US dollars can’t engage in international trade in the same quick, cheap, efficient and trusted way.

It might seem odd to think that a ban on Russians using US dollars matters much, but this is why we started this piece with such a long explanation of what reserve currencies do. Trade becomes a lot less efficient without them. And that means significantly less prosperity for those locked out of the system.

But now I’m straying into territory I want to get to with John Butler in tomorrow’s video.

We’re going to focus on how the sanctions war with Russia has triggered a response from so many of the world’s pariah states – a response that might amount to a coming currency reset when the US loses its exorbitant privilege.

John’s book, The Golden Revolution is about how global reserve currencies can end, and what the world might turn to instead.

You see, the benefits of a reserve currency are so powerful that even the Soviet Union had one in the form of what was called the Transfer Rouble. But I don’t think that’s what they’ll be going back to this time.

Find out what they will use in tomorrow’s video. 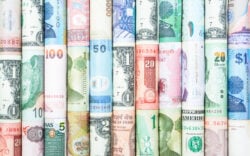 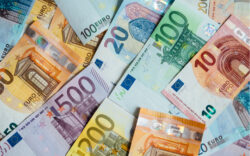 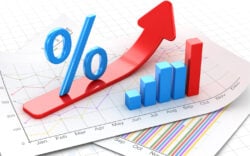