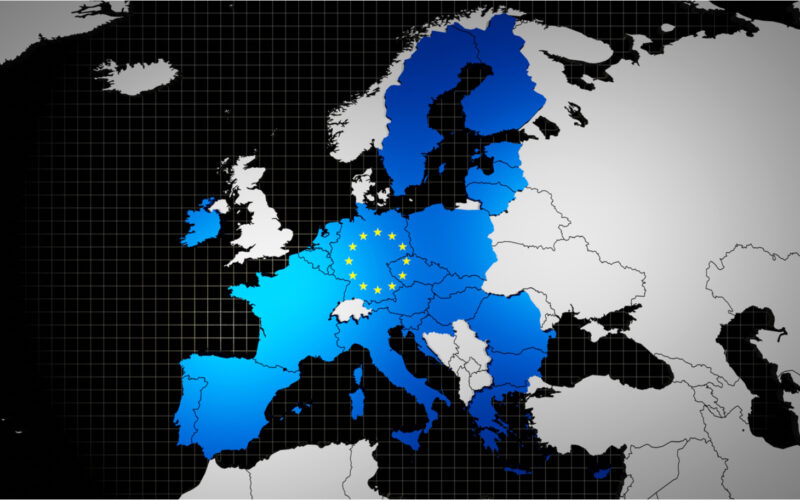 I’m sure Brexiteers feel vindicated about Brexit these days. But today, I’m wondering what the EU will look like in the future without the UK exercising influence as a member.

So, in the spirit of loving thy neighbou, (even during a pandemic) and in fear of whether the EU might crash our financial markets with another sovereign debt crisis, let’s ponder what will happen to those we left to fend for themselves inside the EU.

First up, a metaphor for what I expect to occur: have you ever seen what happens when someone steps off one end of a see-saw? Those on the other side come down to earth mighty fast. And anyone left on the abandoned side gets launched skyward.

This sort of amusement sums up why I want to have at least two children, preferably with significant weight differences. But that’s another story.

What if the EU is in deep trouble without the UK as a member because Brexit has upset longstanding balances, relations and influences within the EU? What if the new equilibrium within the EU is a little… unhinged? Even more unhinged than before Brexit, I mean.

This might seem dramatic, but it’s been a longstanding theme of the EU’s history. Remember that Charles de Gaulle excluded the UK from the EU’s precursor over our potentially wayward influence on European matters.

Ironically, De Gaulle did so just when the UK was about to be governed a bit like France, for a while. And then the UK did become influential in the EU’s prototype just as Thatcherism took hold…

But it’s not just the French who don’t like the UK’s influence. “It would be a great relief if Britain left the EEC [European Economic Community],” Andreas Papandreou, prime minister of Greece, said in 1984 (not in the book, but the year).

How many times did the UK’s veto prevent the EU from imposing bad policy? The UK undermined EU budget protocols in 2011, for example.

How many times did the UK’s expected veto prevent the EU from even proposing bad policy in the first place?

How many times has the UK provided a voice of reason? As Margaret Thatcher put it, “I am not awkward, I just want the European Community to work”.

Then there’s the key issue of competition. Although the UK was supposedly aligned with the EU, it also excluded itself from key policies like the euro, the social chapter and the Schengen Zone.

So, the EU had to contend with states such as the UK that were unwilling to follow what they considered bad policy. The Irish corporate tax story also bears many similarities: the French can’t impose the sort of corporate tax they want to, because it just shifts companies to Ireland. Competition between states prevents the EU from imposing bad policy.

The best example of the idea I’m pointing to is playing out in financial markets right now. Before Brexit, the story was that London would lose access to the wonderful financial markets of the EU. The thing is, the opposite seems to be the issue now.

The Telegraph published the following story, which made me chuckle:

The eurozone’s most powerful banking groups have demanded long-term access to London’s multi-trillion dollar derivatives trading market in a fresh blow for Brussels’ plans to seize business from the City.

In a joint letter, finance trade bodies said that the bloc faces a “cliff edge” unless it extends exemptions that allow trades by European Union institutions to take place in the UK and other major markets.

It said: “If the temporary [arrangements] are allowed to expire without being replaced by equivalence decisions in all key jurisdictions, this will result in increased costs and operational burdens for EU firms while also resulting in trapped assets.”

The UK’s role in defence is an obvious example of how the EU could fare worse without the UK’s influence. While UK troops return to Germany, German banks are avoiding any involvement with the defence sector over concerns the EU will judge such companies to be “socially harmful” and punish those who finance them.

An EU draft proposal suggests lumping the defence sector in with the likes of gambling and tobacco stocks when it comes to who can invest in them.

Now, I don’t know about you, but what could be more European than defence, gambling and tobacco?

A third of a particular German trade body’s defence companies have already had trouble dealing with banks. One Belgian defence company has supposedly had to pay its employees from non-EU bank accounts because the banks didn’t want to deal with them.

Of course, the UK’s Financial Conduct Authority has proposed similar guidelines when it comes to an attempt to restrict what retail investors can access. But it does not feel as targeted towards social policy as in the EU. More on that in coming days.

There’s no doubt that individual nations within the EU are taking an extreme turn. Austria’s lockdown of the unvaccinated. Germany’s potential compulsory vaccine mandate. Greece’s fine for the unvaccinated.

I wonder what all these governments will come up with at the EU level, when they band together on an unelected and unaccountable platform…

Of course, it’s easy to focus on the UK as though it is defined by the era that Thatcher ushered in; an era in which we became champions of deregulation, free trade and more. But the UK had other ideas, before that… and since.

The EU is meeting to consider changing its energy policy in the face of the recent turmoil which saw natural gas prices soar. And there’s a rift between those who want to keep a supposedly market system and those who want to impose controls. The UK couldn’t exactly lecture the EU on keeping a free-market system when it comes to energy prices…

But still, it’s clear to me that the EU has lost a voice of comparative reason and restraint.

As ever, any fierce fans of the EU will deliberately misunderstand the point I’m trying to make. But my argument is about the direction of travel, and how the UK’s absence could influence the bloc’s future trajectory..

We can also think about the UK’s absence in a different way, too: what would the EU have looked like now if the UK had left ten years ago?

Michel Barnier, having changed his spots entirely, has admitted that Brexit was “primarily a failure of the European Union” and not some sort of national delusion on the UK’s part.

Well, with the UK gone, will the EU double down on its failures, or will it reform in a way that’ll leave Nigel Farage regretting Brexit?