How much inflation will the Germans put up with? 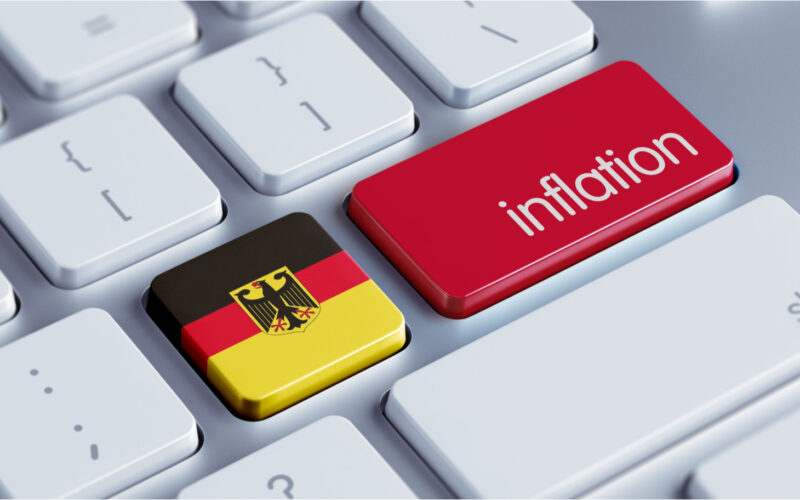 It pains me to say it, but it’s time to start worrying about Germany again.

I’m a German of sorts.

Our latest plan to dominate Europe is about to encounter a major challenge.

One which might be the European Union’s undoing… or at least the euro’s.

The impetus for this risk is soaring inflation. And when it comes to inflation, nobody is as sensitive as the Germans.

But the Germans sacrificed control of their currency in exchange for re-unification. Not officially, of course… but that is how the argument goes. The French apparently agreed to approve the reunification of Germany, following the fall of the Berlin Wall in November 1989, in exchange for monetary union.

It’s not the currency itself that the Germans sacrificed, though. They also gave away the ability of the Deutsche Bundesbank – Germany’s central bank, affectionately (for most of the time) known as Buba – to set monetary policy.

If you think of Germans as being terrified of inflation, you can think of Buba as being their guarantor that it won’t happen again.

That’s because Buba’s job, legendary reputation and power as defined by law centred on maintenance of stable prices. Put another way, Buba had to focus on inflation exclusively, regardless of the political or economic consequences of doing so.

While the politicians were busy promising to give up the deutschmark in exchange for reunification, the Bundesbank got busy temporarily raising interest rates to 8% to offset inflation at the time, despite the howls of protest from politicians.

There aren’t many nations in the world where a notoriously tight central bank is held in high esteem. Populations tend to like loose monetary policy…

When the euro and European Central Bank (ECB) were created, the Germans were under the impression that the Buba would be governing Europe’s new currency. That’s why the ECB’s office is in Frankfurt, not far from Buba’s offices.

But the rest of Europe was under the impression that they were finally getting rid of both the hated German currency and its monetary prudence. The Germans would finally be subjected to the same loose monetary policy as the rest of Europe, putting an end to the high deutschmark and the wealthy Germans it supported.

Because of inflation, this gap in perception is finally coming to the fore, just as it did in the European sovereign debt crisis, which began in 2010.

If you’ll recall, I know of Nigel Farage because of his, shall we call it “coverage”, of the European sovereign debt crisis from within the halls of the European Parliament itself. I used to check on his latest comments as that crisis unfolded.

The setup today is partly the same, and it is partly the opposite of what it was back in 2010. At that time, the big issue was fiscal policy – austerity versus stimulus. These days, it’s monetary policy that’s in the spotlight – reducing quantitative easing (QE – the creation of money by central banks to purchase government bonds) and hiking interest rates.

We now have rising inflation instead of a financial crash. But the insecure financial position of governments is the same.

The Germans are focusing on inflation as the primary concern, while southern European governments, to simplify, are worried about their own solvency if interest rates rise or the ECB stops buying their bonds.

The south wants stimulus and protection, while the Germans want prudence.

Which will the ECB choose to prioritise? Will they behave like the Buba used to, to please the Germans, and tighten policy because of inflation, whatever the economic and political consequences?

Or will they try to keep southern European governments afloat with loose monetary policy, allowing inflation to continue rising?

Well, at the latest ECB meeting, the discussion was about “inflation, inflation, inflation,” according to ECB president Christine Lagarde. But she also claimed the ECB has decided that the inflation is just transitory – or, in other words, that it’ll go away by itself. The Financial Times sub-headline sums it up: “As other central banks tighten, ECB concludes surge in inflation is temporary after ‘soul-searching’”.

This is especially ironic given that it’s the ECB’s policies which are fuelling the inflation it is pretending not to notice after discussing it at length.

Of course, if you only want to hear your side of the argument, the best person to hire as your top central banker is a lawyer like Mme. Lagarde, who is used to arguing one way against opponents arguing the other way. Economists notoriously have two hands and thus consider “on the one hand” as well as “on the other hand”.

But the market is not so convinced about Lagarde’s position, and it is increasingly betting that the ECB will tighten sooner than previously expected.

Investors are betting that the Germans are still in charge, in the end.

If the ECB really does tighten monetary policy, where would this leave the European nations which need low rates and ECB financing of their deficits? How would they cope without support, or even higher rates?

Of course, the ECB is unlikely to suddenly hike interest rates or end QE. It’s more subtle than that: “The view in the market is that central banks are behind the curve,” ING rates strategist Antoine Bouvet told the Financial Times.

That’s what I warned you about back in June, when our inflation prediction had been vindicated. The next step back then, and the current issue, is whether central banks will tighten monetary policy quickly and meaningfully enough to actually rein in inflation. More about that tomorrow.

Meanwhile, the Germans are getting antsy. “The European Central Bank must now take countermeasures” is one sub-headline in leading German newspaper Handelsblatt, which calls for less loose monetary policy given inflation rates.

But the ECB is still doing the opposite – dosing the European economy with huge stimulus.

Consider these tweets from Holger Zschäpitz, whom I very highly recommend following, here:

So, the ECB’s policies are still pumping money into the eurozone.

If there’s one piece of evidence that the Bundesbank’s legacy is dead, it’s this. The last time #inflation was at 4.5% in Germany, the key interest rate was 6.75%; today, it remains pegged at 0%.

Buba’s hawkish central bankers of the past would drop right back into their graves if they woke up and saw this.

What would Buba do? Zschäpitz uses a rule of thumb known as the Taylor Rule:

Good Morning on #ECB day from #Germany, where the key rate should be at 5% & so 5ppts higher than current rate, acc to Taylor Rule w/German core inflation at 2.5% & unemployment near NAIRU. ECB rates should be 3.85ppts higher for entire Eurozone, should be 2ppt higher for #Italy.

Why aren’t rates up there?

It’s because this would trigger a debt crisis, and the ECB knows it.

But here’s why all this matters. The underlying tension inherent in a common currency like the euro is especially powerful in the type of situation we’re experiencing now.

Many nations need tighter monetary policy. Others can’t afford it. But one interest rate must rule them all, once you share a common currency. The ECB must choose who it cares about more – German fears or Italian politicians’ careers. (NB The previous ECB president is now the prime minister of Italy.)

So far, the ECB is trying to keep the likes of Greece and Italy afloat with ridiculously low interest rates. But that could change, if the market is right.

Whatever happens, don’t mention the war.