Welcome to the Energiehalse, Germany – now “Fock off”! 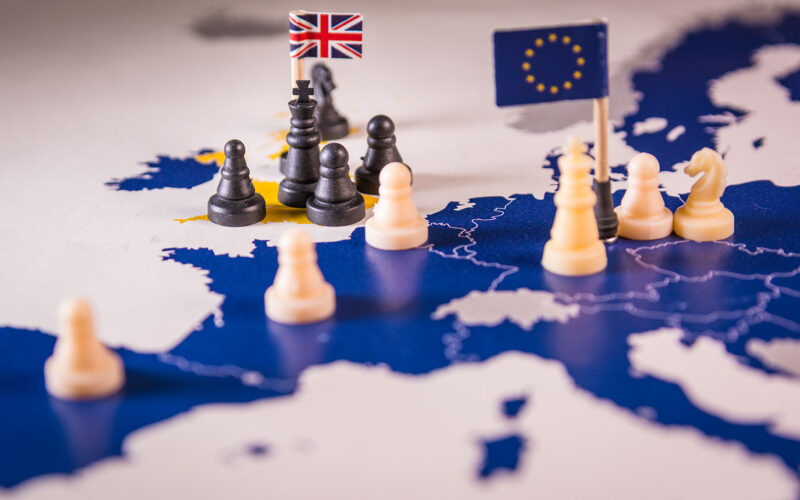 My dad is English, even having carried the flag at the Commonwealth games in Brisbane. But we learned to sail together in German, whilst on holiday in German resorts in Senegal and Turkey.

So, you’ll have to excuse my odd sailing terminology today. Even if it does reveal precisely what remarkable change is about to happen to European energy policy and Germany’s infamous Energiewende…

First things first though – the sailing part of my metaphor.

When you execute a tack in sailing, meaning you turn into the wind until it’s blowing from the opposite side of the boat, it helps to leave the little jib sail at the front of the boat on its previous side a little longer than a beginner might think.

If you do this, instead of propelling the boat forward as it does in the technically correct position, the jib pushes the boat’s nose around to help complete the turn.

This is an important trick because, when you tack, if you fail to complete the turn, you can get stuck with the boat facing into the wind. Sailors used to call this being “in irons” because you were stuck and unable to turn any which way.

And if it’s windy when you’re stuck facing the wind, your sails flap about, spanking you in the face or whipping you with the ropes attached to them. So being “in irons” isn’t much fun.

The Germans, having thought ahead about what this might do to English people trying to learn to sail in German, decided to call the jib sail the “fock”.

Indeed, the German navy’s tall-ship training vessel is called the Gorch Fock, which makes me laugh every time. Having spotted some of its sailors once, many years ago, I referred to them as… oh, never mind.

But funnier still is the process of tacking when your dad is English, but you learned to sail in German…

If you’re travelling fast, the fock… jib can swap over early because you don’t need the extra sideways push on the front. (I can’t remember what “bow” is in German.) But if you’re running slow and the rudder isn’t enough to bring the front of the boat all the way around, then timing the fock is important.

So, in a tack done the German way, the person on the tiller (my dad) tells the person in charge of the jib (me) to “fock ab!” which means “jib off!”

Now, back when we were first learning, we didn’t know what a fock was called in English. But we did know what “ab” was in English. And so my father helpfully translated the call to “fock off!”

On the boat we were sailing, the tiller had to be passed behind the ropes controlling the main sail whenever we changed sides during a tack. This forced the person holding the tiller to face backwards off the boat while they passed the tiller from one hand to the other. And so the person saying “fock off!” had to yell it especially loudly, with the wind at their back, for the person up front to hear it.

Because the fock had the wind pressing sideways on it at this point, it could get jammed in the little locks that hold it. You have to pull the rope out, not just flick it upwards. But I wasn’t always strong enough to do so.

All this means some of my fondest childhood memories are of winning sailing races with my dad against a flotilla of Germans while he repeatedly yells at me, and them, with increasing volume, to “fock off!”

All of this applies perfectly to European energy policy, of course. Of which Germany’s Energiewende has been the posterchild (in both the good and the bad sense). The connection being that a “wende” is a “tack” in German. So the Energiewende literally means “energy-tack” – a change in direction for energy.

Unfortunately, I’m going to hit my word limit if I try to explain all the ways in which the metaphor works so wonderfully…

Let’s just say that Europe is now stuck in irons without the power they need to complete the turn to green energy. They swapped the jib too early, before the economy was ready. And now the voters are yelling “fock off” to the Energiewende, while the rest of the world sails by, wondering what the Germans are up to. And that was before the Russians launched their torpedo…

But today’s Fortune & Freedom is actually about the opposite to a tack. It’s about a jibe… Europe’s upcoming energy policy.

You see, the Germans have realised they’re stuck. And they’re going to try a different manoeuvre to get where they want to go. A manoeuvre that could benefit you greatly.

A jibe means turning with the wind behind the boat instead of in front. It’s even more fun because you have to scramble from one side of the boat to the other as fast as you can to avoid capsizing.

A jibe is considered more dangerous for the type of boat we were in, because the sail goes from one side of the boat to the other in a sudden flash, instead of flapping about indecisively for a while like it does in a tack.

If you don’t get to the other side of the boat fast enough to counter the push of the sail, you can capsize instead of just getting stuck in irons.

I don’t remember whether there is much focking about when you do a jibe. But I do know it’s called a “halse” in German.

Enough of the metaphor. Let’s get to energy.

It would seem that Germany’s Energiewende was a bit of a mistake. The Center for Strategic and International Studies sums it up:

The overall tone is failure—driven by two observations: First, the claim that the Energiewende has not lowered emissions, because Germany phased out nuclear power, a major source of zero-carbon electricity. And second, that it has been too costly, because Germany offered a subsidy to incentivize renewable energy. There are other grievances, but they are narrower and more technical: that Germany pursued its strategy without consulting its neighbors, thus disrupting the regional market for electricity; that the reliance on renewable energy was bound to stall because the transmission lines to make it possible were not being built; that renewable energy would make the electricity system less reliable; and others. In one way or another, the critics have seen the Energiewende as costing too much to achieve very little.

Frankfurt’s Allgemeine Zeitung had the headline back in 2012 that, “Everyone thinks it, but nobody says it: The Energiewende failed”.

The European Union (EU) was first to make the turn. They plugged gas and nuclear power into the ironically named “taxonomy for sustainable activities”. (In the EU, politicians define what is and isn’t sustainable.)

Until recently, the Germans were up in arms… were mildly upset that gas and nuclear power had been included. After all, Germany was busy ridding itself of nuclear power.

But now the Germans are busy building gas storage for next year and two import terminals for non-Russian gas. Not to mention “strategic coal reserves”… How’s that for a halse!

Unfortunately, it’s a jibe which threatens to topple the boat altogether instead of just leaving it without power. Because it’s much too late. You can’t just change a nation’s energy makeup in a matter of minutes. It takes years.

Meanwhile, the cost of energy is factored into everything. And so everything is beginning to struggle.

European electricity and energy prices have gone, as is well documented, through the roof. They’re having a severe impact on the rest of the economy, with manufacturing shutting down. Dutch and Polish greenhouses, UK fertiliser plants and French aluminium plants went dark before the latest surge.

That is not to mention this catastrophe, which the Telegraph sums up as “Energy bills set to hit £3,000 as gas prices soar” and “Investec predicts price cap will rise even higher when it is recalculated next winter, forcing some consumers to ‘eat or heat’.”

For those who choose to eat, just wait till you see food prices without greenhouses, fertiliser or Ukrainian wheat.

Then there’s the geopolitical damage that has been done…

Meanwhile, the same is not playing out globally, with oil, gas and electricity prices in Europe diverging from other places.

The clamour to fix all this is going to grow…

But, just as it took a decade for the consequences of Germany’s Energiewende to get so bad that Europe changed course, it’ll take many years to get solutions up and running.

Here’s the big question for you, though. What happens next? What will the Energiehalse we’re moving towards look like, now that the Energiewende is sunk?