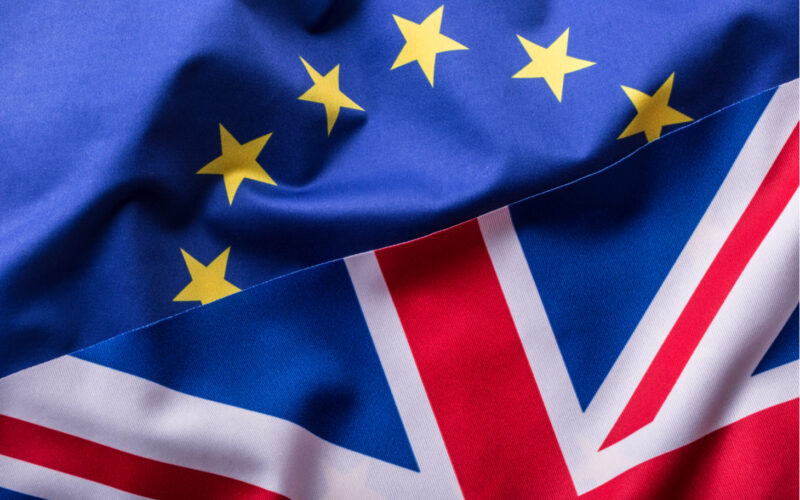 Yesterday, we covered how the EU will change – without the UK to curb its various enthusiasms. Today, we’ll tackle the reverse. How will the UK fare now after Brexit?

Of course, there’s something to be said for self-governance and independence in and of itself. But, personally, I’m a little more interested in what that means for you and me in more tangible terms.

I don’t really care what our prime minister’s name is, what colour tie they wear, nor what they look like. I care about what they’re trying to do to me and my money.

Back when I toured Eastern Europe with the Free Market Road Show, I discovered why the locals were keen on joining the EU, despite all the downsides. Downsides that they were fully aware of, by the way. Not to mention that they’d recently escaped a variety of other unions only to try and sign up to a new one…

Their argument was simple. Just as politics is a choice between two weevils, so too is the choice of joining the EU. And Eastern European politics can make the EU look pretty good, apparently.

I have a lot of sympathy for this argument. But I suspect it was cover for the right to migrate to certain better governed nations in Western Europe…

Speaking of which, let’s start our discussion of how the unshackled UK will fare by mentioning Nigel Farage’s favourite topic of migration. The nightmare of living in Brexit Britain seems to be rather attractive of late.

Consider some of the points made by French interior minister Gérald Darmanin recently, when he described the UK as being “too attractive” for migrants: “Britain must take its responsibility and limit its economic attractiveness.”

I’ll put my hand up for that one…

But the real point was a little different: “[People gather in Calais and Dunkirk because they are] attracted by England, especially the labour market which means you can work in England without any identification”.

To which I hope all of you responded, with your best German accent, “Papers please!”

Jokes aside, it’s good to know that it isn’t the awfulness of the EU that they are trying to escape, but the attraction of Britain.

Dermanin’s comment about the UK “limiting its economic attractiveness” is a good example of how the EU takes action. If one nation is doing too well, making it too attractive, it must be brought down to the same level as the rest.

The Irish must raise their corporate taxes. We must discourage migration by making our nation unattractive to work in.

Now I’m a big fan of migration, for a very long list of reasons. People should vote with their feet, not their vote, in my opinion.

If you want to solve the world’s problems like hunger and poverty, handing out luggage instead of food and money is the way to go.

And I believe that migration reveals all you need to know about ideological battles too. If you focus on nations that build walls to keep people in, and the ones building them to keep people out, it tells you which nation is better run.

Given all this, I think the daily news from the Channel is rather revealing. It tells you how well the UK is anticipated to do in the future. It’s also a little bit odd given how disastrous Brexit is supposed to have been.

But you know, in my experience, people migrate in search of a bright future, not a brighter present.

Business is the same. They are interested in whether things are getting better or worse, not how good or bad things are. Otherwise, nobody would have invested in China these last 30 years.

The story of Nissan’s Sunderland plant and Shell’s escape from the Netherlands is revealing on that count. Wasn’t the opposite supposed to happen? Weren’t companies supposed to leave the UK for the EU?

Indeed, if you take a closer look at the Sunderland story, it only gets more interesting.

Contrast that with Tesla, which couldn’t be bribed enough to put up with German red tape for its Gigafactory. I wonder if Elon Musk is a Brexiteer now.

The same goes for trade policy. Sure, Brexit is disruptive. That is, if you think the period of re-confirming existing deals is important.

But if you believe that the UK will be more open to the world than the EU in the long term, which I’d say is more than likely, then the UK’s new trade prospects are looking rather enticing. You might criticise the Free Ports as being symbolic, but if they’re a sign of what’s to come in the future…

Comments like these from international trade minister Ranil Jayawardena also sound rather good: “We have cut through a record 217 trade barriers this year in 74 nations – an increase of 20 percent on last year – helping our great British businesses export to dynamic economies far beyond our shores.”

And in an article for The Daily Telegraph, Jayawardena also pointed out that, “We have agreed trade deals with 70 countries — plus the EU — worth £766 billion,” and “No other nation has secured so many trade deals with so many of its counterparts in such a short space of time. And this is just the beginning.”

If Brexit is just about getting rid of the worst things about the EU, while keeping the good bits, that’s nice. But it’s not really good enough, in my view. It’s just a good start.

Of course, it’s not all plain sailing for the UK. Consider that the United States is refusing to hold talks about removing steel tariffs because… well, you won’t believe me when I tell you why:

In a communication seen by the Financial Times, a US Commerce department official stated that talks with the UK on easing metals tariffs could not move ahead.

The official cited US concerns at British threats to trigger Article 16, a safeguard clause in the post-Brexit Northern Ireland protocol that overrides part of the UK’s exit with the EU and would suspend checks on goods travelling to Northern Ireland from the rest of the UK.

To be clear, the United States is refusing to continue talks to remove Trump tariffs because the UK is considering letting goods move freely between Northern Ireland and the UK…

That is absurd. Almost as absurd as the UK’s retaliatory duty on bourbon whiskey…

Then there’s the EU like reaction to the energy crisis. A Texas billionaire backed two power stations to restart, but the government held things up. The Telegraph had an unusually candid account of what happened:

One source close to the discussions said: “The whole thing is a complete s–show.

“This country is facing the worst energy crisis in decades. These plants could help cut prices and keep the lights on during winter. But firms are being completely shut out of the process because the market has been strangled by red tape.

“Energy customers will end up paying the price for these poorly-designed rules.”

So, when it comes to energy, things look just as dystopian as they do in the EU. I suppose you can’t have everything. But is this enough, so far?

If Brexit was about avoiding some of the EU’s downsides… well, that’s not very inspiring. Sure, it’s amusing to watch Project Fear disproven.

But that’s not really the point, is it?

So, instead of answering, “are we really better off out,” consider whether we will be in the future, when Brexit has had time to mature? And tell me why, along with your permission to publish your comment under your initials only, to [email protected].