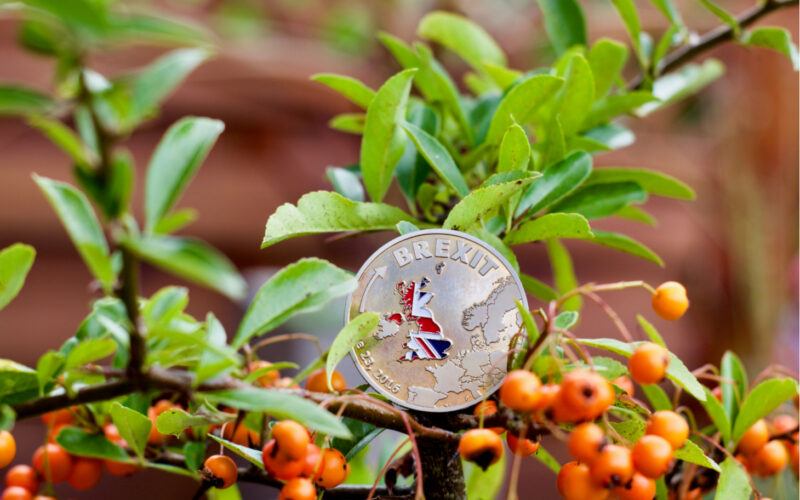 Jeremy Warner of the Telegraph sums up what has financial markets rattled:

Rarely in recent decades have the inflationary warning signs flashed quite as strongly as they are now, and rarely have central bankers appeared quite so determined to ignore them.

But are you worried about inflation? Do you know what it means for your investments? Are you prepared?

We interrupt coverage of this inflationary boom with an update on Brexit. As Jacob Rees-Mogg recently pointed out, UK politicians can no longer blame the European Union (EU) for their poor policies. Parliament is back in charge of Britain, thanks to Brexit. Democracy is restored. Huzzah!

But the history of revolutions is not a very nice one. The people have a habit of coming up with something even worse than their previous oppressors. As Nigel Farage explained, Brexit merely creates the opportunity to govern ourselves better than the EU governed us.

So, how are things going for post-Brexit Britain?

Well, the EU’s own Spring Forecast predicts that the UK economy will bounce back faster from the pandemic than the EU. This is deeply concerning, considering that the EU’s forecasts are usually wrong.

Ambrose Evans-Pritchard reckons that Britain will be the G7’s star performer, outgrowing China and maybe even the United States too. How embarrassing that’d be for the doom mongers.

But what about trade – a top Brexit topic? Bloomberg had this ominous warning last Tuesday: “Data on Wednesday will likely show that the UK had one of its biggest trade deficits on record in the first full quarter since completing the withdrawal deal with the EU.”

The Bank of England predicted an 8.5% surge in imports and not much growth in exports. The International Monetary Fund (IMF) claimed that Britain would face the biggest current account deficit of comparable nations.

They never learn, do they?

Tomorrow I’ll reveal an especially visceral judgement of the perennial anti-Brexit bias of economic forecasters. And it comes from an EU believer, no less. But for now, don’t worry, the doom and gloom mongers will be back, undeterred as ever.

But let’s not just poke fun. Here are some more interesting numbers.

Our exports to the EU are now back to pre-Brexit levels, while imports remain lower. That’s despite the EU’s economy going into a double-dip recession. The shift helped us to narrow the trade deficit outright.

But here’s the radical change: imports from outside the EU are now larger than from inside the EU. For the first time on record!

Remember, the whole point of Brexit was to open up to the world, not just the protectionist bloc of the EU. And the predictions of doom presumed we wouldn’t secure trade deals left, right and centre, which would allow our economy to grow by trading with the rest of the world, not get undermined by the sclerotic EU.

Funnily enough, education and car exports were the biggest contributors to the good trade data – sectors which were supposedly very threatened by Brexit…

Speaking of education exports, the Telegraph had me spitting out my coffee. Read this one very carefully:

More than five million EU citizens living in the UK have applied for settled status, nearly double the number thought to be residents before the EU referendum, official figures revealed on Thursday.

So, far more EU citizens applied to remain in the UK than the government assumed were even in the UK!? It’s not just nearly double what was expected but more than were even thought to be in the country at all!

This infuriates me, because it reveals just how scandalous the Brexit debate really was. British voters have been belittled about their concern over immigration for decades now. Called, racist, xenophobic and all the rest of it. And yet, the whole debate used figures which were completely incorrect.

Imagine if you had questioned the government’s figures on the number of EU citizens living in the UK before the Brexit referendum… or since. In any debate on the topic, you’d be ridiculed, lambasted and scoffed at for doubting the official statistics. After all, if we can’t agree on the numbers, we can’t really have a debate…

And yet, I did question the numbers in 2017. It was well known that the UK’s immigration statistics are fantastical nonsense. But that didn’t stop those who expressed concern about the level of immigration from being labelled as racist.

The Home Office data showed 4.9 million of the 5.4 million [who have applied for settled status] had already been granted settled status, of which 4.88 million were living in England. This compares with the three million that were estimated to have been in the UK at the time of the vote on Brexit in 2016.

Did Brexit trigger some sort of exodus of EU citizens who wanted to escape the EU with us? Are we the Titanic’s lifeboat? Will EU citizens be the ones jumping into dinghies at Calais soon? Can you imagine Nigel’s reaction…?

Now, to be clear, I don’t share Nigel’s stance on immigration entirely. It’s one of the few things we disagree on. I favour a more open system than he does, from what I can gather.

But, after watching the elites ridicule those who actually live out in the communities which provide homes to immigrants, seeing the elites’ figures blown out of the water is a strange combination of infuriating and gratifying. It’s a form of vindication that should never have happened in the first place.

This article is supposed to be about the UK’s future though. So, do we know how many EU citizens are in the UK now, after Brexit? Nope. Will we ever know…? I doubt it…

Anyway, what about the Queen’s speech – the newly sovereign Parliament’s agenda? You can discover Nigel’s take here. He’s not impressed with the economic revival, but he is with the social side.

Particularly important seems to be that Brexit has occurred at a time when the Conservatives are dominant, allowing them to implement free market reforms. It would’ve been a nightmare had we ended up with something more left wing than the EU, after all…

The extraordinary thing is that Remainers are increasingly waking up and agreeing with so many Brexiteer’s long-held claims.

And I don’t just mean Michel Barnier, who is looking to suspend immigration into France for 3-5 years. He’s doing that after criticising Britain for wanting to reduce it, not suspend it…

You can catch Nigel’s reaction to that one here. It left me in stitches.

More on Remainers’ change of heart tomorrow… and the investment implications for UK stocks.