When you have eliminated all which is impossible, you get inflation 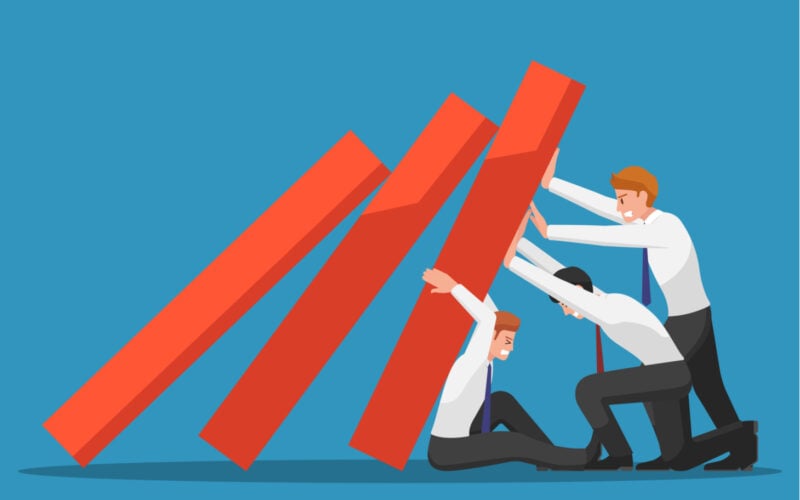 We’ve been digging into the weeds of bond markets, inflation and monetary policy for a few days now.

The Bank of England’s threat to tighten monetary policy despite the economic consequences, Australia’s recent bond crash and Germany’s inflation panic have all featured in the story.

Today, I want to take a bird’s eye view of the pickle that central bankers are in, to help you realise where we are by highlighting how we got here as I see it.

If inflation is too high, they raise interest rates. This makes debt more expensive, which both slows down monetary growth and economic growth, thereby reducing inflation.

If inflation is too low because economic growth is too low, central banks’ lowering interest rates spurs on borrowing, which gets growth and inflation rising again.

Over the past decades, since the 1980s, it required ever lower interest rates to get economic growth to pick up again.

Each time, ever lower interest rates encouraged ever higher levels of debt. That has been true in the government, corporate and household sectors. That’s why mortgages grew, government debt to GDP grew and corporate debt grew. Debt became cheaper.

But inflation was kept under control at each point, incredibly well.

They called it “the great moderation” and US presidential candidate John McCain joked that if former Federal Reserve chairman Alan Greenspan died, they’d prop him up in his chair and keep going.

Here’s the underlying problem with this direction of travel…

The debt levels we are now at, globally, are so high that interest rate increases trigger a huge problem for borrowers.

What used to be a small increase of 1% in interest rates now has a huge impact because of this debt pile.

The tool which central bankers use to rein in inflation has grown ever more dangerous.

If inflation rises from 1% to 3%, just hypothetically speaking of course, then interest rates would logically have to go above 3% to control it. But that would place a huge burden on borrowers.

I believe we are now at a point where interest rate increases of even small amounts would trigger a debt crisis. And this suggests that inflation will be allowed to get out of hand. Rates cannot rise enough without causing a crisis long before inflation is fought.

Today, we are in the next phase of all this – and I hope you’re noticing the trend and descent here. It’s not just interest rate hikes that people fear, but the withdrawal of something else.

In 2008, it took a new policy – that of quantitative easing (QE, as explained below) – to provide the stimulus which the economy needed, because interest rates could only go so low.

Governments, stockmarkets and companies are now reliant, not on interest rate cuts to survive, but QE. Central banks around the world are buying bonds, stocks and other assets to try and keep things afloat.

Just as they can’t raise rates, central banks cannot even withdraw this QE without triggering a crisis. They are literally financing governments by buying their bonds.

… well, the recent and dramatic events in the market for two-year Australian government bonds tells us that borrowing rates can double in a matter of hours.

The world is reliant on the central banks’ spendthrift policies to tick over. But inflation is ticking up. And the policies historically used to rein it in are just too dangerous to use.

The descent of the drug addict metaphor is as apt as ever. But today’s Fortune & Freedom highlights how drug addicts turn to ever more powerful and dangerous drugs over time, not just more of the same drug. And each time they do, the risk of a problem and the severity of the problem gets worse.

The old-school monetary policy of interest rate hikes and cuts was alcohol and tobacco. QE was marijuana – of questionable legality given it came close to financing governments.

We’re now on to the heroin, with central banks buying all sorts of assets, not just government bonds.

But there aren’t more places to go, if the descent continues. One outcome could be that the central bankers overdose and destroy the currency with inflation.