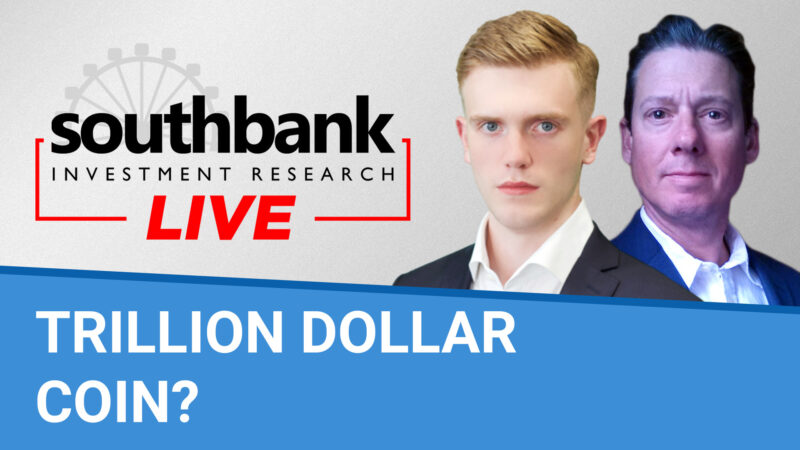 What would you do if you were given a million-pound note… but weren’t allowed to spend it?

Swagger on social media with it, and hope to gain status and sponsorships with your following?

Use it to secure a loan for a business venture?

It might even help you get a mortgage in London…

What one might do with such an extraordinary piece of paper is a fun thought experiment, and forms the plot of the 1954 classic The Million Pound Note (also known as Man with a Million).

Down on his luck, an American in Britain called Henry Adams (played flawlessly by Gregory Peck) is lent a £1,000,000 banknote for a month by a pair of wealthy brothers. The brothers have a bet: one believes that by simply possessing the banknote, Adams will be able to acquire whatever he wants, while the other believes Adams would have to spend it to improve his life in any material way.

I won’t spoil what happens, but it’s a great film which asks fundamental questions about what wealth ultimately is, and what it can and cannot do for you. The whole thing is available on YouTube here if you fancy a watch.

Of all the things one might do with a £1 million note, giving it to the government to help with the debt burden is probably the dullest (if that was your answer to the question at the beginning of this letter, please get a hobby).

And yet over the pond, a similar idea is gaining a cult following…

“The note! The blasted note!”

“Under your carpet – my instruction.”

“Why on earth would you do a thing like that?”

“I don’t like Yankees. I don’t like what you do with your money. But the things we do for it are a dash sight worse…”

As everyone knows, the US Government is grossly indebted, to the tune of $28 trillion. But it wants to keep spending. “Them Green New Deals and Cold War II arms races ain’t gonna pay for themselves…”

So why doesn’t Congress just mint a series of platinum coins with a face value of $1 trillion, and use them to pay its bills?

Simple problem, simple solution. The movement even has its own hashtag: #Mintthecoin.

What could possibly go wrong?

I should note that it isn’t the first time this idea has been proposed over the past decade. But I wonder what it means when we see such popularity for the idea in an environment where opposing government profligacy is tantamount to political suicide…

That’s what we’ll be kicking off with tomorrow at noon in this week’s Southbank Live – our weekly live broadcast where we discuss the state of the markets with our in-house experts with live questions and feedback from our readership.

We’ll be taking a look at the trillion-dollar coin proposal, the uneasy state of the stock market, bitcoin’s sudden surge (and what might be driving it), and more.

I hope you can join us, and join in! You can use that link above, and I’ll send out a reminder half an hour before we go live.

I know noon isn’t the best time for everybody – we’re still figuring out the best time to run the show, so please bear with us. But if you can’t make it, there shall be a recording made available shortly afterwards on our YouTube channel (you’ll be able to access it using the same link above). And you can send me any questions you’d like me to raise with John on the state of the market here.