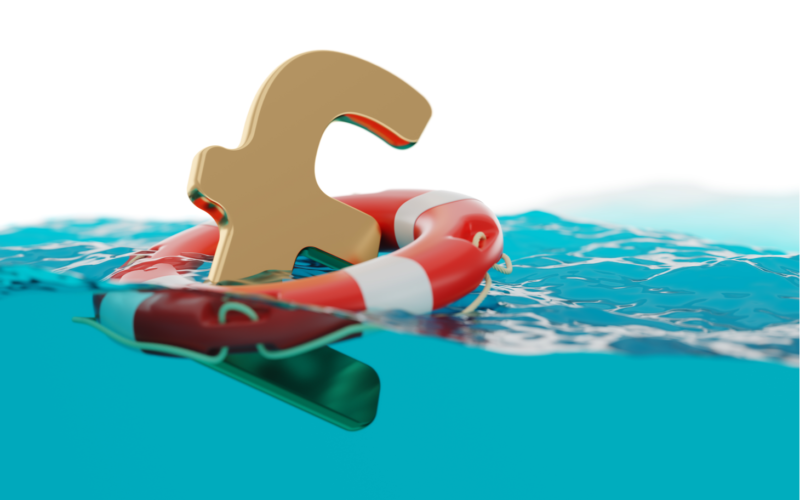 For many years now, my father has called me every few weeks to tell me about the latest problem which will cause an imminent economic or financial crash. Each time, I respond to the latest flashpoint with, “They’ll just print more money.” The underlying idea being that central bankers can paper over any financial crisis if they just create a sufficient amount of money and inject it into the economy.

When Covid-19 came along, that idea was put to the test. Could money creation prevent the economic consequences of a pandemic and lockdown? Surely, this time, they’d reached the limit of their powers?

Well, it took the UK stock market about 14 months to recover from the Covid crash and get back to 2019 levels. The US markets needed about five months!

But that’s just stocks. The Financial Times reports that, “UK household wealth rises to record level during Covid crisis.” And it wasn’t a small change:

The ONS figures showed that the household balance sheet improved by £950bn to reach the total net worth of £11.4tn — a figure that is more than four times as high as in 1995, when the balance sheets were first published, while the cash size of the economy rose only 2.5 times.

Does this make sense to you? Should a pandemic lead to record wealth, record stock markets and a booming property market?

So, what happened? The explanation lies in booming debt, as the FT article goes on to explain with the help of a token expert.

Torsten Bell, director of the Resolution Foundation think-tank, said: “The nature of the Covid-19 crisis has meant households had their balance sheets protected while the government balance sheet took a pasting.

“Homeowners and the rich did well, while younger people will be left having to take decisions in future about how to deal with higher public and private debts,” he added.

We’re now stuck with a debt hangover. And it’s already starting to bite, with tax changes and welfare cuts. Chancellor Rishi Sunak is about to take away the punchbowl.

But there’s a bigger issue hiding behind all this. Why was the government able to shoulder so much of the burden?

Given the unsustainable amount of debt which governments and other institutions are in, why aren’t our vast debts a problem already? By any rational measure, we should be in some sort of fiscal crisis by now. Alongside most the world, I might add.

The answer is that there’s a financial institution standing behind the government, willing to bail it out by creating money out of nothing and buying government bonds. The government cannot go bust as long as central banks are willing to finance it. My response remains the key: whatever the crisis, they’ll just create more money to “solve” it.

This creates the key question I want to focus on in an upcoming video I’m putting together: if debt is the problem why can’t central bankers just buy all the debt?

There are several variations on this theme.

If central banks can solve the problem of too much government debt, why is it a problem at all? Why do deficits matter at all?

Why can’t central banks buy corporate and household debt too, and thereby bail out everyone, not just the government?

Does debt even matter if central banks can just buy it all up?

Can a financial crisis even happen if central banks are willing to buy mortgages, corporate debt and shares, let alone government bonds?

I’m sure you can think of other variations on the same question. But the underlying one remains the same: can central bankers save us by creating more money and dishing it out in whatever part of the economy is in trouble?

These are the questions which I’ve asked the smartest people from all around the world… the ones I happen to know, anyway.

I’ve asked them in a series of interviews. And I intend to make a montage about their answers to explain our situation.

It feels like there is a free lunch to be had, doesn’t it? As if we need never fear a crash again, because central bankers will save us.

But there is a catch, which I’ll get to in a moment. (What you’ll find interesting about the catch is just how difficult it was to get the experts I interviewed to say it out loud.)

My question to you is this: how much background explanation do I need to give in the video? Because, of course, the background information is a little boring theoretical.

Do I need to explain this to viewers? Or does my audience understand it already?

And there are all sorts of other considerations and questions which such a video would raise, only some of which I can answer without making the video painfully long…

What happens if the central bank loses money on its holdings? If the bonds on its balance sheet are defaulted upon, what does that mean? Can central banks go bust, in other words?

Why hasn’t all this monetisation and quantitative easing (QE) led to inflation?

What’s the significance of bank reserves in the process by which money gets injected into the economy by central banks?

Should I mention Modern Monetary Theory (MMT)– the economic ideology which has highlighted the immense powers of the central banks, despite them having those powers since the mid 1970s, when the last link monetary to gold was lost?

The end of my video will focus on the implications of a world where central banks are willing to create however much money is needed to forestall a debt crisis. It’ll be about the only constraint on this way of shifting problems out of the economy.

Can you guess what it is?

Before you go – have you confirmed your free place at Thursday’s big online trading event? It’s called Follow The Money. And in it, you’ll discover a new way to trade stocks. It’s smart, simple and intuitive. More details here. (Capital at risk)