Welcome to the Crack-up Boom 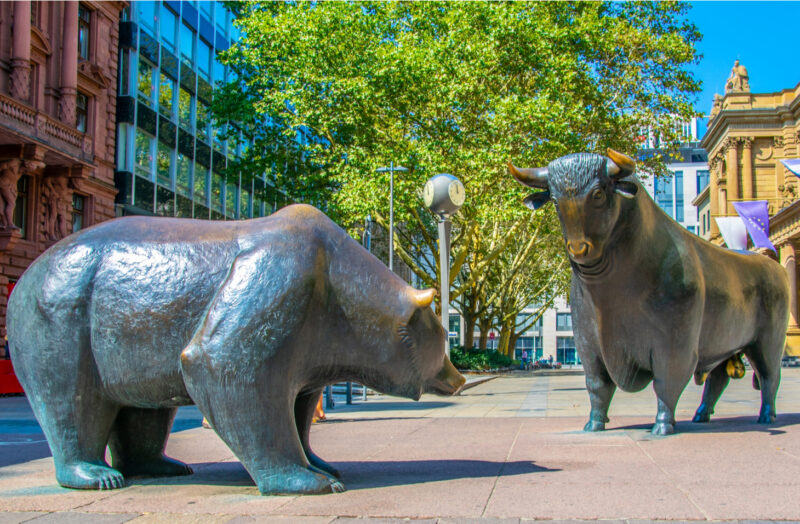 The Crack-up Boom was originally known as “Katastrophenhausse” in German. That literally means “catastrophe-boom”. It’s a false surge in economic activity driven by people’s desperate attempts to escape money because its value is being inflated away. And it always ends badly.

The boom takes two important forms. First, consumers try to spend their money as fast as they can in order to avoid being the one losing purchasing power. They buy things they don’t need just to escape rising prices.

And then there’s the debtors – the industrialists and home-buyers who borrow as much money as they can to buy things and invest. The inflation will devalue their debt over time, making it easy to pay back and leaving them with real resources that didn’t get inflated away.

Together, these two effects trigger a surge in GDP, which most economists see as being good news. It’s a boom, after all.

However, it isn’t really good news – and that is because it only begets more inflation and eventual economic chaos.

What is the Crack-up Boom?

Consider how Investopedia sums up the theory, with my emphasis added:

In the crack-up boom, the central bank attempts to sustain the boom indefinitely without regard to consequences, such as inflation and asset price bubbles. The problem comes when the government continuously pours more and more money, injecting it into the economy to give it a short-term boost, which eventually triggers a fundamental breakdown in the economy. In their efforts to prevent any downturn in the economy, monetary authorities continue to expand the supply of money and credit at an accelerating pace and avoid turning off the taps of money supply until it is too late.

All that sounds familiar to me, after living through the past two years…

Investopedia goes on to put the Crack-up Boom into an important context.

In Austrian business cycle theory, in the normal course of an economic boom driven by the expansion of money and credit, the structure of the economy becomes distorted in ways that eventually result in shortages of various commodities and types of labor, which then lead to increasing consumer price inflation.

Investopedia then goes on to explain what happens next in this process.

Causes of our Crack-up Boom

Central banks continued extremely loose monetary policy “without regard to consequences, such as inflation and asset price bubbles”. That’s precisely what has happened over the past two years.

Inflation rates in key economies around the world hit multiples of inflation targets, but the quantitative easing (QE – the creation of money by central banks for the purchase of bonds) and zero per cent interest rates persisted for months after. Even today, inflation is much higher than interest rates, adding more fuel to the fire.

Similarly, government spending continues to veer out of control, despite debt and inflation running rampant.

Who would’ve thought that US policymakers would engage in a $1.9 trillion stimulus package while inflation was running at 6%, unemployment at 4.2% and GDP growth expected at 6.3% for the first quarter of 2021? It was madness.

Signs of our Crack-up Boom

The distortions of the Crack-up Boom theory are what we puzzled over in 2021. Topics for discussion included the prices of lumber, coffee and other commodities going berserk. We’ve had goods shortages, with computer chips getting all the attention, and an energy crisis too. This was after the oil price went negative. And used cars were selling for more than the same model new, because of the waiting time.

None of it made sense, unless you understand the Crack-up Boom theory, which is all about the structure of the economy and how prices lead to decision making. Mess with prices, as governments and central banks have done, and you get chaos.

Stories about labour shortages are another key issue because of how the Crack-up Boom shifts incentives for people. They take on speculation as their pastime, instead of working, as asset prices are bid up while wages stagnate in real terms. Meanwhile, some businesses are forced to offer extreme pay rises, like Amazon’s $3,000 signing bonus for warehouse workers.

It’s truly remarkable how well the idea of a Crack-up Boom conforms to our present plight.

But what does it tell us will happen next?

Predictions based on the Crack-up Boom theory

The Austrian Economist Ludwig von Mises explained that there is no escape from the pain. It’s just a question of when, and how, society is willing to take it:

There is no means of avoiding the final collapse of a boom brought about by credit expansion. The alternative is only whether the crisis should come sooner as the result of voluntary abandonment of further credit expansion, or later as a final and total catastrophe of the currency system involved.

What does that pain look like? Well, given how well we’ve conformed to Investopedia’s description so far, let’s find out from them:

The rising prices and limited availability of necessary inputs and labor put pressure on businesses and causes a rash of failures of various investment projects and business bankruptcies. In Austrian Business Cycle Theory this is known as the real resource crunch, which triggers the turning point in the economy from boom to bust.

That’s what we have ahead of us…

After the Crack-up Boom comes the bust

In 2022, energy companies went bust, bankruptcies soared, real wages plunged, resources were in short supply as an energy crisis struck and people began to protest the chaos. US GDP fell for two consecutive quarters and the rest of the world looks to be close behind.

But that’s just the beginning.

Governments and central banks cause the Crack-up Boom. But what can they do about it?

Option one is basically the recession that we saw in the early 1980s in the UK and United States, when monetary policy was tightened to rein in inflation, despite the economic damage.

This time, the same cure would likely taste a lot worse given how much more debt we’re holding, making interest rate hikes all the more painful.

Option two is hyperinflation, of the sort that von Mises lived through in the 1920s. That’s what happens when governments and central banks do not rein in their excesses and try to keep the party going with ever more money, often to try and fund public spending.

Once people realise this symbiotic relationship between central bank and government, known by economists as “fiscal dominance”, they also realise that the inflationary policies will continue. And that’s when inflation really takes off.

So, be careful what you wish for. Because what comes after the Crack-up Boom could be worse!

Or better, if you’re positioned to profit from the Crack-up Boom.

How to survive the Crack-up Boom

Investing and managing your wealth is, after all, a game of alternatives. You’ve got to hold something, even if it’s cash. So, what do you choose?

The first lesson is to invest in real, tangible assets. These cannot be inflated away.

Using debt to finance some of those assets is also wise, especially at fixed interest rates.

Avoid purely financial assets like bonds, which are just promises to pay you money in the future. By the time you get repaid, the money will be worth less. 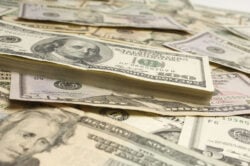