The beatings will continue until morality improves (Part 2) 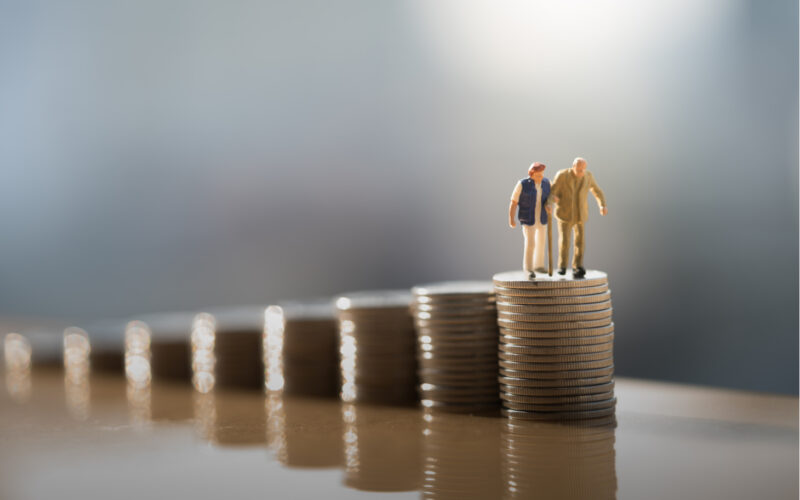 In Part 2 of my Q&A with Rob Marstrand, we dig into the more general nature of how governments tend to change the rules and move the goal posts on investors.

Be sure to check out Part 1 first, if you haven’t already, to find out just what they have planned for you now.

Nick: You’ve argued that the proposed changes will lead to fewer choices available to investors. Why is that a bad thing?

Rob: The problem when investors all rush – or are pushed – into the same things is that those assets tend to become more expensive. A lot of investors – especially retirees – rely on dividends to provide an income.

If you double the price-to-earnings (P/E) ratio of an investment, then the dividend yield will be cut in half, all other things being equal. Then you’d need twice as much capital to generate the same amount of income per year, measured in pounds.

It’s obviously best to have a wide range of investment choices, and to pick the ones that best suit your needs. Often, at the moment of purchase, those are the things that are out of favour in the short term, for some reason. When it comes to dividend-paying shares, that means you can buy them more cheaply and get a higher dividend yield.

N: I noticed that the Financial Conduct Authority (FCA) proposals include warning investors about holding too much cash. This goes against what you’ve been doing with your subscribers at UK Independent Wealth.

R: It’s undoubtedly true that cash deposits pay pathetic amounts of interest these days. This means they lose buying power over time due to consumer price inflation, which has been rising recently.

However, keeping some cash is a perfectly legitimate investment choice when assets are too pricey, or just to hedge against market uncertainty. Cash is dry powder to use when stock markets fall sharply, which they inevitably do from time to time.

A recent example was in March 2020 when the pandemic really got going and economies went into lockdown, causing stock markets to fall sharply.

In such circumstances, cash reserves can be used to buy new investments when they’re “on sale”. The aim being to profit from the price recovery that usually follows, after the storm has passed.

Also, no investor should have all their eggs in one basket. It’s essential to diversify. The old standard was to have, say, 60% in stocks and 40% in bonds. But bond yields are pathetic these days, inflation is rising, and bond prices will drop if yields rise.

Given that, investors are better off diversifying elsewhere. Gold is one alternative, but so is cash.

My fear is that, if people are discouraged from holding cash, even for short periods, they may end up owning more bonds instead. Given the current environment, that could result in poor investment outcomes.

N: When we first wrote about how governments like to change the rules on investors, a lot of readers sent in emails about how Gordon Brown had done just that in 1997. You’ve had some other personal experience with this sort of thing…

R: If memory serves, Brown removed the tax exemption on dividend income received by company defined-benefit pension schemes. Those are the schemes that make payments based on a person’s salary and years in employment.

This was the start of the rot for such schemes. I was a member of such a scheme at the time. Shortly after Brown’s rule change, the scheme terms were changed from being based on final salaries at retirement to average salaries during employment at the firm. Since salaries tend to rise over time, this amounted to a pension cut.

I still don’t know exactly how that was legal. But, at the time, I estimated it cut my pension value by about a quarter.

British governments – from both sides of the political divide – have past form on this type of thing. There was a brief moment in the early 2000s where you could put as much as £250,000 a year into your personal pension and claim back the income tax, which was up to 40% at the time. I thought that was too good to last, and sure enough it’s now been cut to £40,000 a year.

Most people may think that’s still plenty, and wish they could even get close to the limit. But it’s the principle that you need to focus on. Governments can change the rules of the game at any time, including retroactively.

The problem is that someone may have stuffed a lot of money into their pension in 2006, based on their time to retirement and reasonable expectations for long-term investment returns. But with the lower allowance today, they’re likely to breeze through the limit over time, and will suffer punitive taxes when they eventually retire.

Most recently, the Treasury suddenly increased the age when people can access their defined contribution pension funds, from 55 years old to 57. Defined contribution schemes are the ones where you and your employer pump in cash, which is then invested, hopefully with some element of reasonable choice where the money goes. Anyway, this is just the latest example of sudden changes to the rules.

Could the government do the same with ISAs as well in the future, and change those rules? Could it maybe impose a “lifetime ISA limit”, above which you get hit with a big tax? I don’t want to give the policymakers ideas, but of course they could.

In Argentina, a country I’m very familiar with, the government simply confiscated all private pension schemes during the global financial crisis, and rolled them into the state-run schemes.

This was done to “protect” them from the crisis, but the process amounted to state confiscation of private assets. We’re not quite there yet in the UK, but I’d never say never. If a Corbyn-type government ever got into power, I could certainly imagine it happening.

N: I think it’s important to remember that we have a pension and retirement system which rests on individual’s choices, savings and investments because the government cannot be trusted to run things properly. The cost of the age pension and the unfunded liabilities of many government pension schemes around the world are examples of this. But it seems to me that governments are trying to wrestle back control of all that money, now that investors have placed it into the system. What further rule changes do you expect in coming years?

N: How can investors protect themselves from future changes they disagree with?

R: There’s not much you can do about future rule changes, if your money is already locked up in pension accounts until retirement age. Just try to spend less, save more, and invest it well.

Also, think about keeping some money in offshore accounts. To be clear, this is legal, provided you declare them and pay all taxes due. However, it’s much harder for a government to seize assets that are held outside its jurisdiction. And, if the worst comes to the worst, you can leave the country.

N: If you suspect your allegiances lie with Nigel and Rob, you can find out more about UK Independent Wealth here.

PS If you think all that is controversial, edgy or far sighted, you ain’t seen nothing yet…

If you haven’t seen it already, you need to watch this today.

Nigel Farage sits down with global forecaster David Murrin to talk about WW3, a new golden age for Britain and the possibility of a big (and rapid) stock market collapse. If that doesn’t get you interested, you’re in the wrong place!

Watch now: What if Brexit is only the beginning?

You can find out more about David’s own work and big ideas over at davidmurrin.co.uk