How to get rich enough to be raided by Irishmen 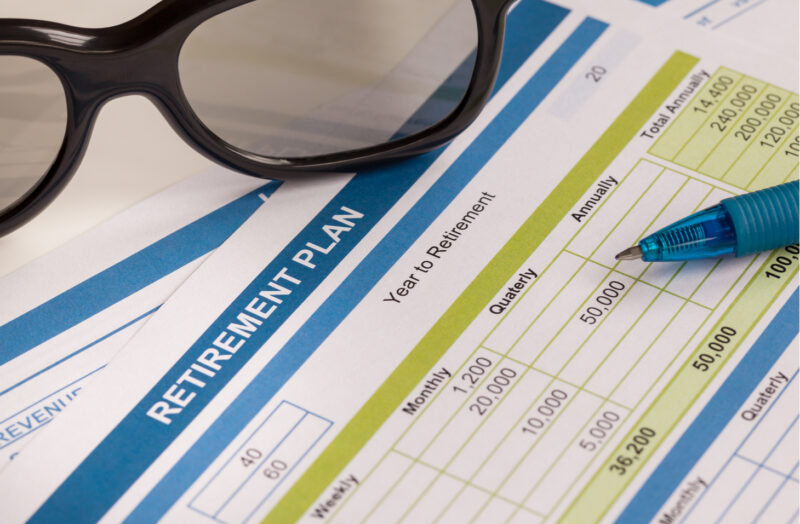 In 2015 I uncovered the most powerful investment idea I’d ever found.

As much as it pains me to say it, the idea came from… the BBC. And it was only a re-run of an old episode too…

The TV show was called Coast. I don’t really know much about it. But the episode triggered a lightbulb moment. A method of building streams of retirement income.

Long walks on the beach are a staple feature of many retirement plans, right? The pleasure of the sand beneath your feet… the smell of the ocean… and the beauty of the sunrise or sunset.

But almost 1,000 years ago, the 12 Grey Monks of St Dogmael’s Abbey wandered across Poppit Sands in Wales every day for a different reason.

To pay for their retirement.

Ok, so maybe being a member of the Catholic Tironensian Order in Wales isn’t exactly your idea of “retirement”. But compared to the subsistence lifestyle of a peasant in Norman Britain, it’s probably not far off.

Even though the monks subjected themselves to the poverty preached by Saint Benedict, their hospitality was renowned amongst the nobles who made a pilgrimage to the abbey. And when a band of Irish raiders robbed the place in 1138, they discovered an “exceeding great booty”, which they promptly carried off.

Not many people in those days could afford to spend their time praying, learning to write, and making “witticisms and jokes” that got them in trouble with the Pope in 1202. But the monks could.

The typical Welsh peasant’s life would’ve been barely above subsistence level after working around the clock. But somehow, St Dogmael’s Abbey managed to become one of the richest monastic institutions in Wales. The question is how?

Thanks to an aerial image from Google Maps and the episode of Coast which appeared while I was busy avoiding adverts, I have the answer. Better still, I know how you can use the submerged secret of Poppit Sands to fund your own retirement. Forever.

In fact, we’re talking about passing on a legacy of wealth for long after you’re reading this.

It’s all got to do with a terrible cliché. I’m warning you, this will make you cringe. But stick with me…

You know that saying about giving a man a fish?

Well, it turns out you can go one better than teaching him to fish. After all, fishing isn’t everyone’s thing.

Some people like to spend their time praying and copying religious books. Others like to enjoy a relaxing retirement, playing lawn bowls or cruising the Mediterranean. Then there’s the people who don’t just want to secure their own financial future, but that of their loved ones too.

But how do you pay for all this? That’s the key question for anyone seeking a life of leisure. How do you get the sort of income that pays for lazing around in your golden years, or going on expensive adventures to see the Pope in Rome under the guise of a “pilgrimage”?

That’s what a satellite image revealed. Well, the local archaeologists had to send in a team of scuba divers to figure it out first.

What they found was the long-lost secret of Poppit Sands — a fish trap. A bloody great big one, hundreds of metres in size.

The Grey Monks built it about a thousand years ago so they could spend their time pleasing the Lord instead of figuring out how to feed themselves. They were banned from eating “four-footed animals”, so fish was their go-to source of protein.

Imagine walking down the beach in 1115 with your pious robes and funny-looking haircut. While the local Welsh are bobbing around in boats on the ocean, getting their fingers caught in fishhooks, you just wait for the tide to go out. Then you stroll over and leisurely pick up dozens of fish in minutes. It’s not far off going shopping at the supermarket today… for free. Wouldn’t that put you in a good position for retirement?

You’ve got the rest of the day free to do whatever you like. I just hope you spend it on something more enjoyable than copying books and reciting “Hail Marys”.

Now the fish trap is well below the water line these days. But, presumably, it operated successfully for a very very very long time before being submerged by carbon dioxide. It probably fed many generations of people. With about the same amount of effort as your supermarket run in 2020. Only more scenic.

Not bad. But don’t go out and build your own gigantic fish trap just yet. I have something different in mind. The financial market version…

The Holy Grail, passive income and the crossover point

The Holy Grail of retirement planning is to get your passive income beyond the crossover point.

I know what you’re thinking: “Huh? More religious metaphors?” Well don’t worry – it’s not as morbid as it sounds.

This is very different to the current conventional wisdom of selling off your assets in retirement. But I think that’s dangerous. Because you could run out of stuff to sell. Or be forced to sell at low prices during a market crash. Passive income doesn’t deplete in the same way.

And you could pass on that passive income secret to others…

But what is this secret? It’s dividend reinvesting.

You see, some companies offer to pay your dividend in more shares instead of money. Over time, this grows your position in the company, as well as allowing it to raise more money to grow.

All you have to do is sign up to their Dividend Reinvestment Plan.

When you retire, you just opt out of the DRIP, as it’s known, and begin receiving cash instead. Far more than you would’ve given you own more shares now.

What makes dividend reinvesting so powerful is the compounding. Growing your stake over time with the proceeds of your existing investment.

Each dividend earns more dividends the next time there’s a dividend, because you’ve elected to receive stocks. That’s what drives the exponential growth.

There are several other ways to grow your wealth using the power of compounding. It’s one focus of our investment director Rob Marstrand. He’s written about it in the past.

And now, partnered with Nigel at UK Independent Wealth, Rob has released his blueprint for how to grow your wealth.

If you’ve been searching for specifics, details and a course of action, you need to see it.