Prepare for the government’s inflation 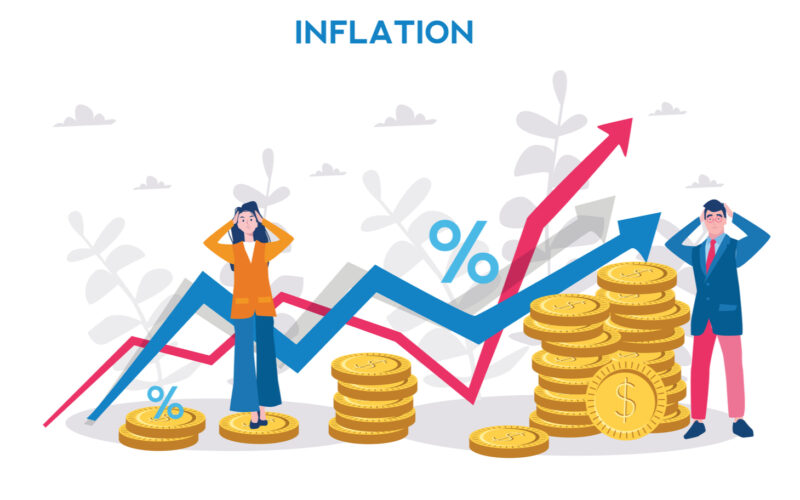 Yesterday, Nigel Farage revealed the inflation spike to you, right from its very heart of commodity trading, in Chicago. And we discussed how the inflation is deliberate and necessary as governments try to pay down loads of debt.

Today, we take a closer look at those debt loads – how we got into this mess and why we’ll struggle to get out.

But let me start with a simple question, which nobody has ever given me a satisfactory answer to…

If government stimulus works, then why do debt-to-GDP ratios rise?

But I better explain…

Eventually you end up where Europe and the United States are today. That is to say facing a choice between inflation or a crisis, because debt levels are so huge and government spending is such a large part of the economy that cutting spending or raising taxes no longer works to rein things in.

The US government’s response to the 2008 financial crisis triggered the Tea Party protests. The protestors wanted lower taxes, less government spending and a financially prudent government.

But, since then, the Modern Monetary Theory (MMT) crowd have emerged on to the American political scene. Their argument is precisely the opposite of the Tea Party’s. The MMT people say that government should print the money it needs and not worry about the debt.

Who will win? That’s easy to see: the MMT crowd. Fiscal prudence is well-nigh impossible in the US any longer. It could only slow the descent into ever more spending, debt and money printing.

Fiscal conservatives are merely virtue signalling in the hope they’ll live long enough to say “I told you so” when the consequences arrive. And if Nigel is right, those consequences are already here.

But the real action will be on the other side of the Atlantic, in Europe, where some nations are already on track to exceed their World War II debts!

Italy’s debt this year will exceed the country’s previous record amassed in the aftermath of World War I, laying bare the debilitating cost of the coronavirus pandemic on the euro-zone’s third-biggest economy.

The new borrowing tally of 159.8% of gross domestic product featured in a fiscal outlook ratified by Prime Minister Mario Draghi’s cabinet on Thursday. That exceeds the probable all-time high of 159.5% achieved in 1920, shortly before the era of Benito Mussolini’s fascist dictatorship.

That last sentence is a big a hint for what’s coming, by the way…

However, Italy is not the worst offender in this respect, as Matthew Lynn notes in the Telegraph also last month:

Which country in Europe has the most total government debt? Italy, perhaps, as it grapples with a depression that appears to have gone on for decades? Or maybe Greece after it nearly brought down the euro? Or even Spain after its wild boom of the early 2000s?

In fact, it isn’t any of those. As of this month, it is France. In hock to the tune of €2.67 trillion (£2.32 trillion), this month it finally overtook Italy as the Continent’s biggest debtor – and the third biggest globally.

There’s an important reason why Europe should have all your attention if you’re worried about a debt crisis more than inflation.

Why euro debts are more dangerous than dollar debts

Greece’s defaults and bailouts during the European sovereign debt crisis of 2009-12 were digestible for a simple reason. That reason was Greece’s size relative to the euro area currency bloc as a whole. That argument sounds simple, but there are some very important details hidden within it.

Before the euro, the Greek currency would’ve crashed as the Greek government printed up the money to fund its own bailout. Instead, the costs were born throughout the whole euro area, which meant that the currency’s drop wasn’t very large. German exporters were happy with the drop too, as it made them (even) more competitive outside the euro area.

But the problem has now shifted to far larger bond markets inside the euro area. A bailout of the euro area’s largest debtors would do far more damage to the currency and the economies using it.

Such a scenario would not necessarily involve a spectacular crash à la Lehman Brothers in 2008. However, it would require a government and central bank response that really would put the euro’s value at risk.

That’s what the Germans fear most, ever since their experience with an unpayable debt load after World War I. Attempting to pay that debt ended in hyperinflation. As the Germans see it, being on the hook for others’ spending is a little familiar…

If the Germans do refuse to risk a replay of that episode in order to rescue the French, Italian and other European governments from their own debts, then a Lehman Brothers-style 2008 crash really is on the cards. That is because nations would have to leave the euro and default on their debts in order to be able to print enough money to save themselves.

But that risk only applies in Europe – where there is a common currency to make things so dangerous there. All other over-indebted nations are in charge of their own currencies. And so they will prefer the inflationary route of printing the money needed to keep things going. In the euro area, as French politician Marine Le Pen explained to Greece’s prime minister, austerity and the euro are Siamese twins.

All these fears are beginning to make themselves felt in the political scene. Which, in Europe especially, is never a good thing…

Bloomberg’s article “French Voters Fret Over Debt Levels Not Seen Since the War” has some interesting twists too:

When Benedicte Peyrol, a lawmaker in President Emmanuel Macron’s party, meets constituents in central France, she says there’s one issue worrying them above others: a massive pile of public debt.

“Frankly, I was surprised,” says Peyrol, who’s 30 and trained as a tax lawyer. “It’s a rural area, debt isn’t necessarily an issue in day-to-day life, and yet people are very apprehensive about how we’ll pay it back.”

Such worries are more often associated with voters in Germany than in France, where successive governments have overseen an upward trajectory of public borrowing over decades without any major backlash.

What is the key insight that the Germans know already and which the French are in the process of figuring out? It’s simple: there’s no pain-free way out of this much debt. The three options are (much) higher taxes, inflation or a crisis: take your pick.

Not everyone wants to run this system into the ground, for all it’s worth. They want a system that is sustainable and which will function.

But it’s much too late for any European Tea Party to be effective. Interest rates are already at zero. Many government bonds actually have negative yields in Europe… and still the debt is ballooning, the economy stagnating and the government spending growing. Stimulus will fail again, leaving only more debt.

Any European Tea Party which tries to rein in government threatens to trigger a debt crisis too. The government is just too large a chunk of GDP to reverse without facing falling GDP. And falling GDP makes the debt-to-GDP ratio even worse.

This is what makes a seemingly manageable amount of government debt so dangerous. It only takes a pandemic to push things over the edge. And that’s why German voters tend to be fiscally conservative before a crisis. During one, it’s too late.

Meanwhile, French generals are openly warning about civil war in France, and they were backed by presidential candidate Marine Le Pen in their warnings. The letter from the military specifically talked about treatment of the Gilet Jaunes protestors – whose revolt is tax-motivated.

It therefore looks as though the end is much closer today than we realise for Europe. The main question is whether the endgame will be deflationary or inflationary. And a subsidiary question is how the monetary chaos will affect politics across the European Union (EU).

How will the UK fare?

Here in the UK, the government is buying into all the same mistakes of its EU and US peers. We’re on course to be in the same position as they are now, eventually.

The only good news is that we have our own currency and are not under the thumb of the EU’s financial rules. This means that the future is a little more predictable. It’s far more likely to be inflationary, as the Bank of England prints the money needed to keep our government’s finances flowing.

Either way, our international financial markets will be caught up in the carnage as other nations choose between the Weimar Republic (i.e. inflationary) and Lehman Brothers (i.e. deflationary) scenarios.

For investors, are there any escape routes?

There are precious few. This is one of them. 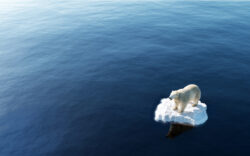 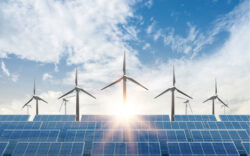 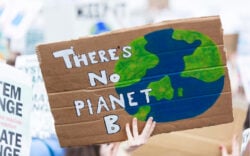