Not just another housing bubble 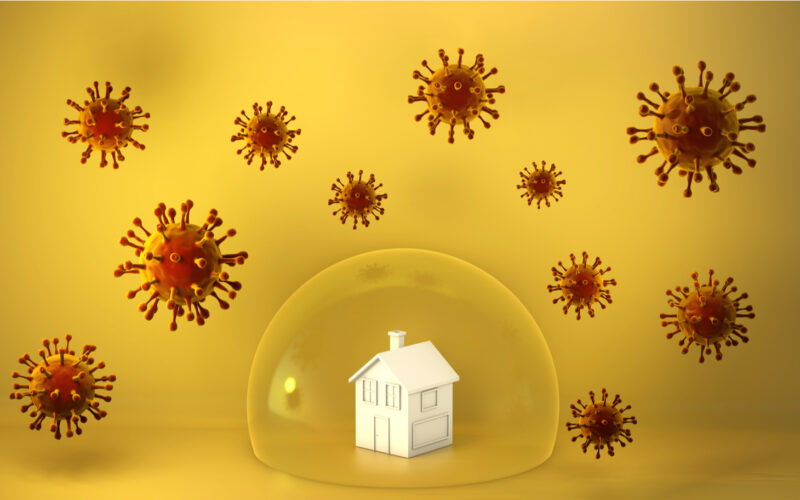 House prices around the world are booming in the midst of a pandemic, not to mention despite Brexit. But why? And will it last?

As you’re about to discover, I believe this goes beyond the usual housing bubble. But first, the data…

Global real house prices are surging the fastest on record according to Bank of Montreal’s Doug Porter.

“Pandemic boom drives UK house prices up by most since 2004” reports Reuters.

The median existing-home price in the US rose to $363,300 in June, which is up 23.4% from a year earlier and a record high. The Wall Street Journal called it, “extending steady price increases amid limited inventory,” but there’s nothing steady about it if you ask me.

Associated Press News has this head scratcher: “New Zealand spends billions to slow skyrocketing home prices”. That’s how out of control the boom is in New Zealand. They’re trying to stop it.

In Sydney, auctions are somehow managing to evade the lockdown according to one local economist: “Despite lockdowns in Sydney and Melbourne, we can see agents, buyers and sellers have the mechanisms to conduct high volumes of clearances, even with restrictions.”

So, how is all this even possible amidst all the lockdowns? And weren’t house prices overvalued already in many of these places? What’s going on?

Let’s turn to the esteemed economist Paul Krugman for our answer.

The basic point is that the recession […] wasn’t a typical post-war slump, brought on when an inflation-fighting Fed raises interest rates and easily ended by a snapback in housing and consumer spending when the Fed brings rates back down again.

To fight this recession the Fed needs more than a snapback; it needs soaring household spending to offset moribund business investment. And to do that, as Paul McCulley of Pimco put it, [the Fed Chair] needs to create a housing bubble to replace the Nasdaq bubble.

The answer is that it doesn’t matter. Because the policy response has been the same each time.

Which assets are most sensitive to interest rates? Government debt and house prices, of course.

Interest rates are charged on both mortgages and government bonds. The lower the rate, the cheaper it is to borrow to buy houses and build bridges to somewhere – or, indeed, to nowhere.

And so the answer to our opening question of what’s going on in the housing market is fairly simple. We’ve got another housing bubble on our hands. A spike in prices which is driven by cheaper debt.

The central bankers are trying to revive the economy by creating another housing bubble, just as Krugman and Paul McCulley argued they should in the past.

Now, you’re expecting me to predict the housing bubble to burst, right?

But I’m not so sure. That is because, this time, we may well have a different sort of bubble.

If I’m right about last week’s topic of financial repression, savers and investors will be robbed by the combination of low interest rates and inflation for years to come.

To be precise, interest rates well below inflation. That’s how governments repay their debt on the sly, remember. By devaluing the money their debt is denominated in, without letting interest rates compensate bondholders for this.

Anyway, faced with this scenario, the wealthy, fund managers, and anyone who can is borrowing as much money as possible. If you can’t beat them, join the debtors. Not a saver but a borrower be. That’s one way to escape financial repression.

But this presents a problem. What do you do with all that money you’ve borrowed? What sort of investments are well suited to high levels of leverage, in other words?

This is why house prices are being bid to absurd levels. The absurdity in the monetary system – inflation above interest rates – is driving the demand.

And it’s those who can afford to buy at absurdly high house prices who are still doing the bidding. The wealthy who have savings to put to work, but also want to use a lot of debt. That is why the house prices are so unaffordable. Real estate has become a means of escape from financial repression, and is priced as such, not priced as a place to live.

The media is on to the corporate borrowers:

Slate: “Investment Firms Aren’t Buying All the Houses. But They Are Buying the Most Important Ones.”

Let’s focus on Invitation Homes, a $21 billion publicly traded company that was spun off from Blackstone, the world’s largest private equity company, in 2017. Invitation Homes operates in 16 cities, with the biggest concentration in Atlanta, where it owns 12,556 houses. (Though that’s not much compared with the 80,000 homes sold in Atlanta each year, Invitation Homes bought 90 percent of the homes for sale in some ZIP codes in Atlanta in the early 2010s.) While normal people typically pay a mortgage interest rate between 2 percent and 4 percent these days, Invitation Homes can borrow money for far less: It’s getting billion-dollar loans at interest rates around 1.4 percent. In practice, this means that Invitation Homes can afford to tack on an extra $5,000 to $20,000 to the purchase price of every home, while getting the house at the same actual cost as a typical homeowner. While Invitation Homes uses a mixture of debt and cash from renters to buy houses, its offers are almost always all cash, which is a big leg up in a competitive market.

Nick, the negative interest rates have not helped anyone really. All it has done is push-up the price of property. Affordable housing in London now is £500,000. How can young couples afford that? And no interest rates means no income for savers!

Speculators now are buying up housing and leaving them empty, as an average house is making £40 k plus in the UK.

It will all crash of course, it has done before and will again.

Where I used to live north London, on the Cuffley ridgeway was a large detached house, quite large, possibly £1,000,000+. The foreign owner never moved in. He has a security guard 24/7, living there behind metal gates, now worth £3,000,000+. And when he is ready he will sell and move the money abroad, good if you can get it eh Nick.

Stay in Japan mate, I would.

Japan certainly is the land of affordable housing. Homes are considered depreciating assets here, like cars. In fact, the local problem is that there are too many people inheriting houses they can’t afford to pay the taxes for, but can’t afford knocking down either. Arson by the owner to escape taxes is a real problem according to the in-laws.

But that couldn’t happen in the UK, right…?

So, what should you do? Become a real estate speculator?

Perhaps, but it’s a high-risk proposition. As S.C. points out, property prices may crash.

I believe there’s a better way to escape financial repression. Find out what it is here.