The changing nature of money 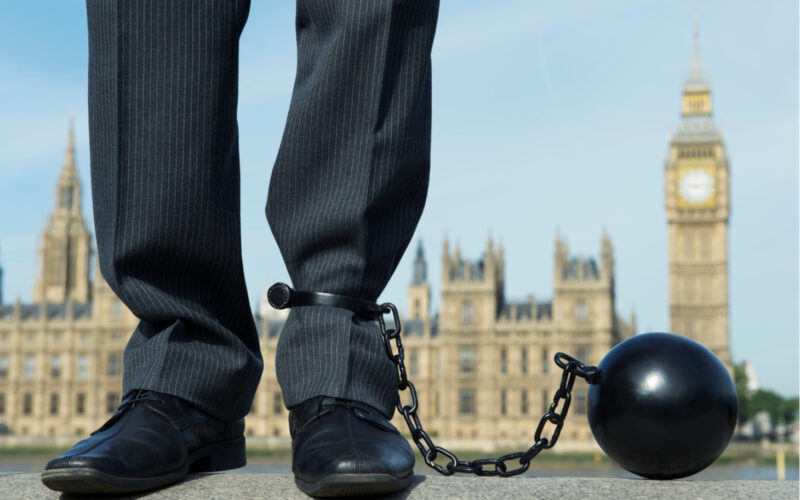 Back when you first subscribed to Fortune & Freedom, we wrote to you about the nature of money. And recommended going on your own personal gold standard. That article laid out the benefits of doing so.

But what of the alternative? What about the monetary system we actually have?

Three hundred years ago, a revolution in money began to happen in the UK and France, almost simultaneously. The very meaning of money began to change. I see it as a devolution – the opposite of evolution. But let’s reserve judgment for now and point out the nature of the shift.

Before the devolution, money was gold and/or silver. Money was, in that sense, independent from government. And it was real.

Promises to pay money and silver were debts and credits, and treated as such.

Today, money is whatever government decrees it to be, which is why we call it fiat money, meaning money by decree of the government. It is not real, just a digital number. Governments and their central banks control what is money, how much of it there is and who gets it.

But, what has happened in between? Something which has far more radical and broad implications than you might’ve realised.

Banknotes used to be redeemable for gold and/or silver. This made banknotes a promise to pay something.

That was a promise that the UK’s government (through the Bank of England) took on when it declared a monopoly on the issue of money, but it initially kept redeemability.

Focus, though, on how money went from being something to being a promise to pay something. That’s a big shift, even if nobody need notice it at first. But the consequences are immense.

There’s no longer any difference.

Suddenly, any promise to pay money is indistinguishable from money itself. In other words, nothing stops your government bonds, your shares and any other promise from being used as money, just as banknotes are.

They’re all just promises to pay, after all. Just as a banknote was a promise to pay.

Bonds, shares and other promises may have many different characteristics. But they could all be used as money, because they are all, in the end just promises to pay.

And, in the 1700s, the discovery of all this began to click into place. The distinction between real money and what could be used as money was suddenly lost. But it’s what happened next which is fascinating.

Contracts began to accept all sorts of assets as money because those assets were just as convenient as money – they were all just promises written on paper.

One of the strange side-effects of this was to make the demand for financial assets larger, while the demand for actual money (gold and silver) fell. Because they could be used as money, bonds and other financial paper promises became more popular. Gold and silver were cumbersome and inconvenient, by comparison. And, who would want real money when you can have shares and bonds instead?

But this shift has economic effects. It encourages speculative booms by making investments seem like money. Suddenly, the money supply was unstable and subject to the amount of financial assets people were willing to buy. And the value of those financial assets, which could boom… or bust.

In the 1720s, during the South Sea Bubble, things began to get really weird. Shares could be pledged as collateral for loans, which meant that you could use shares to borrow money. And you could use borrowed money to buy shares – money borrowed from the very company whose shares you were buying! Better yet, you could buy shares on instalments, which means paying only a small fraction of the price upfront.

In a world where money is merely a promise, the capacity to promise to pay becomes enough to “pay” for buying a real asset. Collateral pledged becomes  indistinguishable from money too, because it allows you to borrow money easily.

If you’re confused, that’s the point. Confusion and obfuscation of money is what triggered a boom driven by a faux increase in the money supply in 1720. All this financial engineering and the blurring of lines between money and investments made the money supply a dynamic thing.

And it encouraged share prices to boom spectacularly. Thomas Levenson’s aptly titled book Money for Nothing described how weird it got during the South Sea Bubble:

In late April the Company’s shareholders voted to allow the directors to lend money with South Sea stock as the collateral—creating a kind of circular financial engine, pumping more cash into a rising market, where each step up inflated the nominal value of the pledged shares, which could then be used to justify more lending, more cash, and […] more demand and hence higher prices on the Exchange.

In both France and the UK, the government used this blurring of the difference between money, debt and assets to try and extinguish impossibly high government debts. They engineered speculative booms in the South Sea Bubble and Mississippi Bubble, both of which soaked up government bonds as part of the scheme.

Somehow, a very boring asset in a sovereign bond was turned into a fantastically speculative asset by politicians. This was a process very similar to the sub-prime mortgage boom in the United States of 2007-08, where dodgy mortgages were turned into exciting investment assets too.

Similarly, during the Great Depression, people were able to pledge their shares as collateral for loans to buy more shares. This added a self-sustaining fuel to the boom, but also to the bust, as people had to cover the losses on their shares and their collateral and their loans all at once.

What you need to realise from today’s article is that concepts like money, debt, assets and interest are a lot more… flexible… than they might seem to you and me. They can be used and manipulated far more easily than we realise, because there is no base or rational limit to keep things anchored.

In the eyes of bankers and politicians, the financial world looks very different to what we would see.

For example, the idea that a government would pay off its debt is seen as a bad thing because government debt is a key investment asset for banks and pension funds. Politicians and bankers don’t want governments to repay debts. It would leave huge swathes of the financial system unstable, with a lack of low-risk assets to invest in.

Similarly, when central banks buy government bonds with their freshly created money under quantitative easing (QE), what they are doing is replacing an asset (a government bond) with money. But the difference between the two isn’t very big. So the effect isn’t either.

Money and a promise to pay money (a bond) are now almost indistinguishable. This is especially so, given that you can pledge the government bond as collateral to get money incredibly easily.

Thus, all that controversial QE is really just replacing de-facto money with money – a small difference.

The point of this odd discussion is that the money supply, in the meaningful sense that actually impacts the economy, is very unstable and volatile. The definition of money isn’t clear cut. Huge amounts of money can, in effect, spring out of nothing but promises.

That is the point: money is nothing but promises.

And when people stop trusting promises, that flood of money can evaporate incredibly quickly too.

The financial world is a lot stranger than anyone really has a grasp of. And that’s why we think you need to go on a personal gold standard by keeping some of your wealth in gold – the potential antidote to the funny money of the financial system.