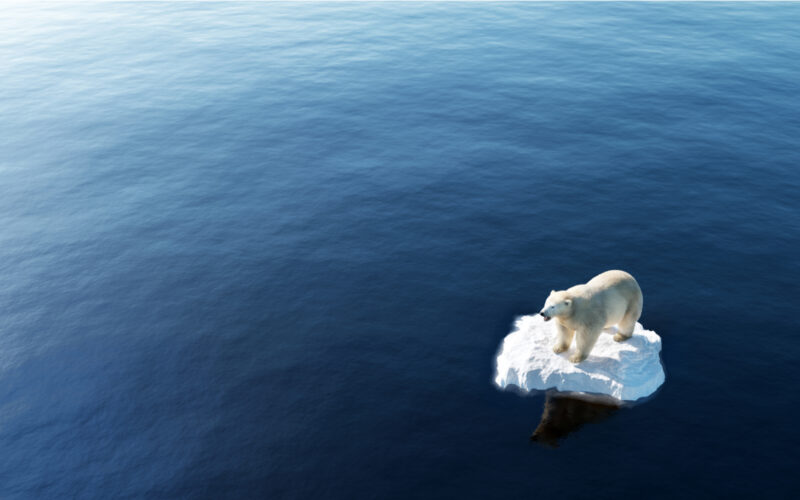 Which famous economist has it right on climate change? J.M. Keynes or F.A. Hayek?

Should the world’s governments interfere in our lives to try and save humanity and the planet? Or are such schemes inherently a bad idea?

The famous Keynes versus Hayek rap battle came out in response to the 2008 financial crisis. You can find it here.

Today, I’d like to apply the same thinking to the global mobilisation against climate change. But you can substitute Covid policies, the war on terror, or any other cause you like – the same analysis holds. Because it’s a question of whether central planning works, whatever the supposed purpose.

But first, what is the context, here? Why ask two defunct economists about climate change?

Well, these two quotes from Keynes and Hayek get to the heart of the big debate in economics… and politics and ideology generally for that matter:

“The ideas of economists and political philosophers, both when they are right and when they are wrong are more powerful than is commonly understood. … Practical men, who believe themselves to be quite exempt from any intellectual influences, are usually slaves of some defunct economist.”
– M. Keynes

“The curious task of economics is to demonstrate to men how little they really know about what they imagine they can design.”
– A. Hayek

On the one hand you have the government planners, driven by ideology from the likes of Marx, Keynes and Malthus, and on the other hand, those pleading that it’s a bad idea for central planners to meddle in people’s lives (like Hayek).

Who has it right? Should governments tell us what to do to solve problems? Or should they leave us to it?

This is a fundamentally different spectrum to left and right, of course. Those two sides both want to interfere in your life. Sometimes even in the same ways, even if for opposite reasons. Socialists must keep their people in, while the right wing tends to try and keep them out, but both build walls. The glory of the worker is rather similar to the glory of the nation, in practice. They both involve a lot of expropriation…

But those who actually stand against the left and the right are those who argue against coercion – against government interference – regardless of the cause or justification. Because men actually know very little about what they imagine they can design, so they shouldn’t presume to design the affairs of others at all.

As H.L. Mencken put it, “The urge to save humanity is almost always only a false-face for the urge to rule it.” To control others, for better or for worse, in other words.

In the rap battle which pits Keynes against Hayek, these were the key questions are about the 2008 financial crisis:

Well, if the government set the price of orange juice and the orange juice industry had a crisis, who would you blame?

Now, central banks set interest rates, and the industries most sensitive to interest rates were the ones which experienced crises in 2008. So, who do you blame?

And so how should we solve the 2008 crisis? With more government intervention or less? Or, even lower interest rates to inflate an even bigger bubble?

That’s because no politician can win an electoral race by declaring that they’re too stupid to design a government programme that will solve anything.

A politician who argues that they’re inherently too stupid to do anything in the political arena is a complete non-starter. And that is despite its being true.

Of course, eventually, there are so many failed government programmes that even voters get sceptical of the latest reincarnation of “the war on whatever-it-is”. Then you get a Thatcher or Reagan, who try to unwind their predecessors’ failed plans.

But that never lasts. That is because of the point noted above: it’s not very popular or sensible for a politician to plead ignorance and refuse to solve problems.

Now, let’s apply all this to climate change and the attempts to battle it.

The question is not whether climate change is real or not. Nor what policies we should put in place to battle it.

The question is actually whether governments can implement policies to battle it at all. Are governments capable of interfering in the economy in a way that keeps climate change to 1.5C?

I don’t think so. In fact, I think they’ll make climate change worse if they try.

Moreover, they will make climate change worse, alongside causing a whole bunch of other problems.

And that, in turn, will require even more and new government-implemented solutions.

Crucially, I believe this is inherently so, for the reasons Hayek mentioned. “The curious task of economics is to demonstrate to men how little they really know about what they imagine they can design.”

Alternatively, the curious task of economics is to demonstrate to voters how little politicians really know about what they are trying to solve. In this instance, climate change.

I had hopes that Covid-19 would make people question the nexus between the media, so called science, and politics.

That nexus is incredibly similar in the climate change arena and the Covid-19 arena.

If, after all, people really wanted action on climate change then they would just do it and not ask politicians to do it for them.

Then Hayek would be happy with the climate change prevention we come up with, because it would not be a grand central plan but an emergent order which comes from people’s actions, not politicians’ initiatives.

Hayekians don’t want no planning: they just want many small plans from individuals for themselves.

Today, the climate change gravy train is rolling on, faster than ever, gaining steam. It now has enough dependents and interested parties to achieve a whole new level of momentum.

Ironically, it is a bit like the oil lobby, farmers in most Western nations, and car companies.

All are at this point presumed to need government support to do much of anything. The debate is not whether to have subsidies, but how much and for whom.

Climate change has become an interest group with more lobbying power, subsidy eligibility and scientific grants than anyone else. Even the central bankers are on that bandwagon, as we discussed yesterday.

Keynes and Hayek were both right. Central planners might not know what they’re doing, but they’re going to do it anyway.

And that’s why you should position yourself to profit from the consequences.

The good news is, unlike the central planners being clueless about what they’re doing, it’s fairly easy to predict what the consequences of their policies will be.

Price controls create shortages. Subsidies create inefficiencies. Trade policies create trade wars. Currency pegs often break. Common currencies create divergences between nations. Central banks cause asset price bubbles. Hayekians have been busy explaining precisely how and why central planning fails, after all, even if no politicians or voters listen to them. But investors should.

All of these examples of government plans failing are opportunities, as George Soros, American corn farmers and German exporters can attest to. But the greatest force of all is the ability of central banks to inflate asset bubbles.

And that’s happening right now, in the climate change arena. Which is why we’re launching Beyond Oil 3 this week, to help people get on board the gravy train.